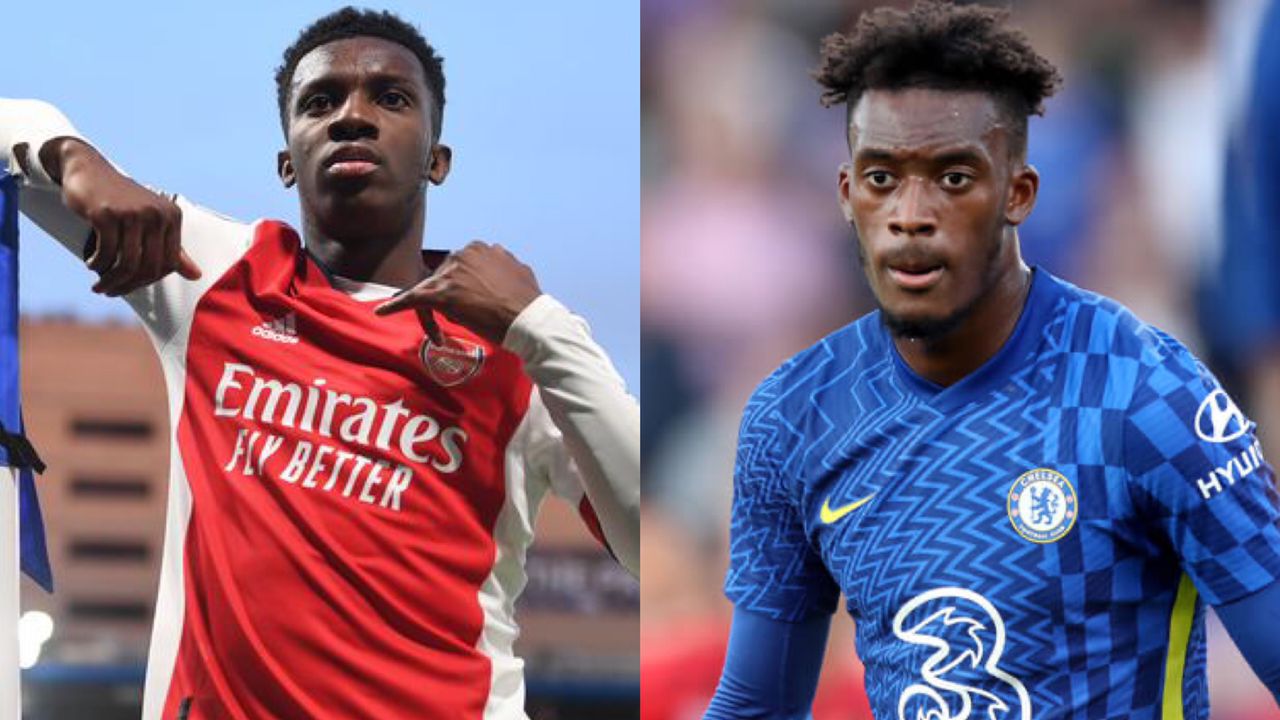 According to rumours, Arsenal striker Eddie Nketiah and Chelsea star Callum Hudson-Odoi have been ‘persuaded’ to abandon England and join Ghana’s national team.

Both Nketiah and Hudson-Odoi were crucial members of the Three Lions’ junior teams, but they appear to be on their way out of the senior squad.

Nketiah has the most goals for the England U21s, with 16 in 17 matches. Southgate may have been enticed by his recent form with Arsenal to have a closer look at the 22-year-old.

Hudson-Odoi has even played first-team football for England. In 2019, he made three appearances, but due to a lack of playing time with Chelsea, other players have surpassed him in Southgate’s estimation.

Over the previous year, the 21-year-old has declined repeated calls-ups to the U21 squad, claiming that it is in order to increase his prospects of playing more under Blues manager Thomas Tuchel.

However, he had the option of switching to Ghana, for whom he will be eligible to participate in the 2022 World Cup.

It was unclear if Hudson-Odoi would be permitted to switch allegiance after playing for England in a competitive match.

According to FIFA rules, a player who has competed in a World Cup, European Championship, or any organised game cannot change nationality.

Hudson-Odoi, a World Cup winner at the age of 17, appeared in 169 minutes for the Three Lions during their successful Euro 2020 qualifying campaign. He did not make the finals squad of 25, which was announced last summer.

Players who have appeared three or fewer times before the age of 21 are exempt from the regulation, according to FIFA. Hudson-Odoi made every appearance between the ages of 18 and 19.

Last year, the 21-year-old was passed over for England U21 call-ups in August, October, and November.

Despite links to Ghana, Three Lions manager Southgate gave no assurances about his international future:

“I’m trying not to make too many changes to a squad that brought us to the final [of Euro 2020]. Also, make sure that young players have to earn the right to play.”