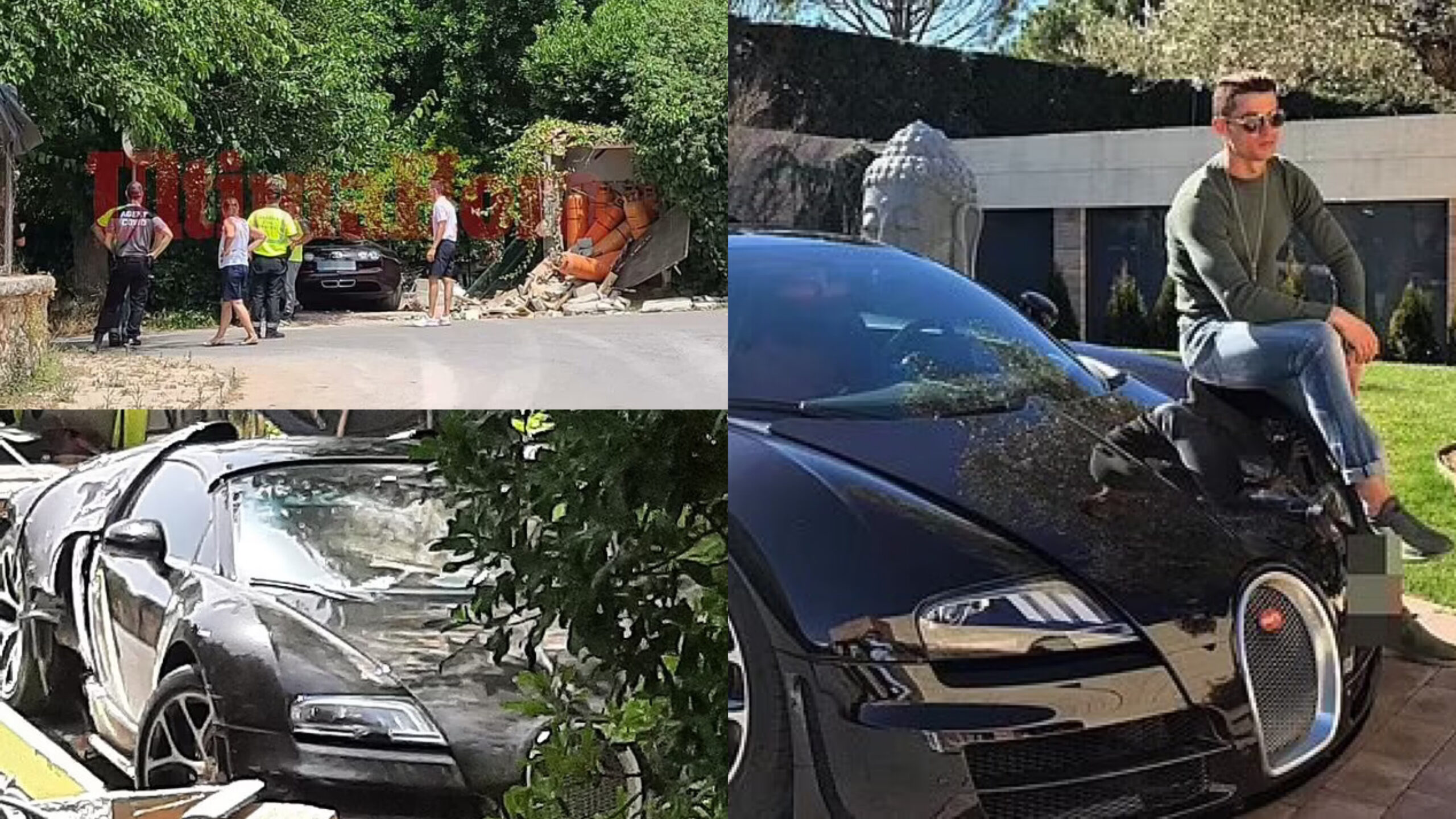 Cristiano Ronaldo’s employee has crushed the player’s car Bugatti Veyron’s £1.7m worth into a wall in the east coast resort of Sa Coma.

The Manchester United striker and his family are presently on vacation in Majorca, and two of his vehicles, including the £1.7 million 900 horsepower Bugatti Veyron that crashed, were apparently shipped over.

The collision is thought to have occurred at 11 a.m. on Monday, and while first reports suggested Ronaldo was behind the wheel, it was later revealed to be a Portuguese star’s staffer.

The vehicle’s driver was unhurt, but the car’s front end was seriously damaged.

After leading Portugal to the Euro 2016 title, the striker bought the car as a present for himself.

After Ronaldo’s previous appearances for Portugal in the UEFA Nations League, he and his family travelled to Majorca on June 14.

According to the Mail Online, Cristiano, his partner Georgina Rodriguez, and his five children are renting a beautiful property at the foot of the Tramuntana Mountains while also taking advantage of the star’s super yacht.

The event is currently being investigated by the authorities, but no public remark has been made.