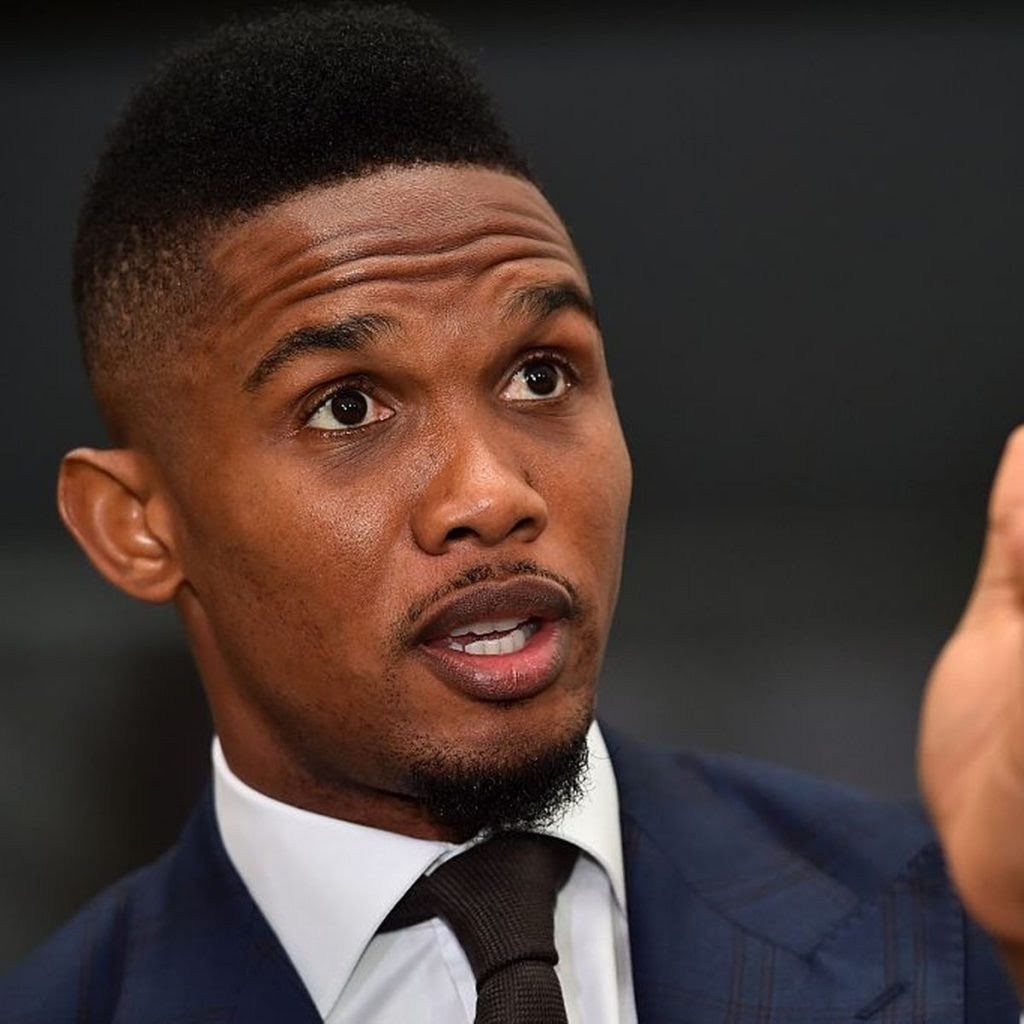 Former Cameroon and Barcelona footballer, Samuel Eto’o has been declared as the father of a 22-year-old woman by a court in Madrid

Eto’o who is the current president of Cameroon FA has never acknowledged that he was the father of a woman, Erika Do Rosario Nieves and he did not attend the court proceedings in Madrid.

But on Thursday, February 17, Court number 83 in Madrid reached a verdict to conclude a legal process that was commenced by the woman’s mother in 2018.

The young woman’s mother Adileusa is said to have met Eto’o at a nightclub in Madrid in 1997 when he was playing for Leganes, who were based near the Spanish capital.

Eto’o spent the 1997/98 season on loan at Leganes from Real Madrid netting four goals in 30 appearances – before briefly breaking into the first-team squad of Real Madrid.

As a result of the relationship that developed, the lawsuit stated, the woman discovered in February 1998 that she had become pregnant.

The lawsuit added that Eto’o “told her that he would act responsibly with respect to the common child, although he preferred that she did not give birth to the child.”

The lawsuit added: “during the pregnancy she tried to communicate with the future father (Eto’o), but he did not answer her phone calls or reply to her emails.”

Eto’o is alleged to have ended all communication with the mother, who gave birth to Erika in the Alarcon Foundation hospital in Madrid in 1999.

The mother of the child started the lawsuit in 2018 by providing biological evidence that supported her testimony that Erika was the daughter of the former striker.

Eto’o is said not to have been involved with the court at any point during proceedings and was not present during the decision.

In its ruling, the court ruled that Eto’o must now pay allowance to the young woman totalling €1,400 per month and dated back to the moment that the lawsuit was filed.

Eto’o is widely recognised as one of the greatest African footballers of all time.

During his career he scored 70 goals across four seasons at Real Mallorca before starring at Barcelona between 2004 and 2009 – netting 130 goals in 199 appearances.

He also won two Champions League titles, one with Barcelona and the other with Inter Milan..

He went on to have spells with Chelsea, Everton, Sampdoria, Antalyaspor and Konyaspor, before finishing his career with Qatar SC in 2019. Previous post Abba Kyari: We have no reason to shield anyone in 25kg cocaine probe – NDLEA