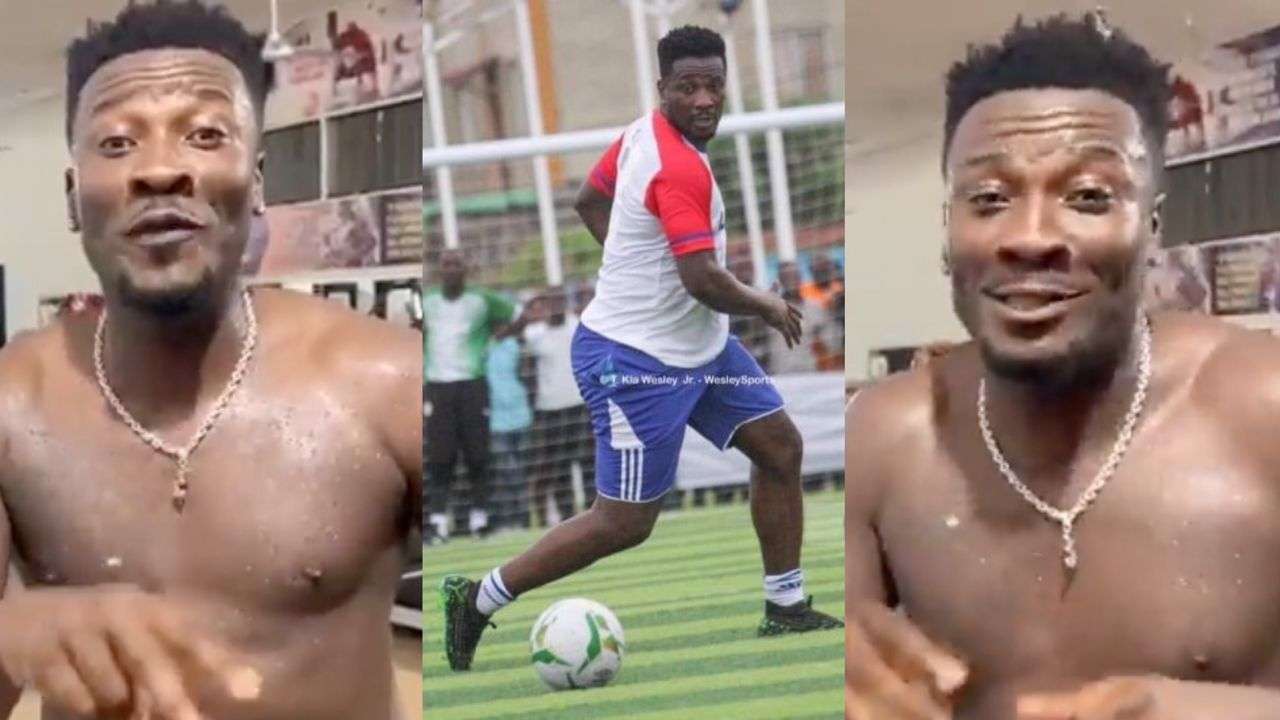 Asamoah Gyan, the all-time leading scorer for the Black Stars, has displayed a trim physique as he prepares to play in his fourth World Cup.

On Tuesday, a video of Gyan performing the hit song “Klu Blofo” by Buk Bak went viral on social media. Gyan was a former Sunderland and Udinese striker.

Compared to earlier films and pictures of the former Ghana captain, his body appeared considerably more leaned out in the footage recorded inside a gym.

The video was released after Ghana’s Black Stars’ 0-3 loss to Brazil in a friendly match on September 23 in France.

Ghana has earned the right to compete in the event and has been placed in Group H for the preliminary round with Portugal, Uruguay, and South Korea.

I decided to go old school hip life. Vim yaazo 🔥🔥🔥. Big ups @princybright and Ronny coaches (RIP) for giving us bangers back in the days 🔥🔥🔥 pic.twitter.com/EPYQOYo57E

The 36-year-old has participated in each of Ghana’s three World Cup appearances, which have taken place in Germany, South Africa, and Brazil, respectively, in 2006, 2010, and 2014.

Next post The youth have no sense, only the old can lead Ghana – Grey-haired KT Hammond says