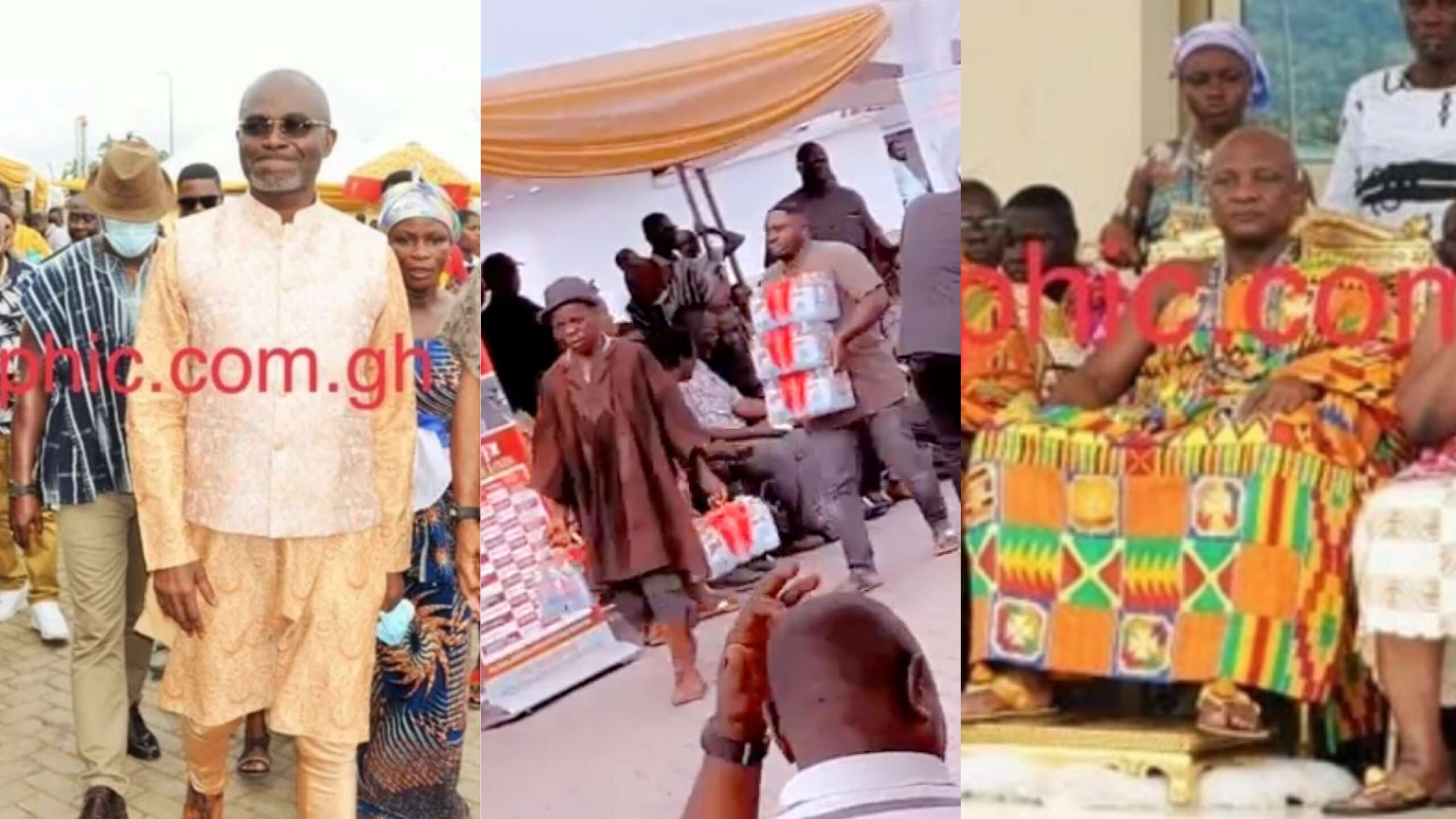 Kennedy Agyapong was shown the exit when he presented gifts to the Awomefia of the Asogli State Togbe Afede.

At the Yam Festival (Teza) of the Anlo people on September 9, 2022, the Assin Central MP presented a gift to the people and the chiefs but it was rejected.

Kennedy Agyapong was in Ho to honour the traditional chief in person, according to Graphic Online, but his presents were turned down and he was informed that both his attendance and the gifts were uninvited.

According to the state-run media source, at the durbar grounds, certain sub-chiefs acting as Togbe Afede’s middlemen to accept the presents rejected them and requested the prospective NPP flagbearer, politician, and businessmen to remove them.

Because of several derogatory remarks made regarding Togbe Afede, the Asogli State decided to reject Agyapong’s presents.

The palace spokeswoman provided Graphic Online with an explanation of the grounds for rejecting the gifts, stating that it was due to “his obvious lack of respect” for the Agbogbomefia.

“A few years ago, Kennedy referred to our Agbogbomefia as a corrupt person who used his position as the chairman of the National Investment Bank board to do fishy deals.

“We have also not forgotten the comment Kennedy Agyapong made some years ago about the Ewe and Ga people,” the spokesperson said.