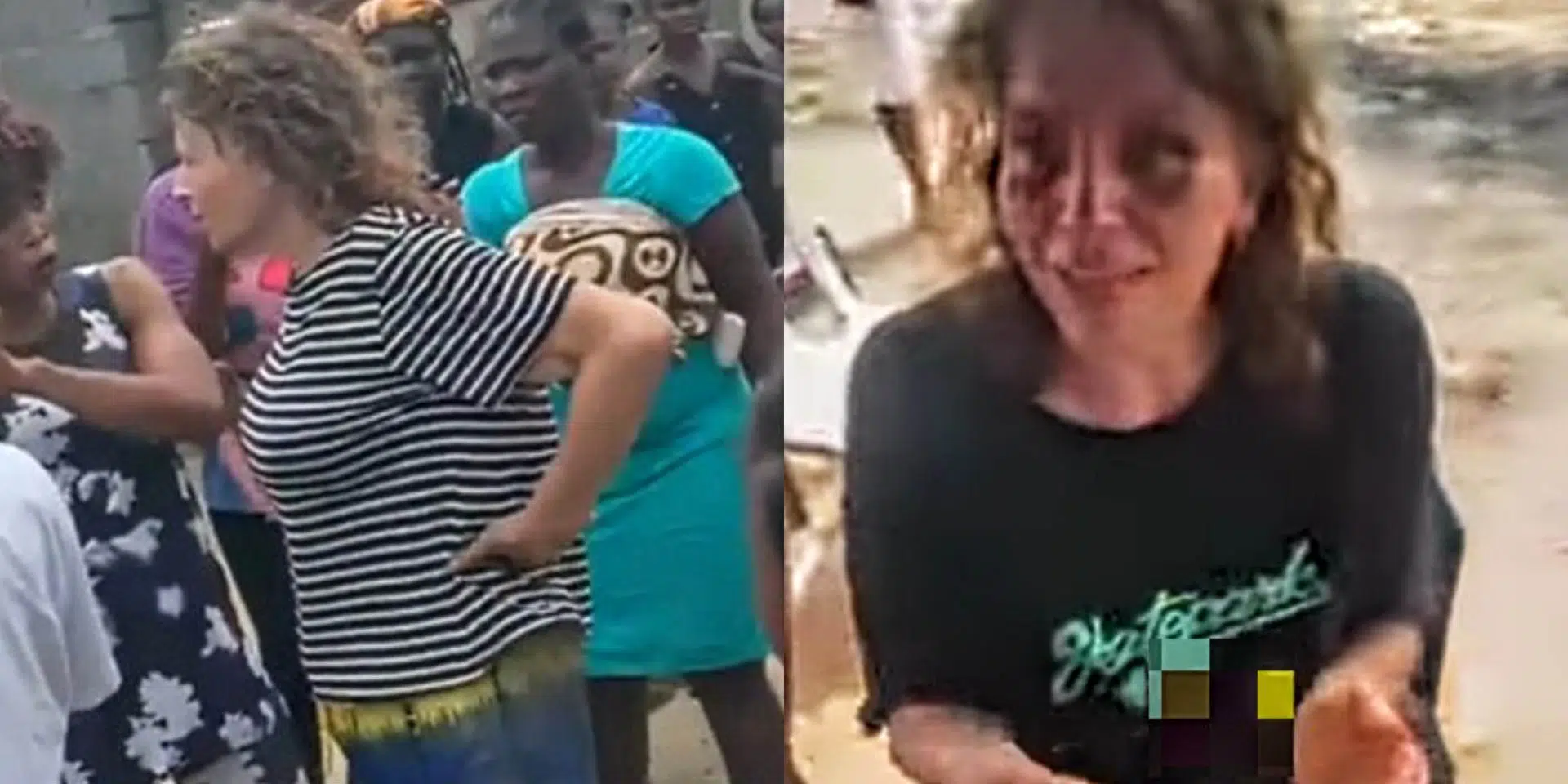 An American woman could not find answers when she mysteriously found herself on the streets of Lagos, Nigeria.

Three days after a yahoo boy used ‘juju’ to bring her from California, USA, to Nigeria, an American lady has apparently returned to her senses.

This resulted in an unparalleled drama in the Badagry district of Lagos State.

According to reports, the troubled lady has now explained how she mistakenly entered the nation three days ago and camped in the boy’s Badagry home.

According to a source, a struggle erupted after the lady regained consciousness and demanded to know how she arrived at his place.

This prompted onlookers to intervene, resulting in the incident being recorded.

For the uninitiated, Yahoo is a word used to describe online fraudsters in Nigeria.