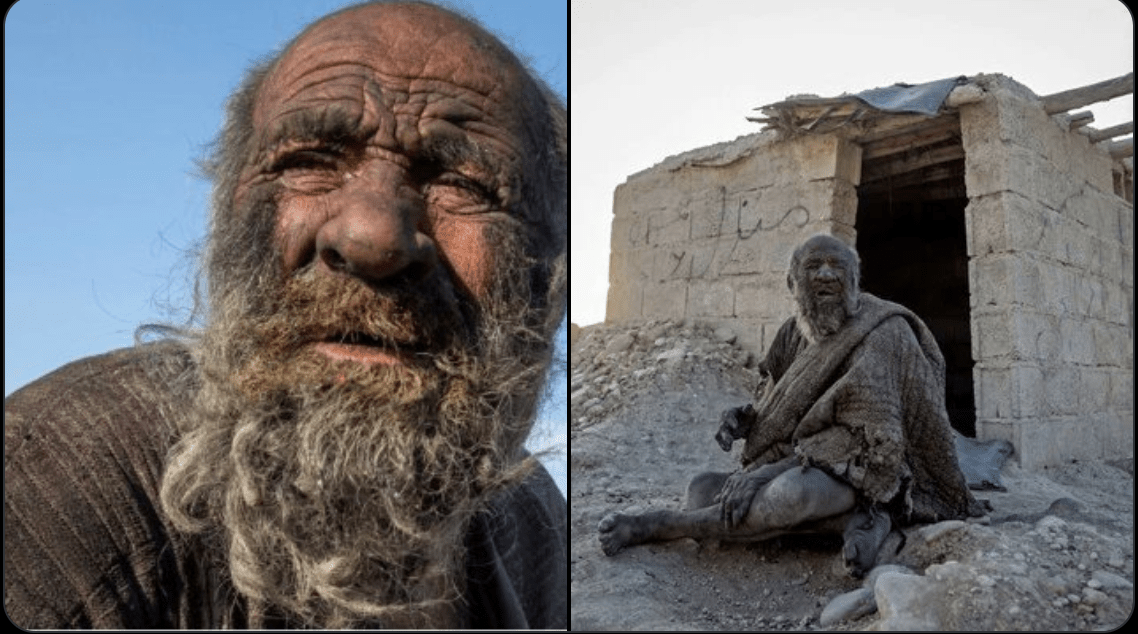 World’s dirtiest man dies after taking his first bath in over 50 years.

According to official media, an Iranian hermit dubbed the “world’s dirtiest man” after going more than 50 years without taking a shower has passed away at the ripe old age of 94.

The old individual known affectionately as “Amou Haji” passed away on Sunday in the village of Dejgah in the southern province of Fars, according to the Irna news agency.

Local media claimed that Haji, who was covered in soot and lived in a cinder-block shanty, hadn’t taken a bath with water or soap in more than 60 years. He refused to wash because of “emotional hurdles in his youth,” according to the villagers.

The Tehran Times stated in 2014 that Haji would consume roadkill, puff on an animal excrement-filled pipe, and felt that cleanliness would make him ill. He was captured on camera puffing on multiple cigarettes.

Irna stated that a few months prior, villagers had finally convinced him to wash.

The unofficial record may be passed to an Indian man who had not taken a bath for a large portion of his life after Haji passed away.