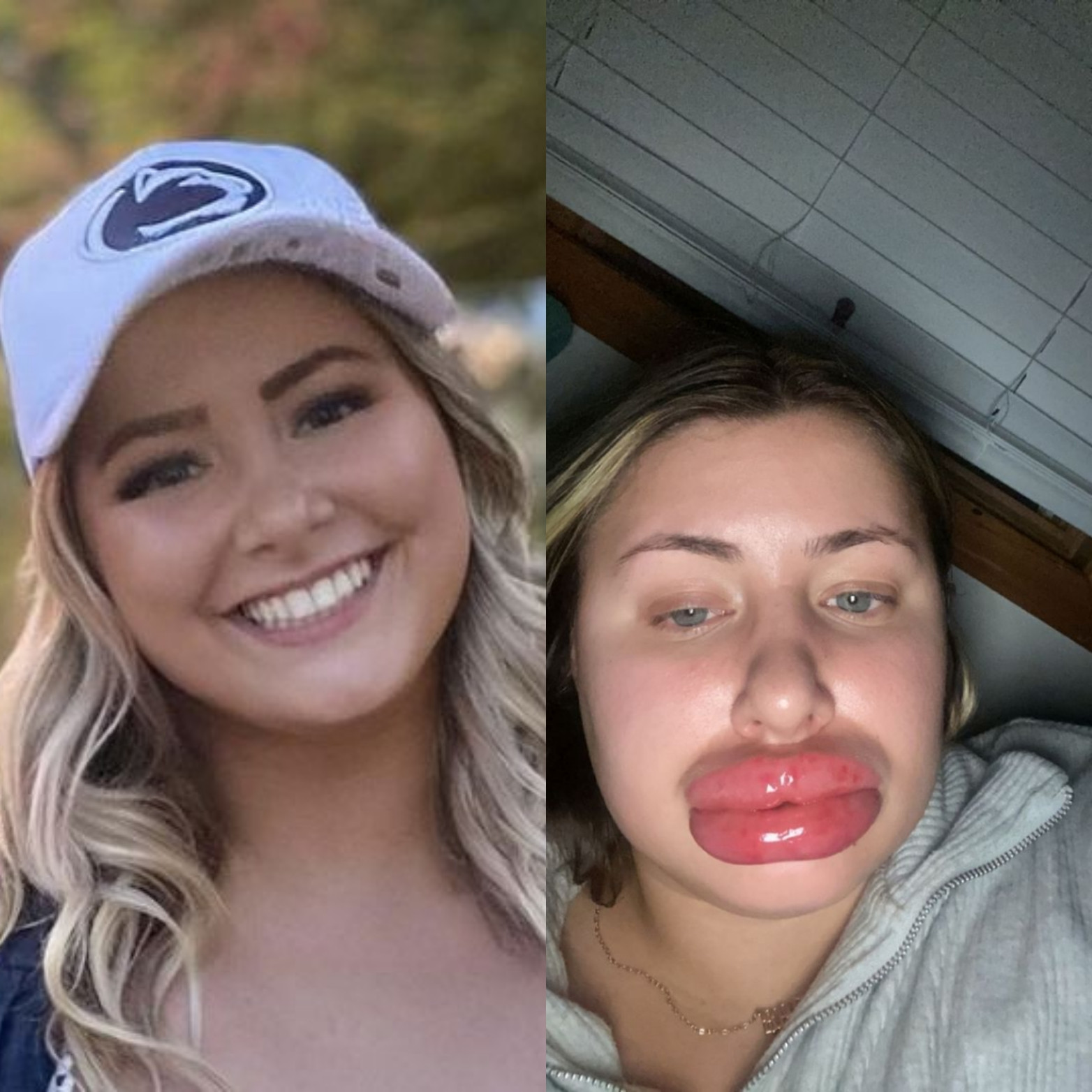 A woman’s lips became extremely swollen after she suffered an extreme allergic reaction to her lip fillers.

Kailee Jones, 23, got the injections because she thought her lips looked too small.

She had 1ml of lip filler placed across her upper and lower lips, but claims that within an hour of the treatment her lips began to “balloon”.

Kailee believes that she had an allergic reaction to the lip filler and says applying ice to her mouth only made the swelling worse.

The technology consultant spent the next 48 hours unable to speak, drink or eat normally because of her sore “sausage lips”.

Kailee has shared the photos of her allergic reaction to warn people about the possible side effects of lip filler.

The graduate, from the US, said: “I’ve always had thinner lips and they disappear when I smile so I wanted to make them fit my face a little bit more.

“Everything went well at the appointment and the first hour after it started swelling but I think it was just normal because they do swell.

“I kept icing them and I think that the ice might have made it worse because then they really started to blow up.

“Once it hit after an hour or two they were really big and then it was 48 hours of them being that big.”

She added: “I couldn’t drink anything or even open my mouth to talk – I couldn’t speak.

“I would say they were eight times the size of my normal lips, it was unreal. I looked like the Monsters, Inc. character.”

Doctors gave Kailee oral steroids to bring the swelling down, but wanted her that the swelling may close her throat if it travelled from her lips to her neck.

Luckily, Kailee’s lips began to calm down after three days and she didn’t need further treatment or for the filler to be dissolved.