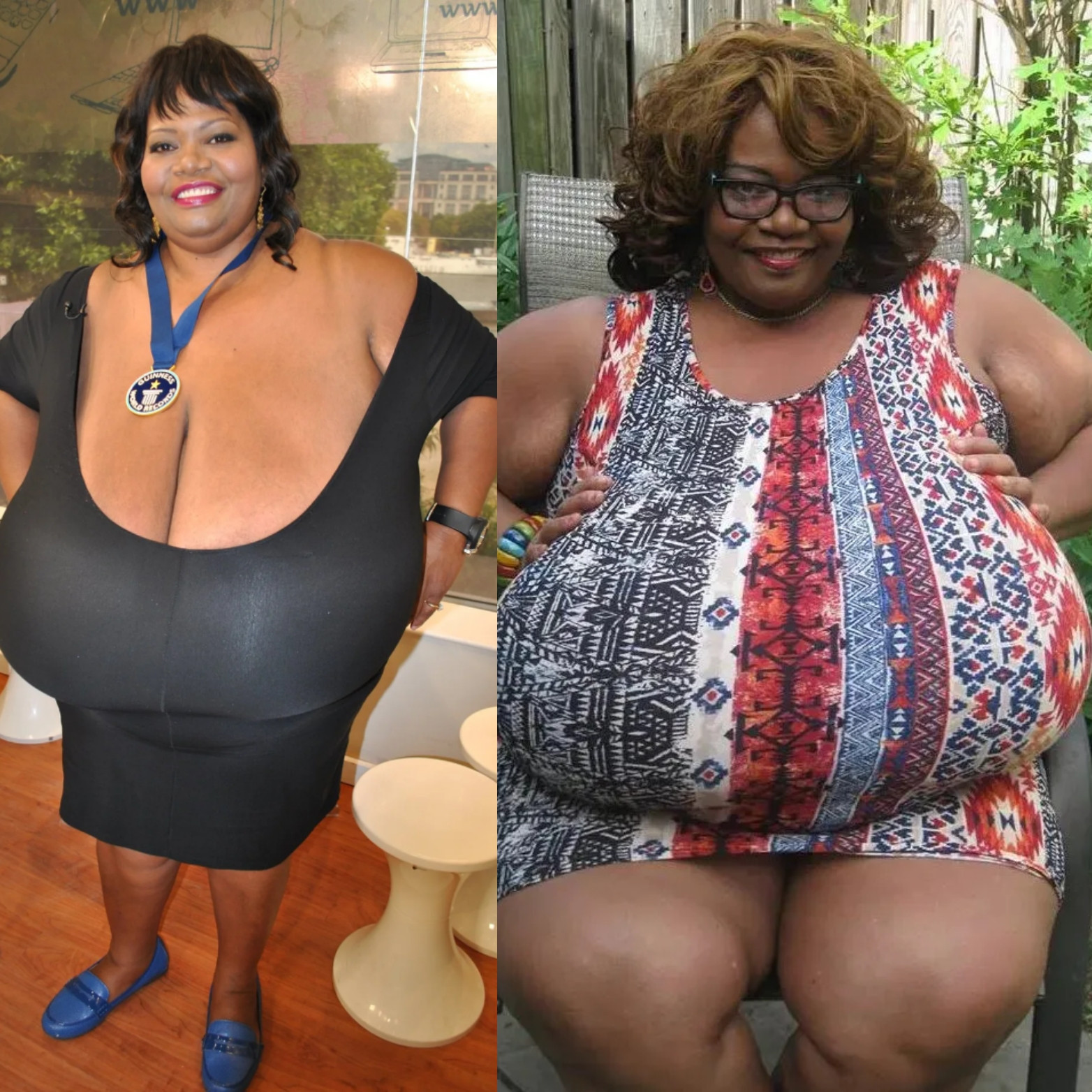 A woman whose breast are officially the world’s biggest has disclosed what it’s like living in her shoes.

Annie Hawkins-Turner said she is attacked everyday by vile trolls. Despite that, she says many men see her 102ZZZ-cup breasts as their ultimate fantasy and she has been able to make a fortune from them.

The mum-of-two, from Atlanta, Georgia, holds the Guinness World Record for her  boobs, which weigh 65lbs each and are over four and a half foot in length.

She was diagnosed with gigantomastia, a condition that involves slow, progressive growth of breast tissue which meant they kept growing throughout her life.

Annie began developing breasts at the age of five, by nine they were a size 36D and she has suffered bullying throughout her life.

“When I go out of my house I have to think about what my day is going to be like and who is going to attack me today,” she once said during a TV interview in the UK.

“Every day someone teases me that doesn’t know me. They make fun of me and there’s no reason. I’m human like everybody else.

“I’m just blessed in different ways than other people. It affects my son very badly because people stare.”

Annie’s life changed in 1991 she met the “love of my life” Allen Turner, an air force officer who was 20 years her senior.

“To my shock I discovered Alan loved big women and thought my breasts were magnificent,” she said.

“Despite the age gap we got on really well.  He boosted my confidence continually told me I was beautiful and accepted me and my kids.”

After dating for five years the pair got married and Allen encouraged Annie to start making the most of her super-size breasts.

“He encouraged me to send in some pictures to a specialist magazine a year after we met and I was inundated with requests,” she said.

“It was a magazine that featured white women and I was featured, breaking, I guess, another record.”

Annie’s career blossomed from there. She set up a website and charged men to admire her boobs.

Within months she had over a million subscribers and made £40,000 in her first year.

Doctors have advised Annie, who is a size 22 and 5ft 6in tall, to have a breast reduction but she has refused.

“I don’t want to mess with nature. As my breasts grew the muscles in my back developed and supported them,” she said.