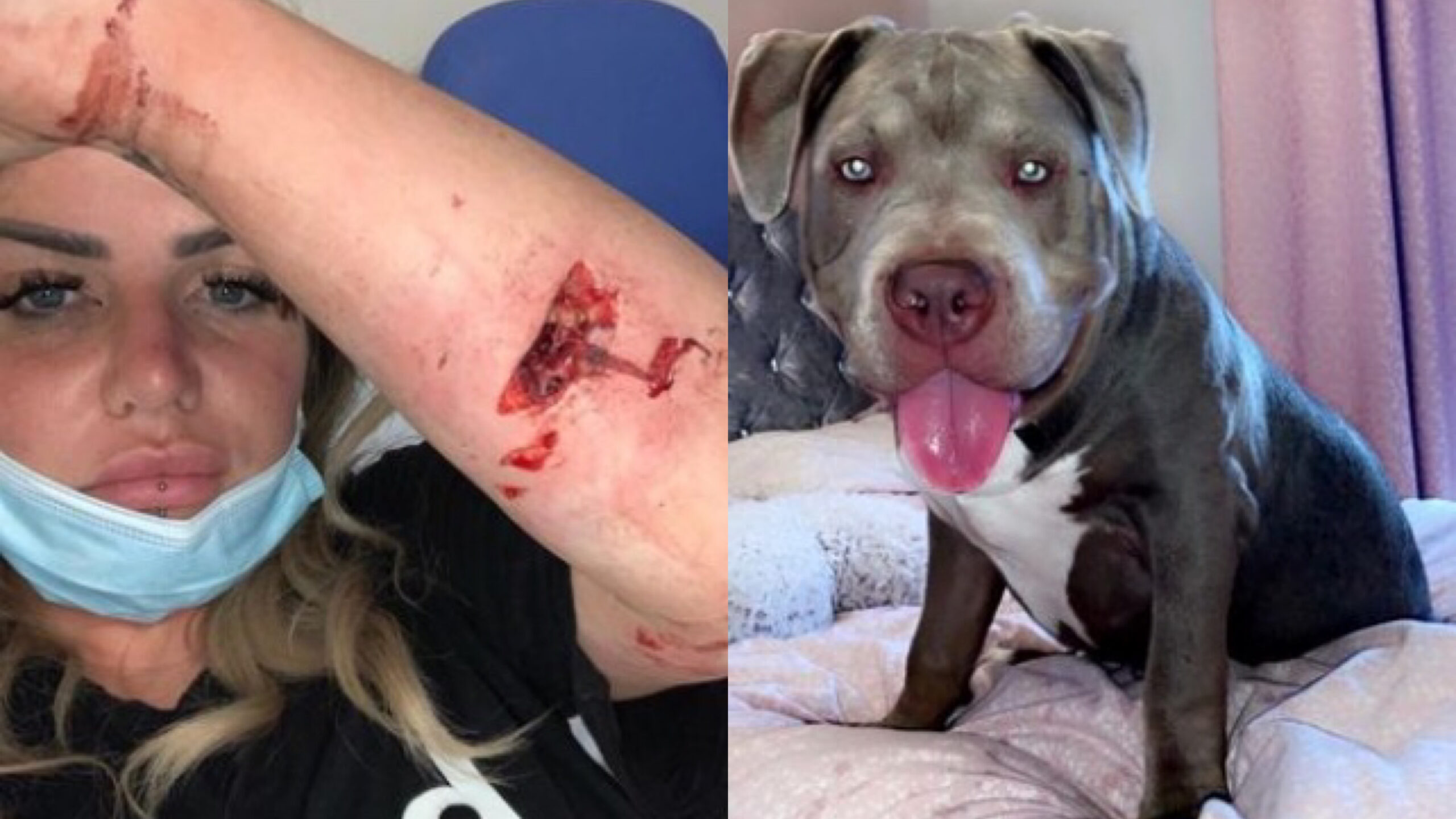 A dog owner bitten 25 times by her American Bully dog claims the breed is not dangerous and she lets her three young children still live with one.

Stephanie Jones was attacked by her six-month-old Bully dog, Chase. Following the attack, the dog was put to sleep.

The 32-year-old mum was rushed to hospital, where she caught skin infection cellulitis and was left with chunks missing from her arms.

But she claims judging all Bullies because of the action of one is wrong. Stephanie, from near Swansea, South Wales, bought the dog for £3,000.

Months after buying the dog, it attacked the family’s Caviler King Charles Spaniel, Lola, and the two dogs were kept apart from them.

Not long after, it attacked Stephanie’s other Bully, Cookie, who was around 18-months at the time, in front of her kids, who are aged four, five and seven.

Stephanie stepped in and grabbed his collar.

She told the Mirror; “He went mad, he’s bitten me 25 times on my arms. He put me in hospital and I had both my arms flushed out then I caught cellulitis in hospital as well.”

But Stephanie said her other American Bully Cookie had only been interested in protecting the children during the attack and got between them and the aggressive dog.

She said: “I genuinely think that when you have these dogs that aren’t wired right, it is down to breeding and how people bring them up.

“My thing is, I brought both dogs up the same way and if the whole breed is a danger surely my other one would have turned as well, but she didn’t.”

Stephanie said people are “shocked” that she kept Cookie after the attack, but insists: “You can’t tar them all with the same brush. She’s literally my best friend. If I thought anything negative about this dog I wouldn’t have her around my children.

“If it’s anyone who should be against Bullies, it should be me after what he’s done to me. They are not all the same, 100 percent.”