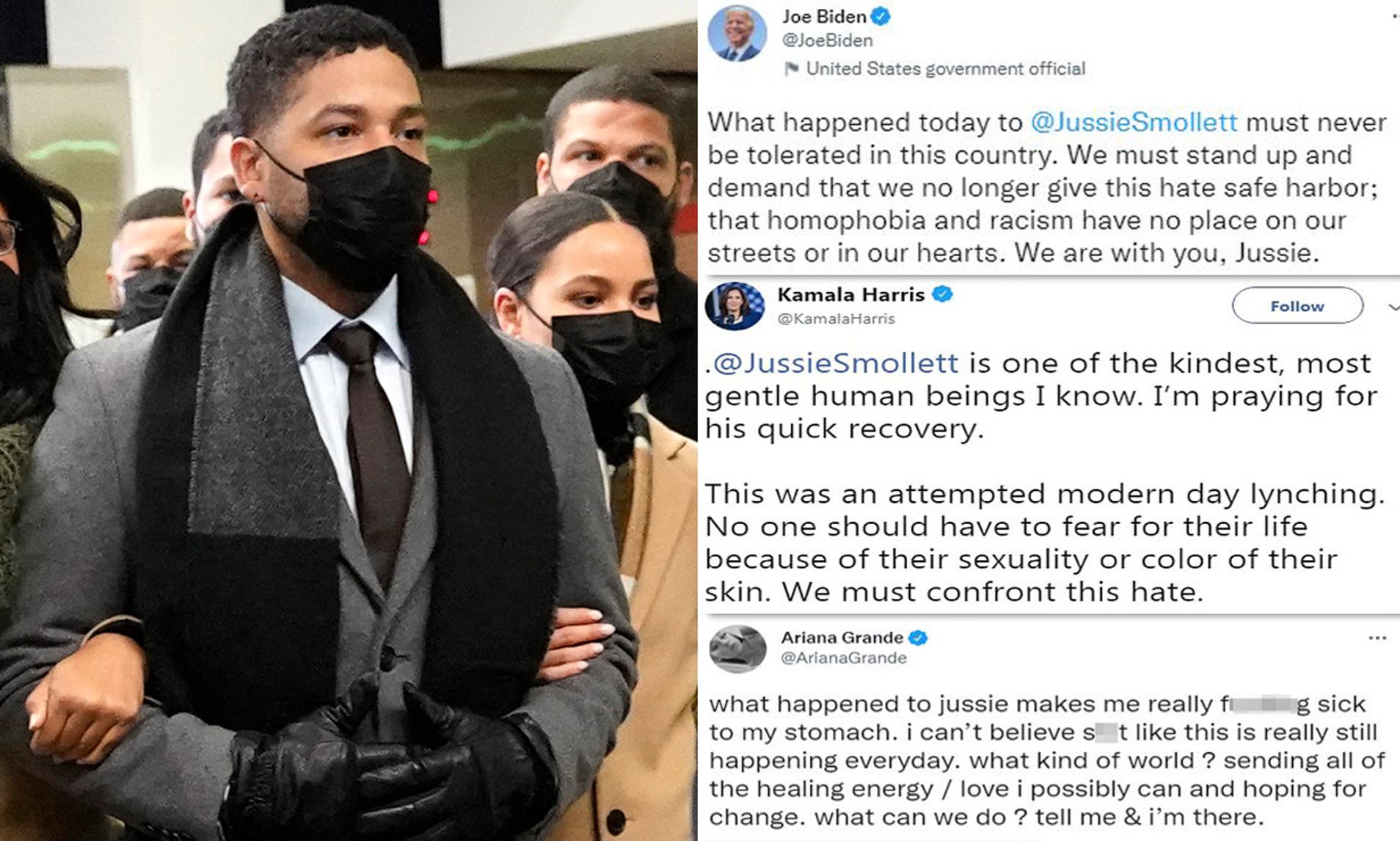 Old tweets from US President Joe Biden, Vice President Kamala Harris, Nancy Pelosi, and a slew of other Democratic celebrities supporting Jussie Smollett on the same day as the alleged January 2019 attack, which he has now been convicted of fabricating, have resurfaced.

Hours after Smollett, who is black and gay, staged a beating, Biden, then a presidential candidate tweeted: ‘What happened today to @jussiesmollett must never be tolerated in this country.’

‘We must stand up and demand that we no longer provide a safe harbour for hatred; that homophobia and racism have no place on our streets or in our hearts.’ ‘We’re here for you, Jussie.’

Kamala Harris, then a presidential candidate, wrote; ‘Jussie Smollett is one of the kindest, most gentle human beings I know.  I’m praying for his quick recovery. This was an attempted modern-day lynching. No one should have to fear for their life because of their sexuality or the colour of their skin. We must confront this hate’

The tweets are still live on their accounts, and they have since drawn a slew of mocking comments in the aftermath of Smollett’s guilty verdict.

Trump Jr. responded to another old tweet from civil rights activist Reverend Al Sharpton, saying that “the guilty must face the maximum.”

‘I’m with you Al, I think all of America is with you on this one,’ said the former president’s son. The guilty must face the full extent of the law.’

Trump Jr later tweeted, ‘I’m just happy to live in a country where people will go to jail for attacking a gay black man…’ That s**t has no place in America or anywhere else, and I am glad the perpetrator was brought to justice.’

Smollett could face up to 20 years in prison, but because this is his first offense, the judge could sentence him to probation instead.