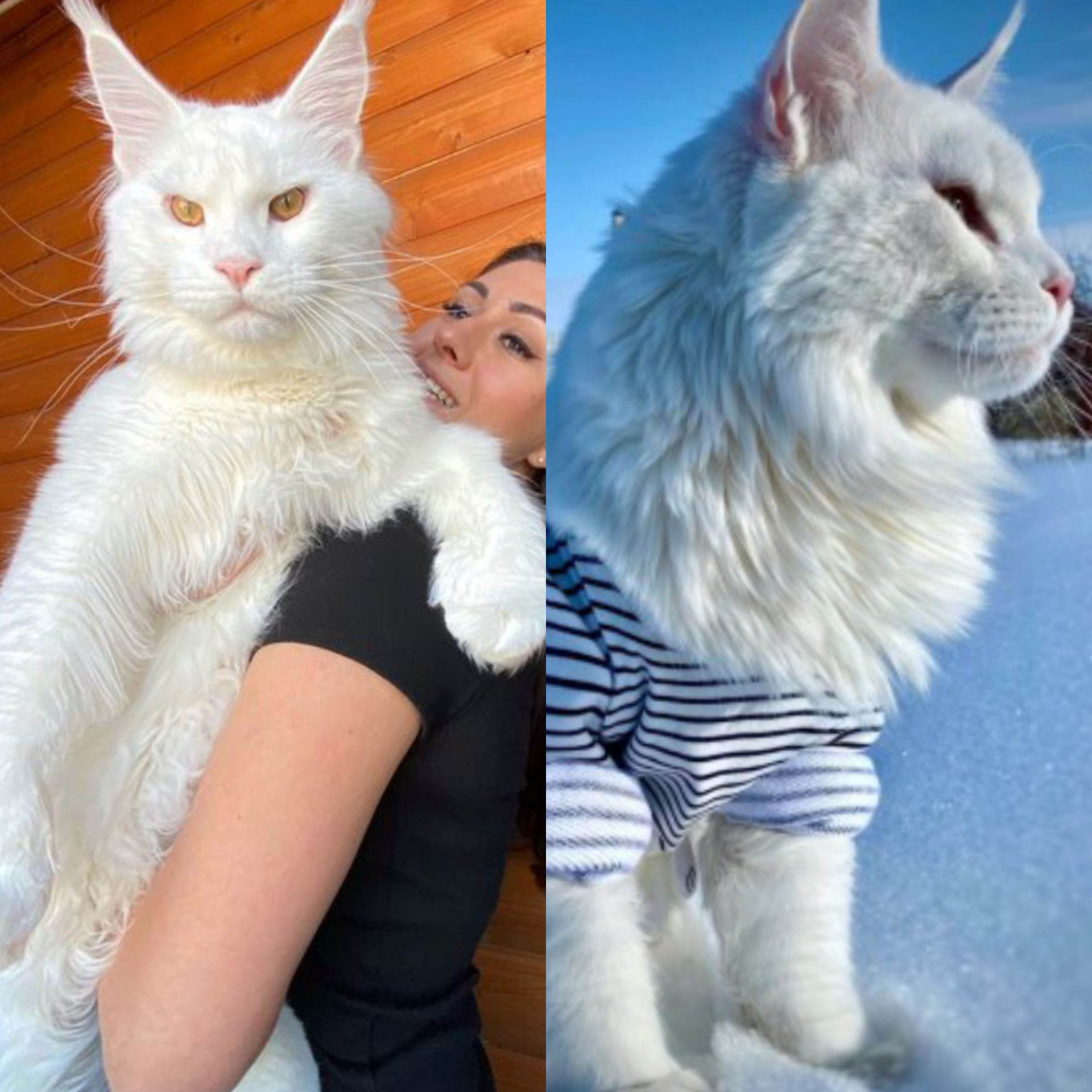 Yulia Minina, a woman who lives in the Russian town of Stary Oskol has shared photos of her big cat, that most times gets mistaken for a dog.

The cat, known as Kefir, is a Maine Coon kitten and is still growing. At the rate at which the kitten is growing it could soon become the biggest domestic cat in the world.

Weighing a whopping 12.5kg (27lbs) at less than two years old, he’s already surpassed the average adult weight for his breed (6.8kg to 11.3kg), and will continue to get bigger until he’s three or four years old. 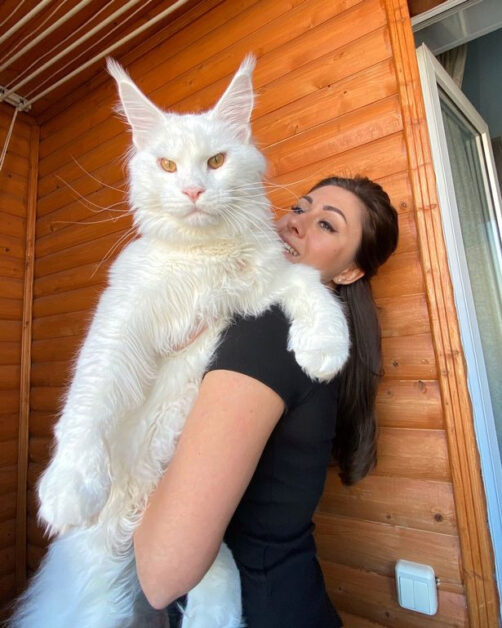 Yulia says she bought Kefir named after the milky yoghurt drink as a small kitten from a cattery, after falling in love with his snowy white fur.

He refused to eat dry food so is fed on a diet of meat and natural feed.

She revealed the cat is very gentle and playful but many people don’t realise that due to his intimidating size.

Yulia says: ‘I could not even think that an ordinary baby can become so big.

‘He not only grew up big in appearance, he is also very smart and always behaves calmly. 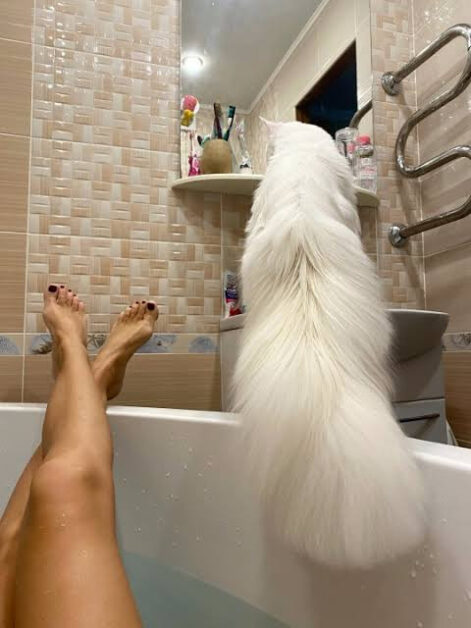 ‘The look is generally like that of a person, and Kefir has a formidable appearance, but he is a very affectionate and modest child.’

‘When friends and acquaintances come to the house, all the attention is on him and he willingly allows himself to be stroked,’ says Yulia.

‘But when strangers come to the house, everyone first confuses him with a dog.’

“He has one more habit: at night he likes to climb on me and sleep. When he was a kitten, it didn’t cause me any inconvenience. 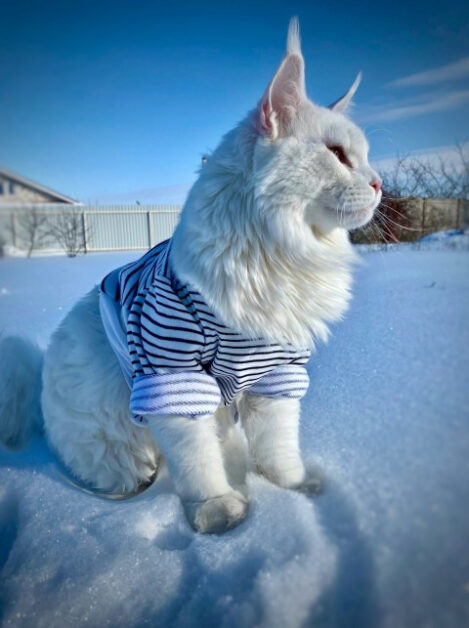 ‘But now he has become big and heavy, and, of course, it is difficult to sleep like that.’

After posting videos of the big cat on TikTok, Yulia was accused of editing them, but replied critics stating: ‘I don’t use Photoshop’. 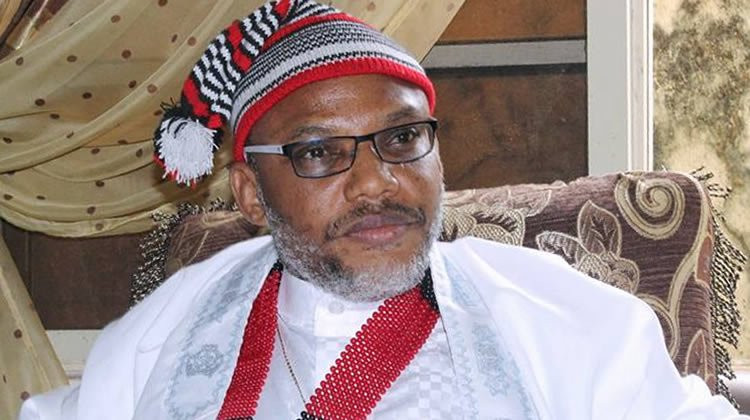