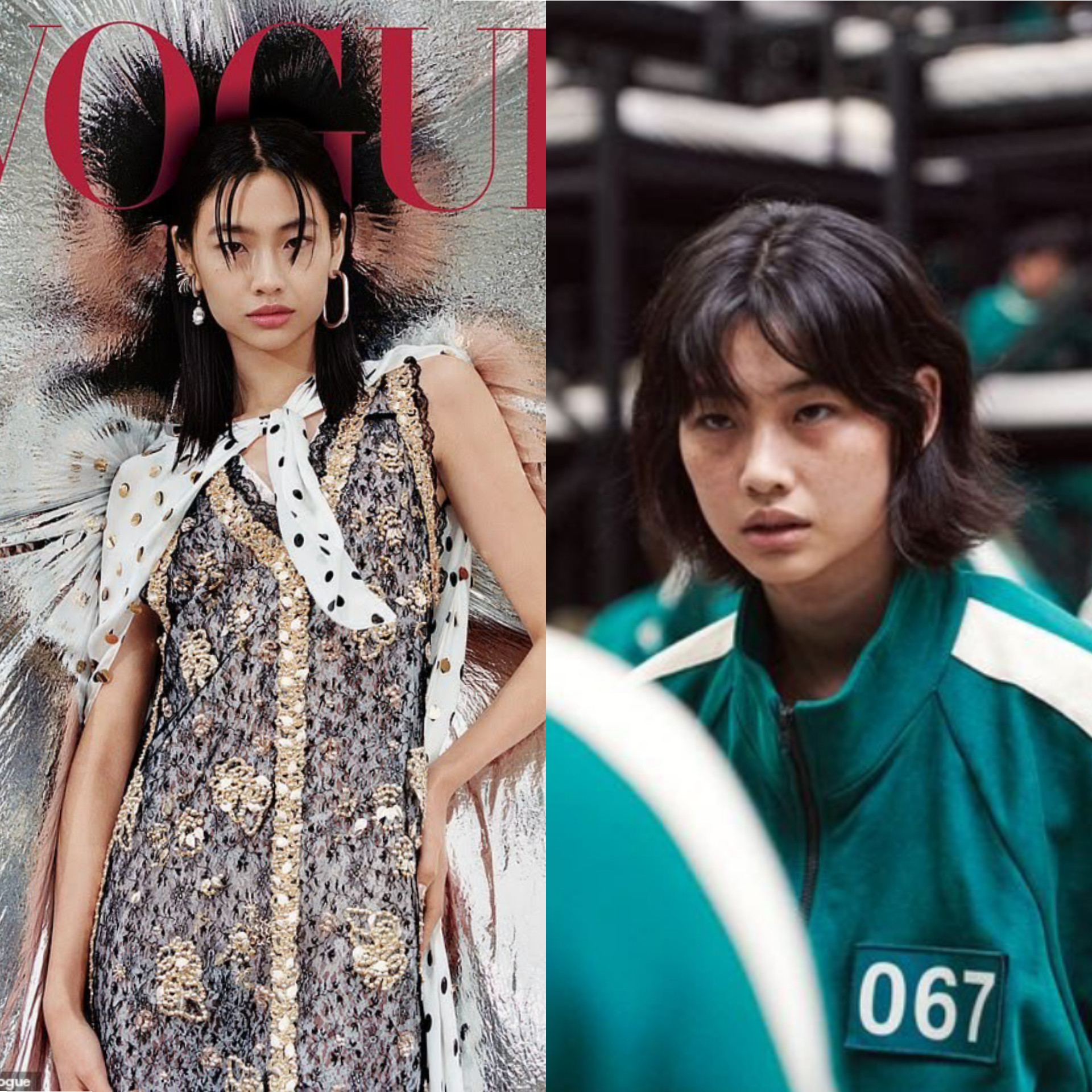 Hoyeon Jung, the most-followed Korean actress on Instagram, starred as North Korean defector Kang Sae-byeok in the Netflix hit and is the cover star of the magazine’s February issue.

According to Vogue’s cover story, the 27-year-old became a global sensation just weeks after the series premiered in September, going from 400,000 to 15 million Instagram followers. That figure had risen to 23.7 million as of Friday, January 7, for the “Korea’s Next Top Model” runner-up.

“Even if eight people loved me and only two people hated me, I always cried, at home alone,” she told Vogue. “Even now, I struggle with low self-esteem.”

Following “Next Top Model,” Hoyeon signed with a New York modelling agency and relocated to New York — until a “Squid Game” production call called her back home at the start of the pandemic.

She also studied English, martial arts, and acting, according to Vogue.

“Looking back,” she told Vogue, “If not for those quiet and lonely times [watching cerebral films], I don’t know that I would have ever dreamed of acting.”

In terms of her global fame, Hoyeon stated that she lost eight pounds as she struggled to comprehend the gravity of the situation.

“I don’t know why, but I couldn’t eat. I was so confused, and it was so chaotic. I didn’t believe it. I didn’t trust it,” she told Vogue, noting her family didn’t let it get to her head.

“My mom did joke that my acting was very realistic, like when I’m being mean to her. … My younger sister … just thinks of me as her older sibling.”