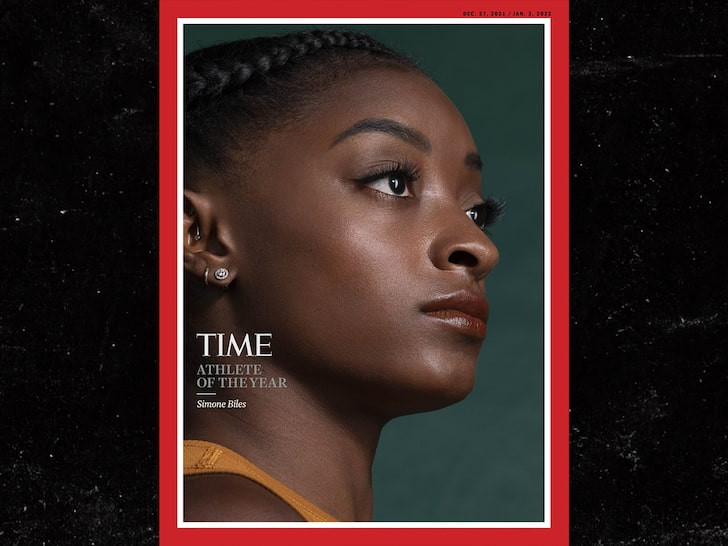 TIME magazine has named Simone Biles the 2021 Athlete of the Year.

The magazine honoured the gymnast on Thursday, December 9, for her contributions to not only her sport but also to humanity, citing Biles’ courageous decision to withdraw from four events during the Tokyo Olympics to protect her mental health.

In part, here’s what authors Alice Park and Sean Gregory wrote for TIME:

“If 2020 showcased the power of athletes as activists after the murder of George Floyd, this year demonstrated how athletes are uniquely positioned to propel mental health to the forefront of a broader cultural conversation. While a few sports stars have opened up about mental health—Michael Phelps, for instance, has been candid about his post-Olympic depression—in 2021, the discussion became more wide-reaching and sustained.

After withdrawing from the French Open in May to prioritize her well-being, citing anxiety, Naomi Osaka wrote in a TIME cover essay, “It’s O.K. not to be O.K.” Biles, by dint of her status at one of the world’s most-watched events, raised the volume. “I do believe everything happens for a reason, and there was a purpose,” she tells TIME in an interview nearly four months later. “Not only did I get to use my voice, but it was validated as well.”

While supporters lauded Biles, critics lambasted her for “quitting.” But what Biles did transcend the chatter: she fought the stigma that has long silenced athletes and shrugged off the naysayers who belittled her decision. “If I were going to quit, I had other opportunities to quit,” she says. “There is so much I’ve gone through in this sport, and I should have quit over all that—not at the Olympics. It makes no sense.”

A month after the Games, Biles put her vulnerability on display once again. Along with three other of the hundreds of other athletes who had been sexually abused by former team doctor Larry Nassar, Biles gave emotional testimony before the Senate about the failures of institutions like the FBI, USA Gymnastics (USAG) and the U.S. Olympic and Paralympic Committee (USOPC) to stop him.”

“I do believe everything happens for a reason, and there was a purpose,” Biles tells TIME. “Not only did I get to use my voice, but it was validated as well.”

He added, “Her influence extends far beyond the realm of sports and shows us that another world—a better world—is possible when we speak our truths with integrity and authenticity.”