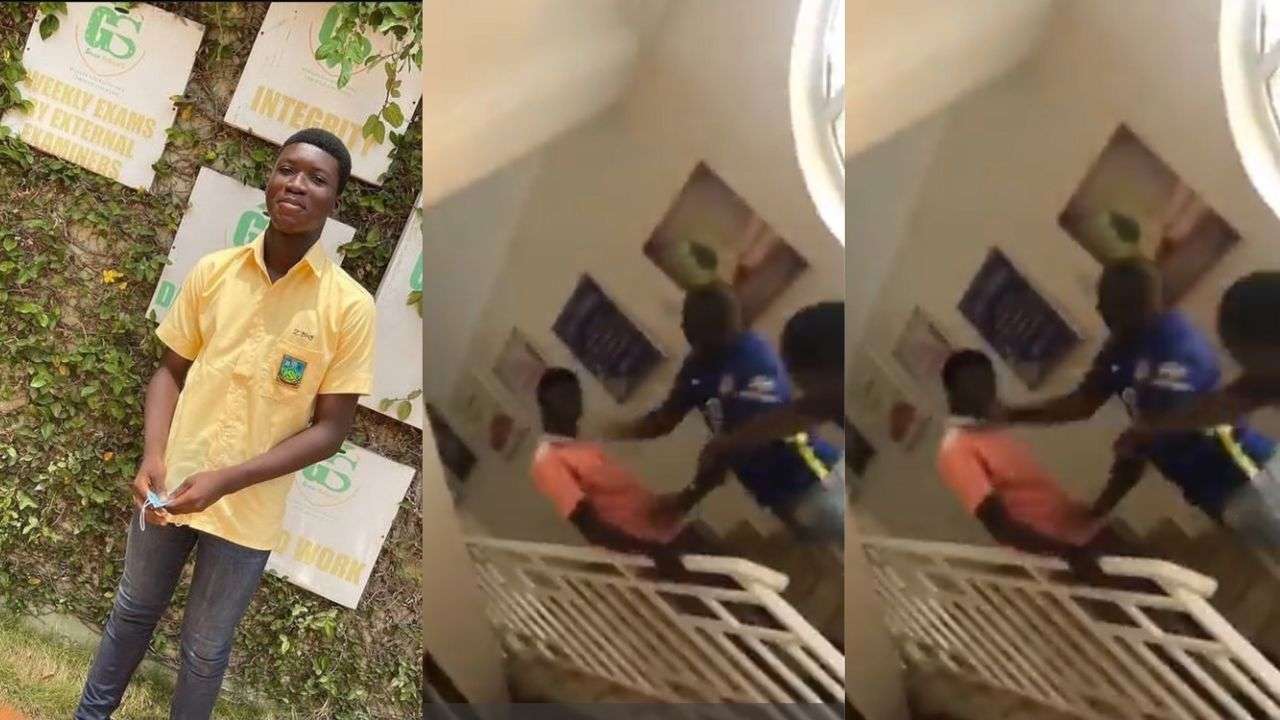 A father descended ruthlessly on his teenage SHS boy who took out his car without permission.

According to reports, the boy took his girlfriend Juliana in his father’s car to an event.

He did that in a bid to impress the girl, Juliana, and flatter his friends.

Per the plan, after his father had left the house, the boy picked up the car, went to his girlfriend’s location, and got her on board.

Then, he drove the girl to the event.

No sooner had she left with the girl in his father’s car than his father returned to the house.

Upon seeing that his car was nowhere to be found, he lodged a complaint with the police.

However, he was soon tipped that his high school son was out with his car and had done so to impress his girlfriend.

The distraught father drove to the location, confronted the boy, and gave him two hot slaps before he could say jack!

Juliana has also reacted by stating that she had no prior knowledge of the boy’s decision to take his father’s car without permission.

The event was Lost Lands, which was organized on September 30. It had to come to an abrupt end.

Next post How to get free Robux in Roblox 2022