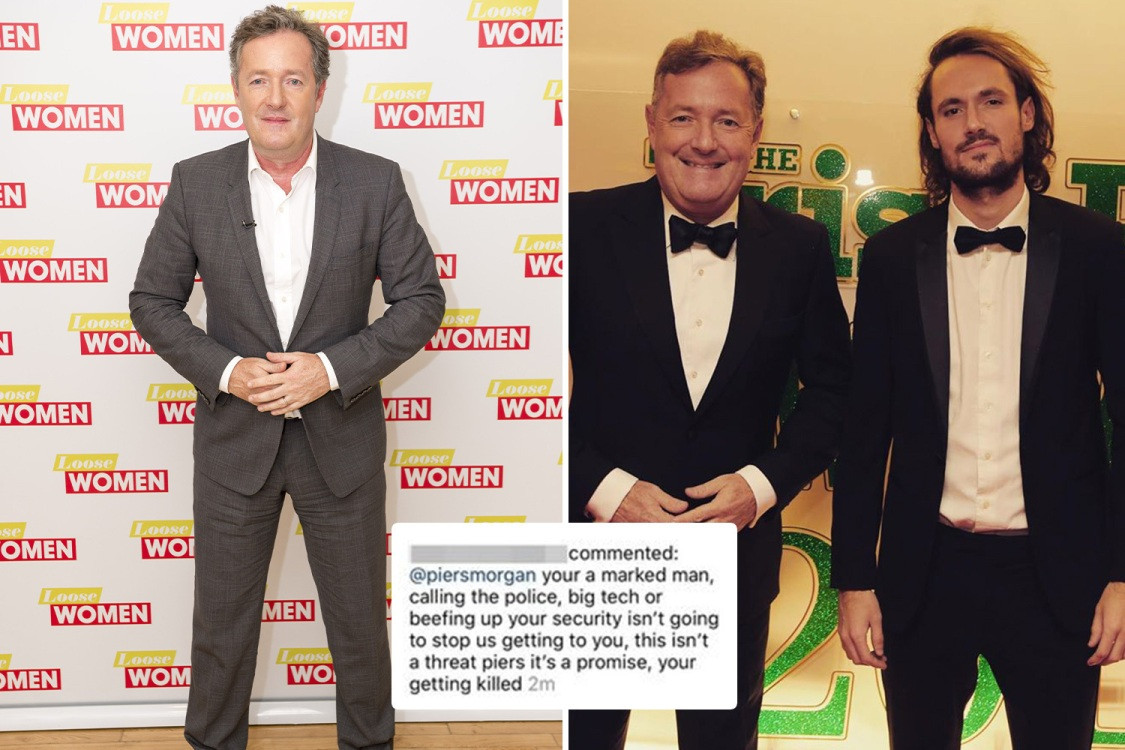 A male suspect was arrested after making death threats online against media personality, Piers Morgan and his son Spencer.

The suspect had tweeted;

‘Your a marked man. Calling the police, big tech or beefing up your security isn’t going to stop us getting to you, this isn’t a threat piers, it’s a promise. Your getting killed .’

He also tweeted Spencer: ‘If you don’t get your dad, your getting it or your mum.’

The former Good Morning Britain host reported the threats to the Metropolitan Police and the Greater Manchester Police, which led to the arrest of the suspect.

Though he has been released under investigation, The Sun reported that the suspect’s phone and tablets were removed for forensic analysis.

‘Officers have spoken with the complainant in person.

‘On 3 August a 43-year-old man was arrested in Manchester on suspicion of making threats to kill. He has been released under investigation while enquiries continue. The investigation remains ongoing.’

‘People think it’s perfectly OK to make death threats to public figures on social media but it’s not — there has to be a line drawn, especially when family members are targeted.

‘That’s why I reported it and I am grateful to the Met Police and Greater Manchester Police for taking it so seriously.’

Piers previously spoke out on the death threats, which came amid his departure from Good Morning Britain. He said his three sons, Spencer, Albert and Stanley were ‘being targeted’ online too, and had shown him ‘screenshots of venomous abuse and threats of violence towards them.