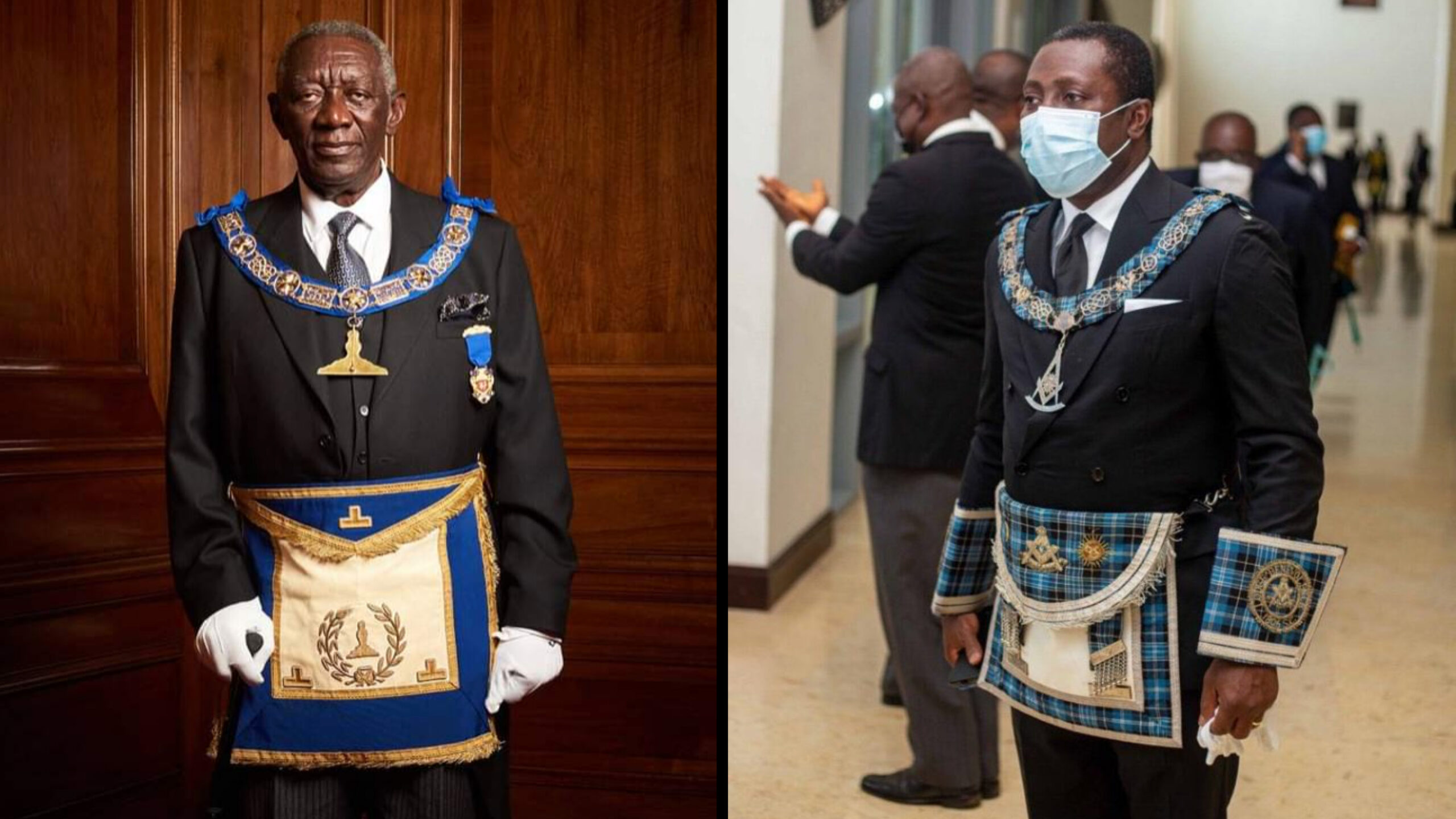 Photos of the Effuttu MP in his freemason attire have hit the internet, and Ghanaians have mixed feelings.

For the uninitiated, they assert loosely that the freemason movement is an occultic organisation where blood is shed and human sacrifices are made.

Others also do support the fact that Afenyo Markins has made the right choice by joining an organisation that will help him grow spiritually as a fine politician with the right ideologies instiled in him.

Ghana’s Freemasonry history dates back to the early nineteenth century when the country’s first Masonic lodge was established.

During the British colonial period, European residents brought the practice of Freemasonry to the Gold Coast and other Commonwealth territories.

Currently, Freemasonry is a large movement in Ghana with prominent personalities like Otumfuor Osei Tutu II and former President Kufuor being members.

In fact, in 2017, the United Grand Lodge of England wrote:

Congratulations to Right Worshipful Brother, His Excellency John Kofi Agyekum Kufuor, PGSwdB, former President of the Republic of Ghana, who has been appointed Senior Grand Warden by the Grand Master, His Royal Highness, The Duke of Kent.