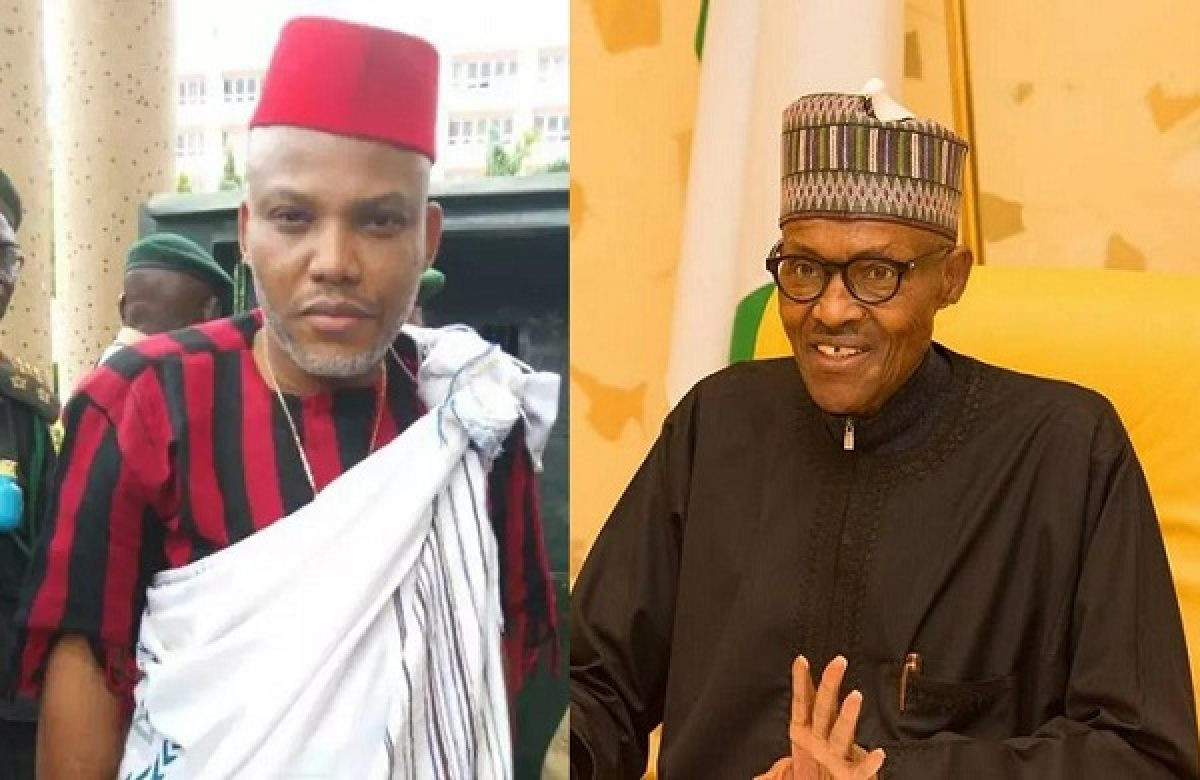 Nnamdi Kanu, the leader of the proscribed Indigenous People of Biafra (IPOB), has been denied a presidential pardon by President Muhammadu Buhari.

Though President Buhari promised in November 2021 to consider the request of some South-East leaders to release Kanu, who is facing treason charges brought by the Nigerian government, in an interview with Channels Television aired on Wednesday, January 5, the Nigerian President said Kanu must answer for his actions over the years, especially while he was out of the country.

The President, accusing Kanu of abusing his administration while in Europe “as if he were not a Nigerian,” stated that he will not interfere with judicial responsibilities.

The President also stated that he does not believe Nigerians want the country to break up because we are better off together. Nigerians, according to Buhari, make a fuss about separation because they want better things.

“Nigerians know that I don’t interfere with the judiciary.

“Let him be listened to. For those who are saying that we should release him, no we cannot release him.

“There is a possibility of political solution; if people behave themselves, all well and good, but you can’t go to a foreign country and keep on sending incorrect economic and security problem against your country and thinking that you will never have to account for what you have been doing. Let him account for what he has been doing.

“There is one institution that I wouldn’t dare interfere with – that is the judiciary.

“Kanu’s case is with the judiciary, but what I wonder is when Kanu was safely in Europe abusing this administration and mentioning too many things, I never thought really he wants to voluntarily come and defend himself on the accusations.

“So, we are giving him an opportunity to defend himself in our system, not to be abusing us from Europe as if he was not a Nigerian. Let him come here to us and then criticise us here.”