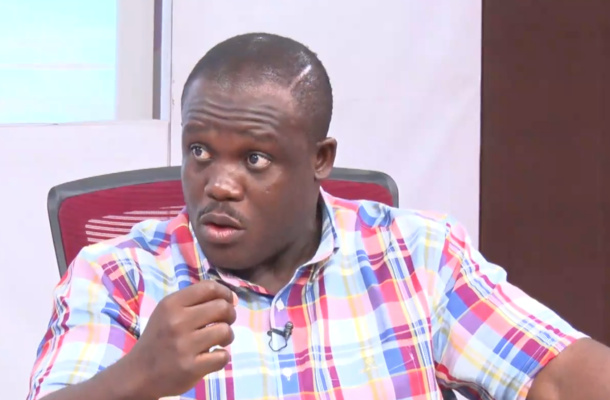 Ningo-Prampram MP Sam George did not hesitate to tell a Ghanaian voter how worthless he was by comparing his weekly light bill to his yearly expenses.

In turn, he shut up the Ghanaian voter who looked up to people like him in high places, who should be concerned about the collective trouble of the citizenry.

In the early hours of Saturday, June 11, 2022, Sam George tweeted to express his displeasure over the long power outage in his area. According to his tweet, he urged President Akufo-Addo to tell Ghanaians if the erratic supply of power, popularly called “Dumsor,” was back or not.

Under the tweet, there was a reply from Kobby Tagoe, who insinuated that Sam George had not paid his light bill and thus should enjoy the “Dumsor” without complaining.

Kobby replied: You no dey pay light bill but you dey complain

The comment rubbed the loquacious lawmaker the wrong way, who came back to clap back at the Ghanaian with full force.

My weekly light bill be your yearly living expense. Don’t infect my timeline with your poverty mentality. Off you go!

However, one Papa Kwasi Dekyi replied to Sam George’s comment, which even resulted in a more arrogant reply. He had asserted that MPs do enjoy heavy ex-gratia and remuneration, which put them at an advantage over ordinary Ghanaians.

Sam Goerge did not allow that to also slide. He came back with the reply as follows:

You speak as if I was living on a tree and eating grass before being elected? Go and find out how cheap it is to run a campaign and come back again to talk about ex-gratia whatever.

Below are screenshots of the back and forth…

Many Ghanaians have lashed out at Sam George for his unsavoury replies and comments. Many believe that, as an MP, he should be circumspect in his speech and carry himself with decorum.

Sam George!!!
What kind of person has the Ningo people sent to parliament?
So you can’t talk with decorum?
Even in opposition?
We’re dead if his party comes.

@Dawn_gh wrote: If campaigns are expensive y not pass laws to make it more affordable? Den we can scrap ex gratia. We can’t be paying ex gratia every 4 yrs tbh. De country not get money. Mps of all pple shd understand.

If you do a good cba and you realise the costs outweigh the benefits why still do it?

These millions of free money given to you guys could develop a sector.

That begs the question, do you politicians really have the country and citizenry at heart?

The fact is, Sam George thrives on social media shenanigans to feel important. Since his work as a parliamentarian has not yielded much, he has channelled his frustration as a self-acclaimed ‘agenda boy’ onto social media, where he vehemently and recklessly attacks voters and blatantly insults the intelligence of Ghanaians.

Meanwhile, he is a staunch member of the NDC who is mobilising forces to win the next election. A big joke