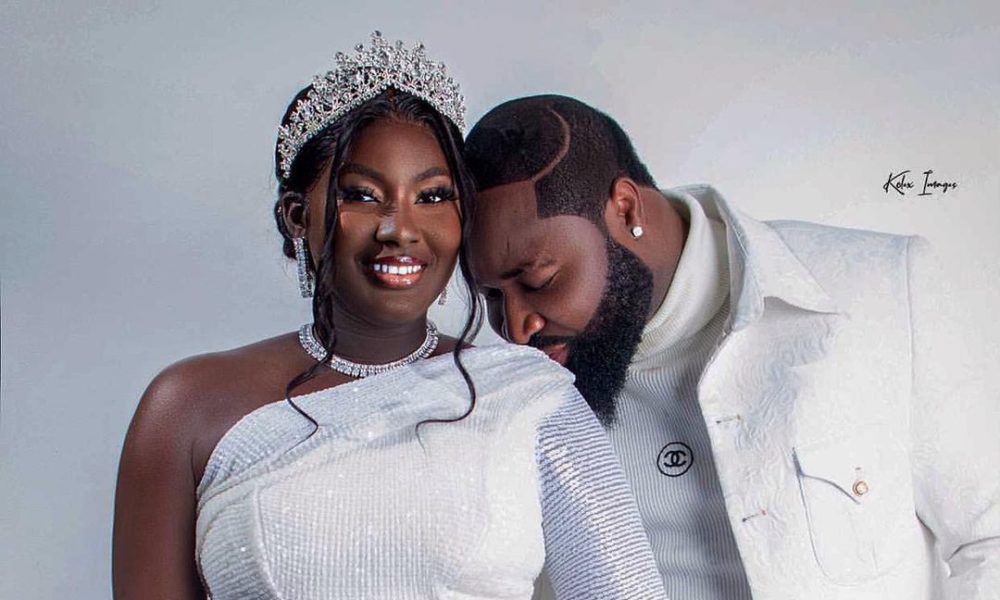 Harrysong, a singer, claims that his ex-girlfriend lied about having twins for him.

In 2017, LIB confirmed that he and an Abuja-based lady had twins (a boy and a girl) at a hospital in Beverly Hills, California. The couple even named the baby boy ‘Perez,’ while the baby girl was named ‘Tarela.’

Taking to his Instagram story this evening to address what he called “paternity fraud,” Harrysong claimed that his ex-girlfriend lied about having twins for him in order to extort him.

He also stated that he and his wife, Alexer Perez Gopa, have one child, a baby girl named Daviva.

Addressing this issue.  I am not baba twins or daddy ejima.

There was never any twins anywhere. That lady never gave birth, she lied and was just eating my money.

My first child is Daviva. 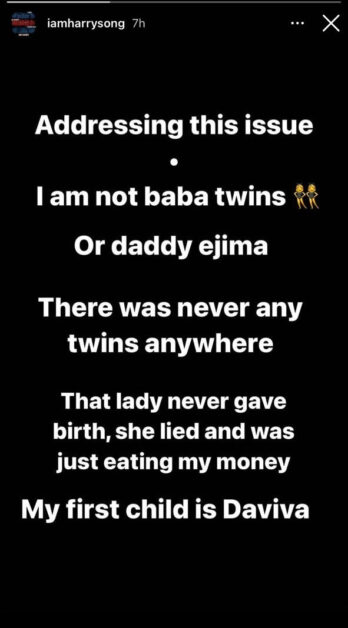 Previous post Alhaji Auta, the kingpin of banditry in Zamfara, bombed to death

Next post Was Shatta Wale right but his approach wrong?