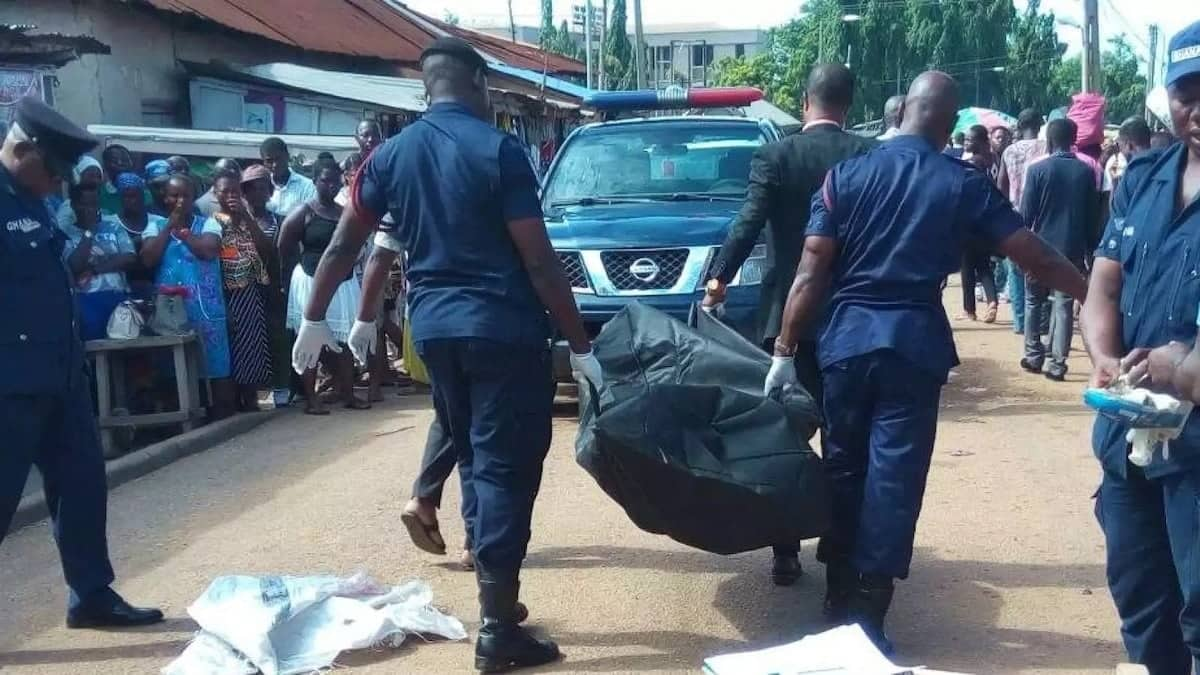 Albert Agomavi, 40, was found dead in a hotel room after allegedly using an aphrodisiac to improve his sexual intercourse with a woman.

According to family sources, the deceased, who is hypertensive, checked into the Climax Hotel in Pokuase, Greater Accra Region, with a young lady around 5:00 pm on May 4, 2022.

Workers at the hotel heard the lady scream for aid and went to the room, only to find the man lifeless on the bed, foam coming from his mouth.

The situation was reported to the police by the hotel manager, Kofi Sintim, at 9:00 p.m. the same day.

The police arrived at the hotel, commanded by Detective Sergeant Sabutu Caesar.

The body was discovered in a supine position, wearing Jean trousers.

The hotel room was inspected and the corpse of the deceased was examined, but no marks were found.

However, the police squad discovered an aphrodisiac medication known as Dragon Spray in the deceased’s pocket.

The deceased’s father-in-law, a fire officer, and other family members came at the scene after hearing the occurrence while the police officers were prepping the body for transport.

The deceased was hypertensive, according to the family.

As a result, it’s possible that using a sexual enhancement medicine caused a heart attack.

The police are awaiting the results of the autopsy to determine the cause of death. The lady has been detained in order to aid the inquiry.