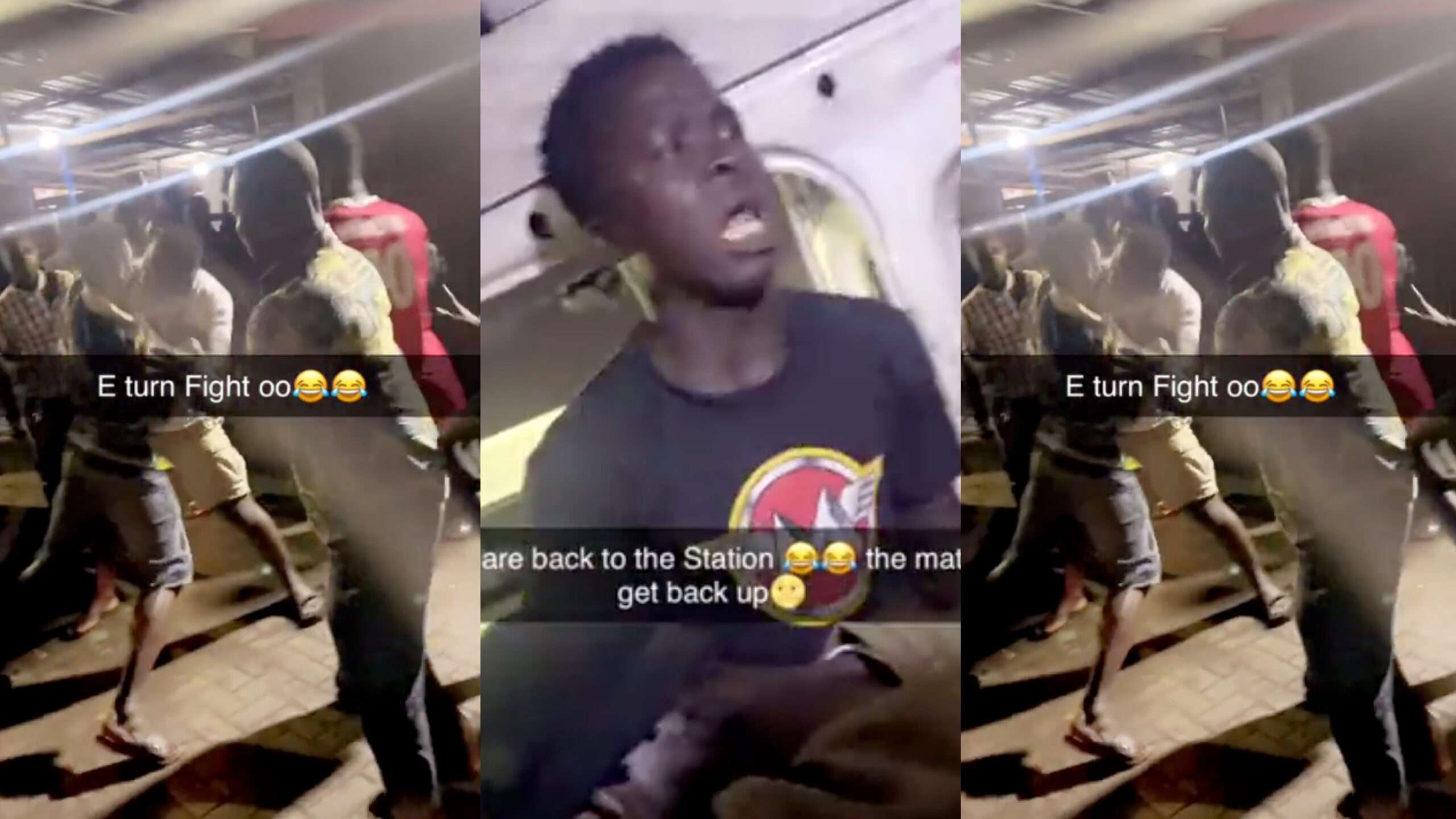 A man has lost his life after a fight with a trotro mate ( a commercial minibus conductor).

According to reports, the gentleman died following a disagreement that ensured a GHc2 increment in fare.

The GPRTU had announced a further increment in fares and the drivers had implemented it accordingly.

However, the troubled man could not understand why the mate was taking GHc2 from him in addition to the previous fare.

He did not accept the GH2 increase and described it as utterly outrageous.

Well, the mate also insisted on taking the money. As a result, the two got engaged in a fight, which resulted fatally in the death of the man.

He smashed his head against the car and landed heavily on the floor. He died on the spot.

Watch the video thread below…

The Driver returned his car to the Lapaz bus terminal again and there, they had support of their co-workers at the terminal, we were all asked to get down from the bus, but the man causing the chaos still insisted he is not getting down. Persuasion failed and force was applied. pic.twitter.com/uPqvB44Kx1

He lost is life after one unawares punch ,which made his head hit on of the pavement at the terminal and lost his precious life. May his soul rest in a perfect peace😢. I can’t believe he lost his life sake of 2 cedis increment. pic.twitter.com/WDRJgVS06n

Next post Davido and Chioma’s son, Ifeanyi, dies [Full Report On What Killed Him]