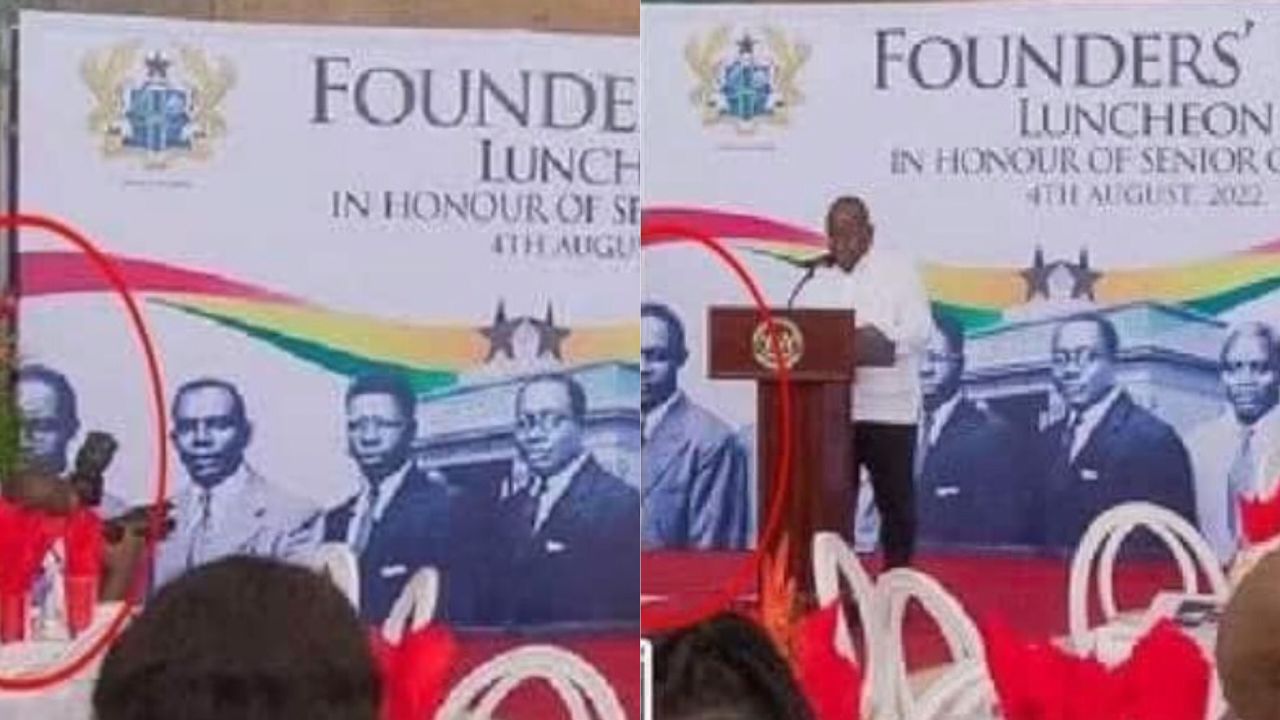 At the Founders’ Day luncheon, the picture of Ghana’s first president, Osagyefo Dr Kwame Nkrumah, was cropped out.

This has led to a massive outpouring of frustration on social media by Ghanaians who believe President Akufo-Addo is bent on changing the history of Ghana.

President Akufo-Ado had argued prior to the change of the Founder’s Day to Founders’ Day that people who played roles in helping Ghana gain independence needed to be celebrated.

According to him, Kwame Nkrumah is not the only founder of Ghana, considering the role others played in ensuring that the country broke free from colonial rule.

He had intimated that all the Big Sis, including other party functionaries and political bigwigs of the time, needed to be recognised and celebrated on Founders’ Day.

At the luncheon, many Ghanaians who do not agree with President Akufo-Addo’s ideology of changing Founder’s Day to Founders’ Day pointed out the visible commission of Kwame Nkrumah’s picture.

They have said it was a calculated attempt by the Akufo-Addo government to disrespect the first president of Ghana by paying homage to people he had relations with who were political actors at the time.

Kevin Taylor has critically pointed out the nuances, and many Ghanaians have added their voices. They have called on the next government to revert Founders’ Day, which is on August 4, to Founder’s Day on September 21.

The junkies cropped Nkrumah out 😂😂😂 pic.twitter.com/9QFCba4JRP

Previous post Gayniggers from Outer Space: The Space Movie That came Out In 1992

Next post “If you really want the job, offer sexual favours for it” – Mr Logic encourages women