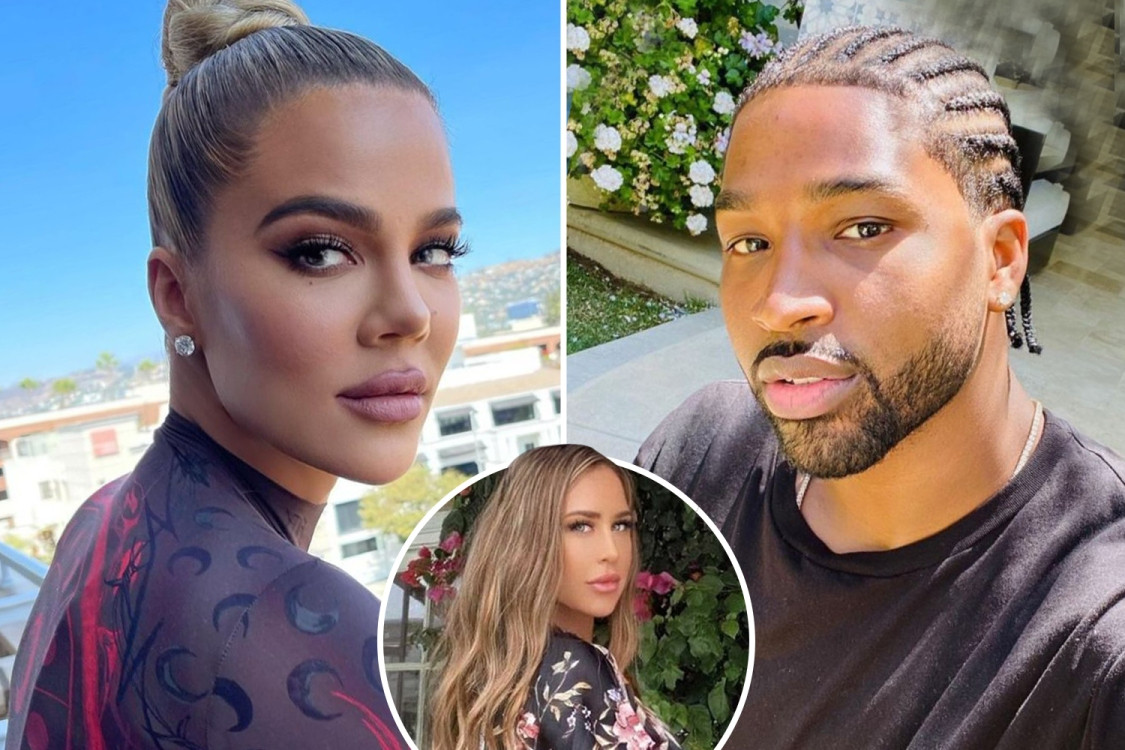 Khloe Kardashian is said to be ‘concerned’ about Tristan Thompson’s health after he claimed his alleged new baby mama, Maralee Nichols, had herpes.

The claim was made by Tristan in court documents obtained by the Daily Mail. He claimed Maralee’s “medical reason” for requesting induced labour earlier this month was a sexually transmitted disease.

According to court documents obtained by the Daily Mail,

“Since opening up our private files to the media, I have been contacted by a source confirming that I should be checked because Petitioner [Maralee] has been diagnosed with herpes.

“Therefore, it would make sense that Petitioner had to have a designated delivery date.”

It was also revealed that the Sacramento Kings star was not the only athlete who had a romantic relationship with Maralee.

According to the court document;

“Petitioner told me that she had been involved with other athletes and understood the limitations of our relationship; to-wit, that we might see each other on a sporadic basis for consensual casual sex only.”

Revealing how Khloe felt after Nichols’ alleged health condition was revealed, an insider told The Sun;

“More than anything, Khloe is most disturbed that Tristan says he didn’t know the other woman well, but knew her well enough to be with her unprotected.

“As the reality of what happened dawned on her that has shaken her up the most because he potentially could have put her health at risk.

“Fortunately, Khloe and Tristan are both healthy but his constant stepping out has made her realize how risky it is to be with him when they reunite.

“There’s no turning back. She’s been fooled for the last time and won’t let anyone put her happiness or health in danger.”

The source added that Khloe, 37, is “angry” but not letting her emotions get in the way of co-parenting her three-year-old daughter True with Tristan, who remains her primary focus.

A separate source close to Khloe insisted her and Tristan, 30, broke up many months ago and he gave his deposition earlier this summer, adding: “While the news is out now does not mean it’s new to Khloe.”

Maralee Nichols has however countered the allegation, insisting that she only had a placenta abnormality. She also claimed that she thought Tristan was “single and co-parenting” in reference to his relationship with Khloe.

“I would never have gotten involved with Tristan if I thought he was in a relationship.

“Tristan told me he was not having a sexual relationship with anyone else; it was not casual sex nor did we have any arrangement.

“Tristan and I communicated daily and talked on the phone. We would see each other several times a month.

“He invited me to see him Christmas, New Year’s, and his birthday.

“I gave birth on December 1, 2021. Instead of focusing on any negativity, I am choosing to embrace being a mother and doing the best I can for my son.

“I do not want any further media attention, nor do I want a romantic relationship with Tristan. My goal is to raise our son in a safe, healthy, loving and private environment.”

Tristan has claimed in court documents that his relationship with Maralee, 31, began as a series of hotel hook ups over the course of four months and were communicated via Snapchat, where he used the name “blkjesus00.”

On June 30, Maralee filed the lawsuit against her alleged baby daddy, just days after moving from Texas to Los Angeles.

She asked for child support, as well as reimbursement for “medical expenses and pregnancy-related costs such as Lamaze classes, a doula, and prenatal vitamins.”

Maralee has also requested that Tristan pay for expensive items needed after the baby’s birth, such as “clothing, formula, and diapers,” according to the papers.

Tristan has not denied being the father of the baby boy but has asked for a paternity test to be performed after the baby is born.

Previous post Rolf Buchholz: the most-pierced man in the world with 278 piercings on his genital

Next post Regina Daniels celebrates her husband, Ned Nwoko, as he turns 61 today with lovely message