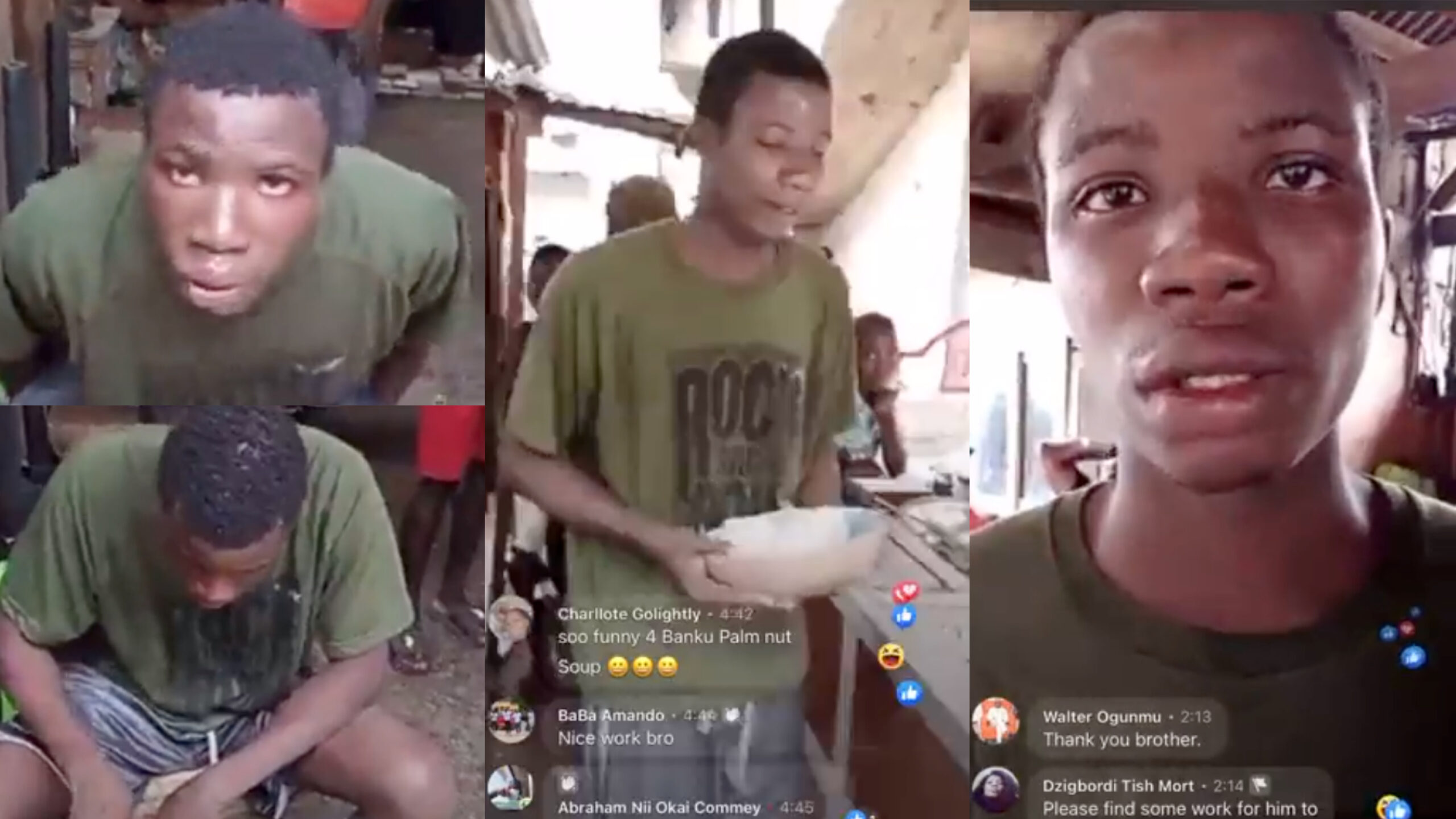 A thief of Nigerian nationality who was caught at James Town could not believe his luck when he was given a special treat.

Instead of subjecting the thief to instant justice, the kind group or mob decided to offer help to the poor thief who was clearly apprehensive after he was caught.

To give credence to their kind gesture, they decided to telecast the entire session with the thief on Facebook Live as they gave him food, helped him change his clothes after bathing, and offered him psychological assistance.

The leader of the youth explained the reason behind their collective decision not to have lynched or beaten the thief to a pulp in the live video.

“We are good people. As “Gas” we do not want to kill you or beat you. Due to that we have changed your clothes, helped you shower and given you food. That is how we have chosen to treat you after we caught you stealing,” he said.

The thief who looked quite solemn at that moment thanked the group for their kind gesture. He also admitted that he would have been killed if he was caught in a different vicinity.

He thanked the group for sparing his life. Thereafter, he was served balls of Banku which he ate hungrily. However, his freedom came at a cost. He was made to clean the entire community.

The incident happened at Akoto Lante near Jeames Town in Accra.