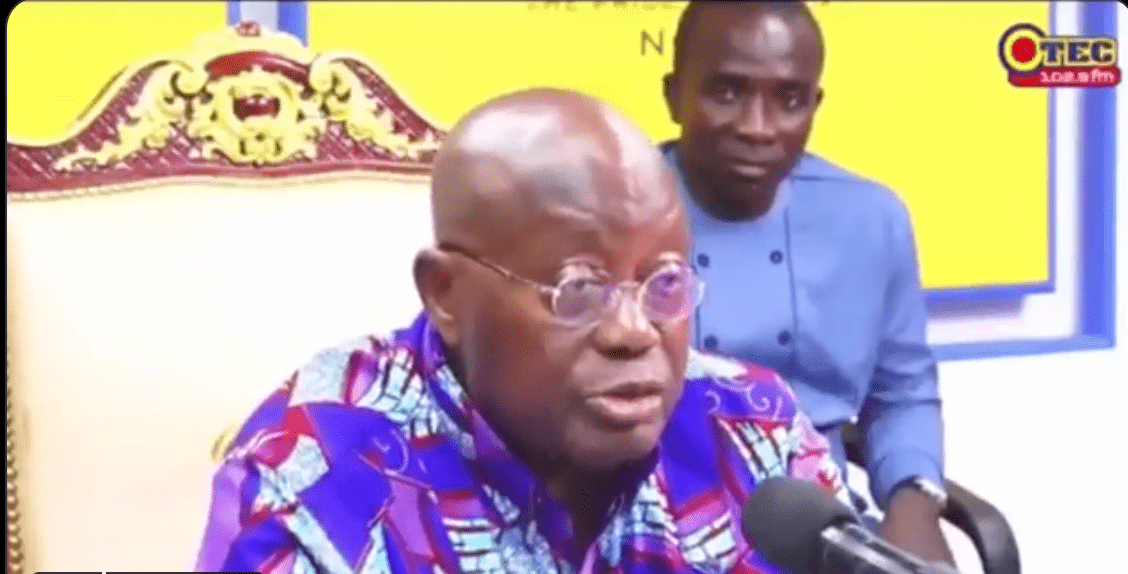 President Akufo-Addo has said he is not bothered by utterances made by Ghanaians about voting the opposition party, NDC, into power in the next elections.

According to him, those daring words do not get to him, so he remains focused on delivering on his promises to Ghanaians.

Reacting to the sentiments of Ghanaians on Otec FM in Kumasi, Akufo-Addo said Ghanaians who want to vote for the NDC in the next election can go ahead with the decision.

Ghanaians said they will be sad if you don’t fix their roads and, as a result, will vote for the NDC in the coming elections.

Akufo-Addo: Those threats do not frighten me. I understand they want me to do things for them. But if you want to vote for the NDC, that’s your matter. Nobody will force you.

Many Ghanaians have reacted angrily to the statement made by the president. They believe Akufo-Addo has not shown them much respect by asking them to vote for the NDC if they want.