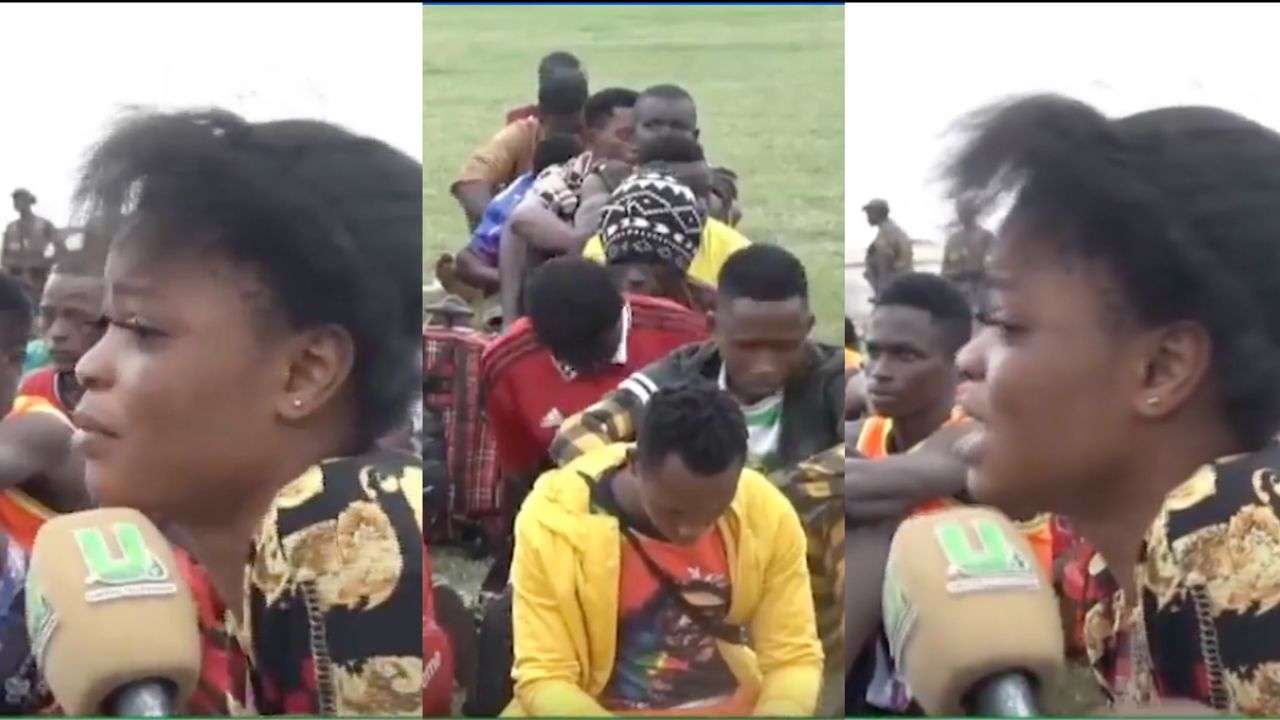 A Nigerian lady has revealed how she was lured into prostitution under the guise of illegal mining, also known as “galamsey”

Following the arrest of several foreign nationalities by the National Security as a means to clamp down on the “galamsey” menace, the lady has opened up.

According to her, she was brought down from Nigeria with the promise to work and supervise the shop of her supposed employer.

However, when she arrived in Ghana, things did not pan out as she had expected. Actually, the agent who brought her to Ghana had lied to her all along.

Upon arriving in Ghana, she said her clothes were changed, her hair was cut, including her private areas, and she was officially initiated into prostitution.

While the company of hundreds of other nationalities have been arrested for their supposed involvement in galamsey, the Nigerian lady revealed that she does prostitution in order to get by.

Thus, she was sleeping at one of these locations when she was arrested together with the galamsey operators.