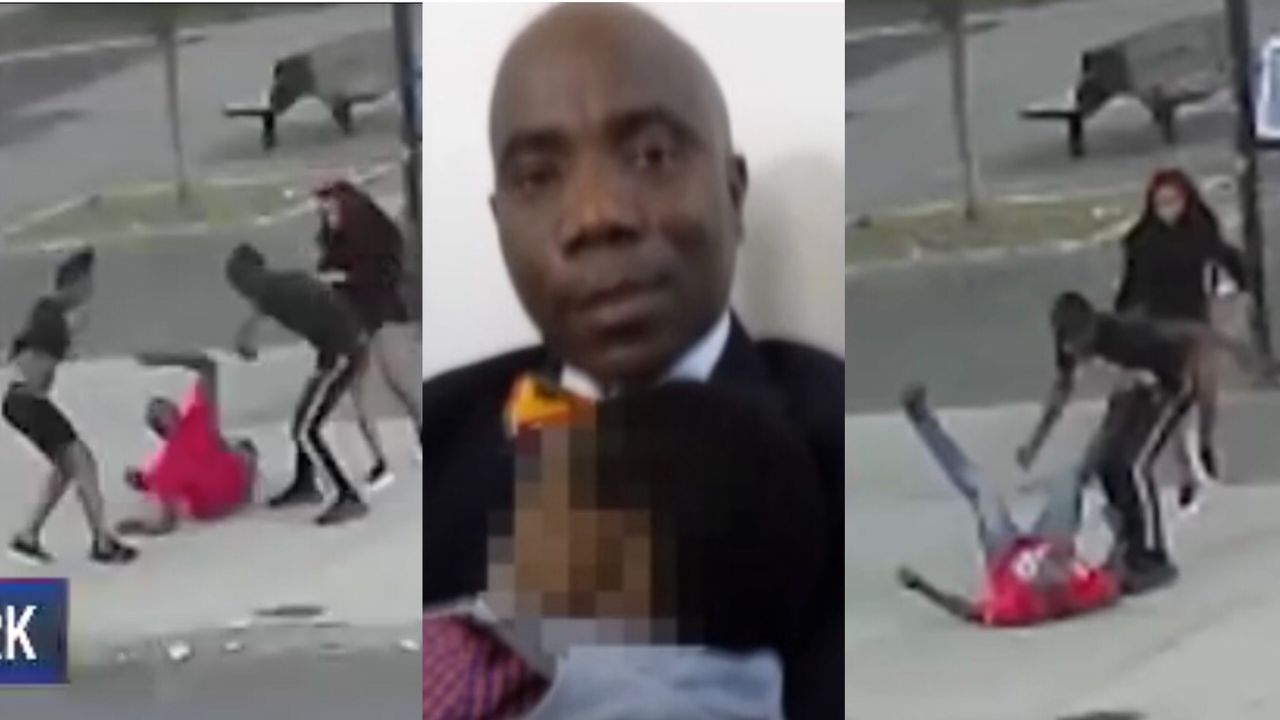 A close-circuit television video showing the Ghanaian taxi driver being murdered in the US has surfaced.

Three suspects have been taken into custody as a result of the event that took place in Queens, New York, on Saturday, August 14.

The police have released fresh CCTV images describing what happened on that day as the prosecution process gets underway.

In the video released by the New York Police Department, two men and three women were seen attacking the motorist on a pavement.

One of the men struck the driver hard during the beating, knocking Mr. Kutin to the ground.

He appeared to have hit his head on the ground and lost consciousness.

The video is used in an effort to identify the remaining suspects.

The five subsequently fled the scene, but the additional video shows them trying to flee police officers by going through an apartment building’s hallway.

He was transported to a hospital where he was later declared deceased after police came to the scene.

While two more suspects, a 15-year-old girl known to the NYPD and a 13-year-old girl, are still wanted in connection with the incident, three of the suspects have already been charged.

Daniel Kingsley Atta Boafo, the general consul of Ghana in New York, says the arrest of the accused is good news for the Ghana Mission in the US.