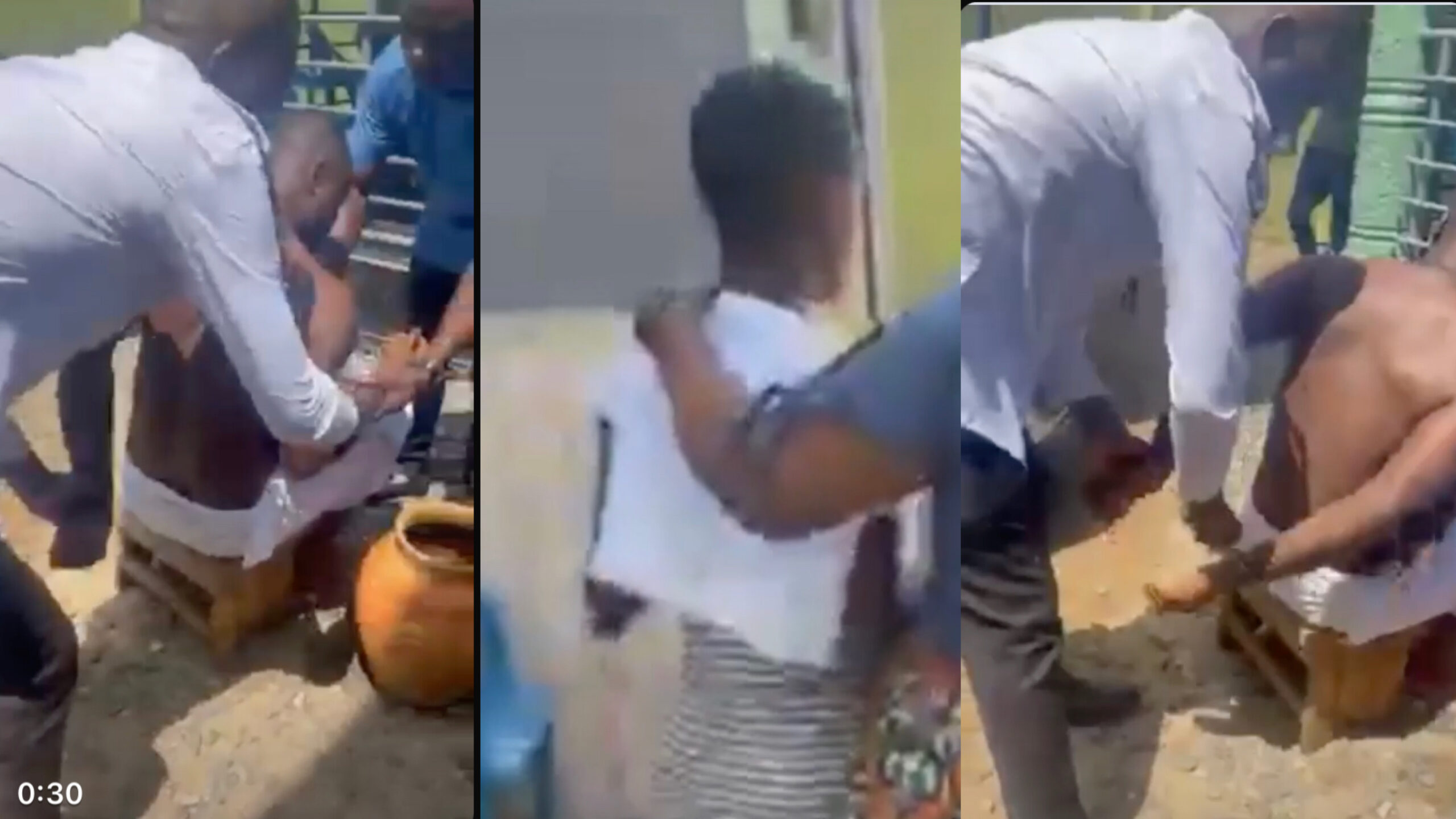 A herbalist who blew an alarm on a man who had supposedly visited him to use his daughter for a money ritual has been exposed as a fake.

Chilly details have emerged about his corny dealings and his botched background as a military man who was sacked out of the service.

Social commentator Kwame A plus in a series of Facebook posts has blown the cover off the herbalist. According to him and the evidence he shared thereof, the man has a long history of setting people up.

Per the content of the evidence which was relayed to him by some military men who had worked with the fetish priest when he was in the Ghana Armed Forces, he is fake.

He allegedly was sacked out from the Armed Forces for his secret schemes which were aimed at disgracing others and pitching one camp against another.

He was described as a dangerous fraudster.

On the back of that, it has emerged that as a notorious troublemaker, he probably put up the entire scene to trend for the right cause.

Does it mean it was just a show after all?

Earlier, Kwame A Plus had shared his scepticism about the herbalist when he wrote:

Those of you saying that the spiritualist said he is a retired military man should listen to this. I didn’t hear retired anaa my ears no good?The military must investigate and tell us which unit he is with. Simple. Secondly, if you report an attempted murder to the police, why will they send someone from the motor traffic devision to effect the arrest. Anaa he would have bought a luxurious car with the sika gari and drive without a licence so he is being arrested in advance.

Kwame A Plus had also shared:

If a pastor did this, we will use it against Christianity. We will call all pastors fake. This Soldier from the “Juju infantry Brigade” is a fake traditionalist and a fraudster and must be dealt with. These are the people who create fake “Nana Tia” accounts on Facebook. We members of the National Association Tradition worshiper are investigating this matter. If he is found guilty, y? b? b? no dua!!

Check out the screenshots below…