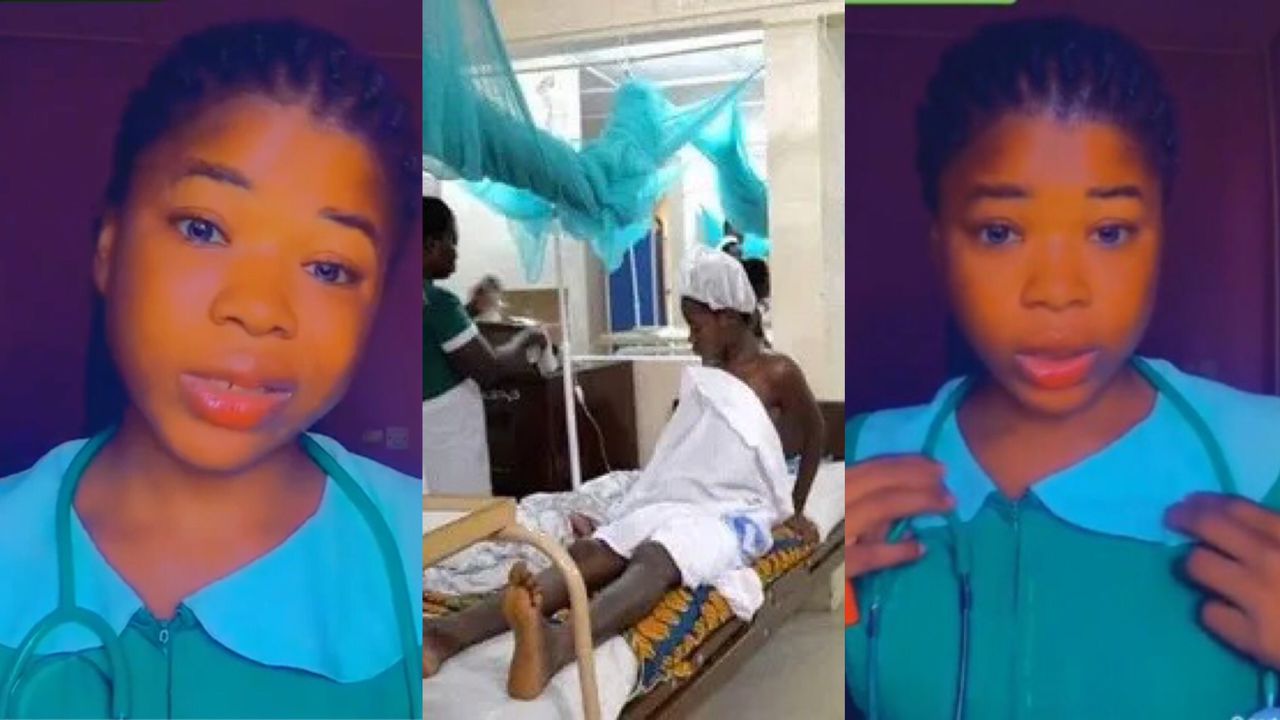 A student nurse took the entire Tik Tok vibe to the next level by threatening to kill patients.

According to her, she was forced into the nursing profession and thus has no love for the job at all.

In a viral Tik Tok video, the student nurse said she would end up killing the patients due to her underlying dislike for a profession she was forced to accept by her parents.

In a video from a few days ago, a student from the Nalerigu Nursing and Midwifery College was seen complaining that her family had forced her into the field.

She appeared to be miming over a TikTok voiceover that further warned patients to avoid any facility where she might be posted because she might murder them.

The Council denied any involvement with the clip in a news release on Monday.

The N&MC added that “investigations have began earnestly to identify the aforementioned student and administer the relevant sanctions as enshrined in the Code of Conduct for Nurses and Midwives” in its statement.

The Council has warned students against wearing the uniform for non-professional activities while simultaneously denouncing the act.