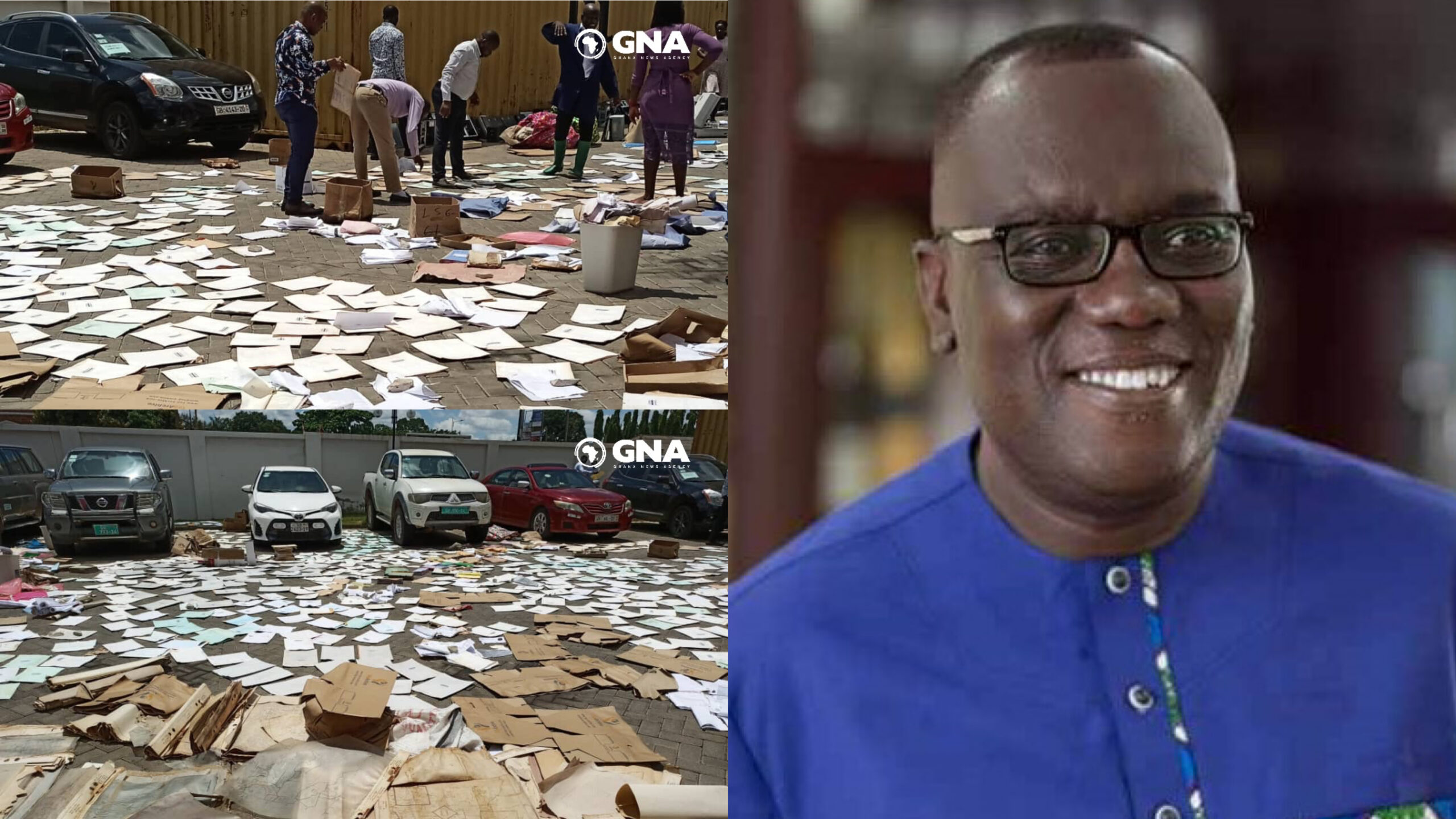 Floodwaters ruined hundreds of documents, computers, and scanners at the Lands Commission’s Head Office in Accra.

After Saturday night’s downpour, the basement of the new building was extensively flooded, flooding the Records Room, Files Room, and I.T. Unit, which are all located in the basement.

Indentures, land maps, and land documents are among the items affected, according to sources at the Commission.

Essential land records have also been “mixed up” as a result of the flood’s destruction, according to sources.

When the press team arrived at the Commission’s Head Office on Monday morning, it found some Commission officers drying documents on the forecourt.

Some Commission employees were also seen rummaging through the documents in an attempt to recover some and reorganise those that had become jumbled.

A cleaning crew was also spotted scooping water from the basement.

The employees stated they arrived at work on Monday only to discover flood damage, and that they would be unable to work today as a result of the circumstance.

They blamed the flooding on the construction of new buildings near the main Head Office building, which they claimed had stopped water from flowing into neighbouring drains.

Meanwhile, authorities at the Head Office remained silent on the subject.

This comes just hours after Sir John’s will was leaked on social media. Many Ghanaians have shared their scepticism.