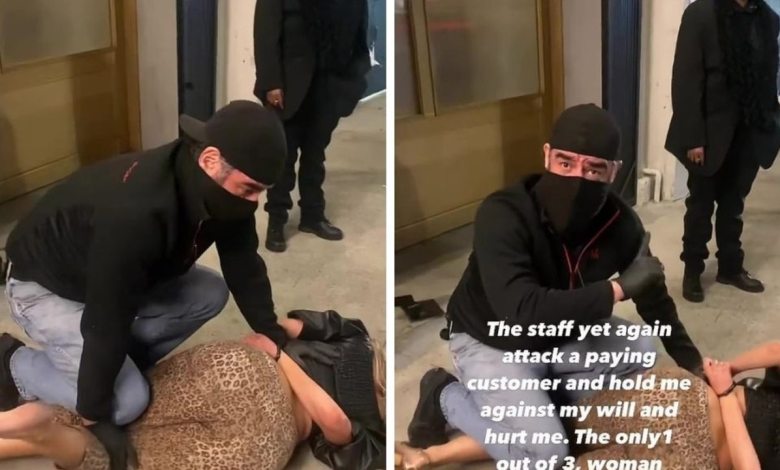 Former “Teen Mom” star, Farrah Abraham has been arrested for allegedly slapping a security guard at a nightclub in Los Angeles over the weekend.

The 30-year-old mother was booked into county jail in the early morning hours of Sunday, January 16, and has since been released. A court date has been scheduled for May 19.

TMZ reported that Abraham allegedly slapped a security guard at Grandmaster Records in Hollywood after partying there with a friend.

An eyewitness told the outlet that an allegedly belligerent Abraham was asked to leave the club but refused, and cops were called for backup after a citizen’s arrest was made.

A barefoot Abraham told police in a video obtained by TMZ;

“I don’t understand why there’s cuffs being put on me.

Abraham previously pleaded guilty in November 2018 to a misdemeanour involving a security guard at the Beverly Hills Hotel in June of that year. She was sentenced to two years probation and five days of community labour at the time.