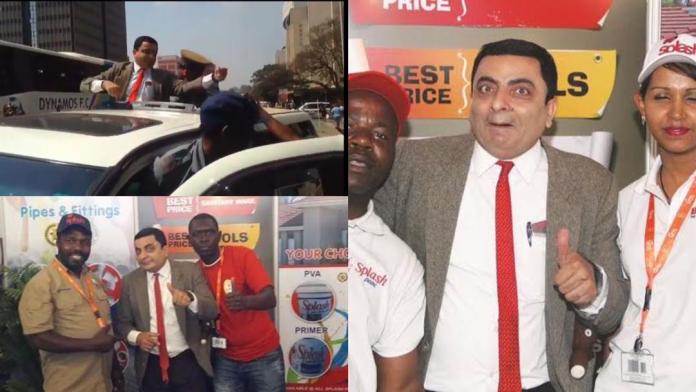 People in Zimbabwe paid to see world-renowned comedian Mr Bean perform in 2016, only to discover that the man was a fake Mr Bean.

It was later revealed that he was a Pakistani actor who took the program’s organizers for granted by disguising himself as Mr Bean simply because he resembled the original Rowan Atkinson.

This man was escorted by police in a car through the main streets of Harare, Zimbabwe’s capital. Zimbabweans flocked to the street to catch a glimpse of the man they see on television, who waved to them and basked in the spotlight.

This Pakistani man had his plane tickets paid for, his accommodations arranged and was the headline performer for the show, which had sold out tickets.

Zimbabweans are still shocked, even after realizing that they were duped and that the man who came in the name of Mr Bean and whom they paid to see was a FAKE Mr BEAN.

Watch Video Below Of Fake Mr Bean in Zimbabwe:

Next post Naira Marley shares crazy joke about his manhood