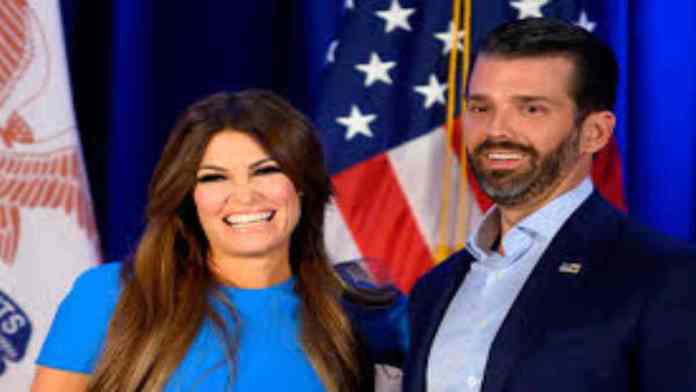 Donald Trump Jr. and Kimberly Guilfoyle are getting married.

They’ve been secretly engaged for over a year, and it’s only now that it’s come to light.

President Trump’s eldest son reportedly proposed to his ex-Fox News anchor GF on New Year’s Eve 2020, but the engagement remained hidden from public view until this weekend, when Kimberly was seen flashing her engagement ring on social media.

People in their inner circle were aware of their engagement because Kimberly was not hiding the ring during private gatherings, according to the Daily Mail. She only hid it while the camera was rolling.

Kimberly and Donald Trump Jr. have been dating for several years.

They both have children from previous marriages.