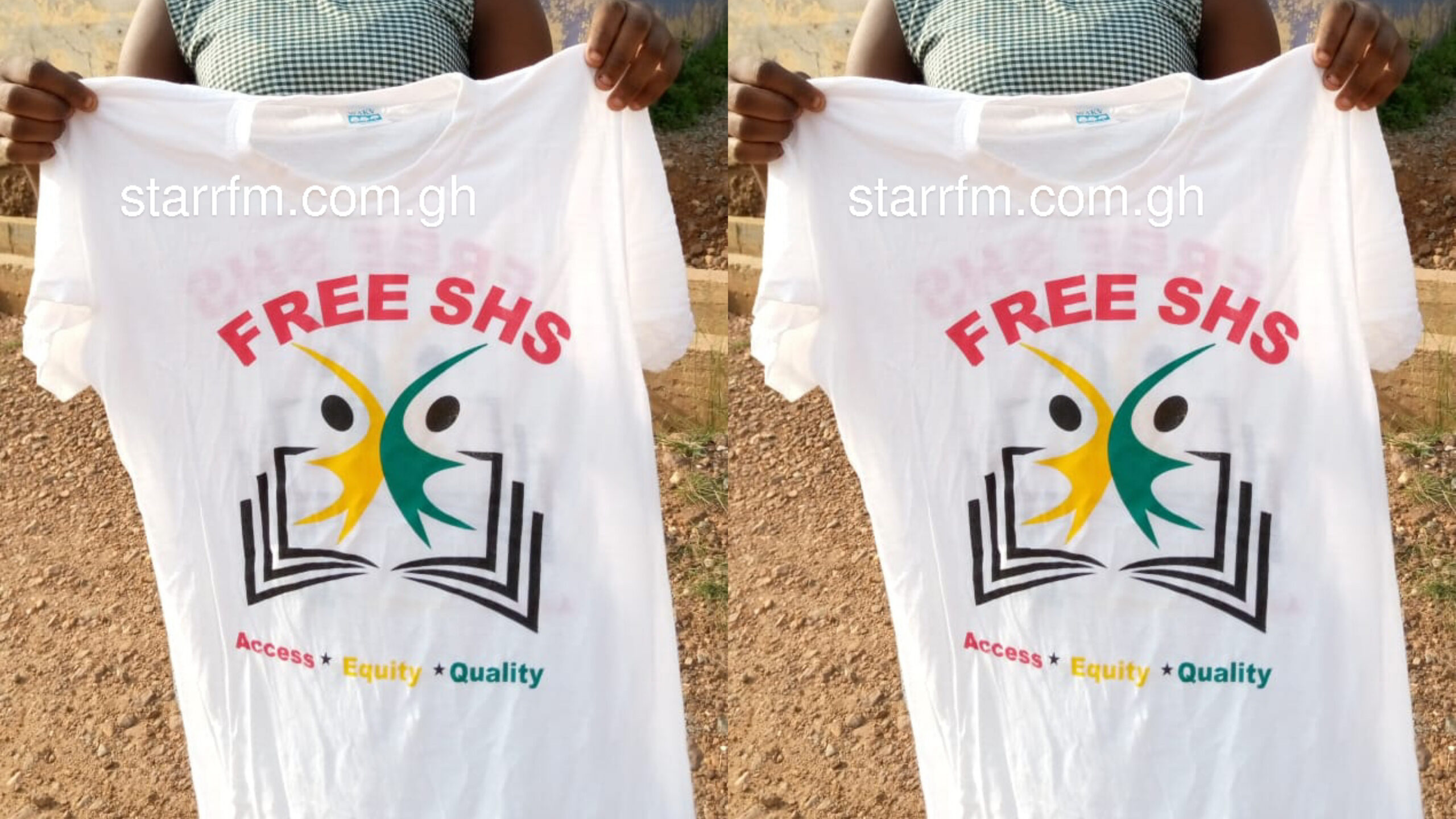 Large-scale printing of Free SHS branded T-shirts for distribution to approximately 1,274,412 kids now enrolled in schools across Ghana has been uncovered and reported by Starrfm.com.gh

The T-shirts are being procured by the Secretariat of the Free Senior High School at the Presidency’s office.

The price of the shirts has not been revealed, but the normal cost of printing a T-shirt in Ghana ranges from GHC20 to GHC60 depending on the quality, with discounts dependent on the number of prints.

According to the Ministry of Education, there are now 827,193 second and third-year SHS students enrolled.

According to the ministry, an estimated 447,219 first-year students have enrolled.

Using an average printing price of Ghc30 per T-shirt, the government will spend about Ghc38,232,360 on the Free SHS t-shirts that will be distributed to the approximately 1,274,412 kids now enrolled in school.

According to Starr News Eastern Regional Correspondent Kojo Ansah, over 100 public second cycle institutions in the Eastern region, including Technical and Vocational Education Training institutes, have received 41,215 t-shirts so far.

Each school received 416 T-shirts as an initial consignment, with more T-shirts expected to come for distribution.

When contacted, Asiedu Acheampong, the Public Relations Officer for Ghana Education Service at the Eastern Regional Education Directorate, denied knowledge of such t-shirts being sent to any school.

“What I am aware of is branded Cardigan of the various schools,” he added, “but I am not aware of free SHS t-shirts, so if you can email a picture of it to me and the name of the school you took the images from, that would be great.”

Not convinced by the PRO’s explanation, Kojo Ansah approached Daniel Ayertey, Regional Supply Officer at the GES Regional Directorate, and asked why he was distributing free SHS branded T-shirts that the PRO claimed GES had not sanctioned. Mr Aryertey, shocked by the PRO’s statement, placed a phone call to him.

He later added that the t-shirts were brought in late last year from the Free SHS Secretariat to be provided to the pupils for free.

He explained that the region received 41,215 pieces as the first consignment, but that because the stores were already filled, they opted to release it to the schools, who would then use their discretion to distribute it to the children as they awaited the second consignment.

Although the t-shirts are free for pupils, some headmasters and instructors informed Starr News that the printing costs are not.

They claimed that the expense of printing the t-shirts might be utilised to make part of the government’s arrears payment to the schools.