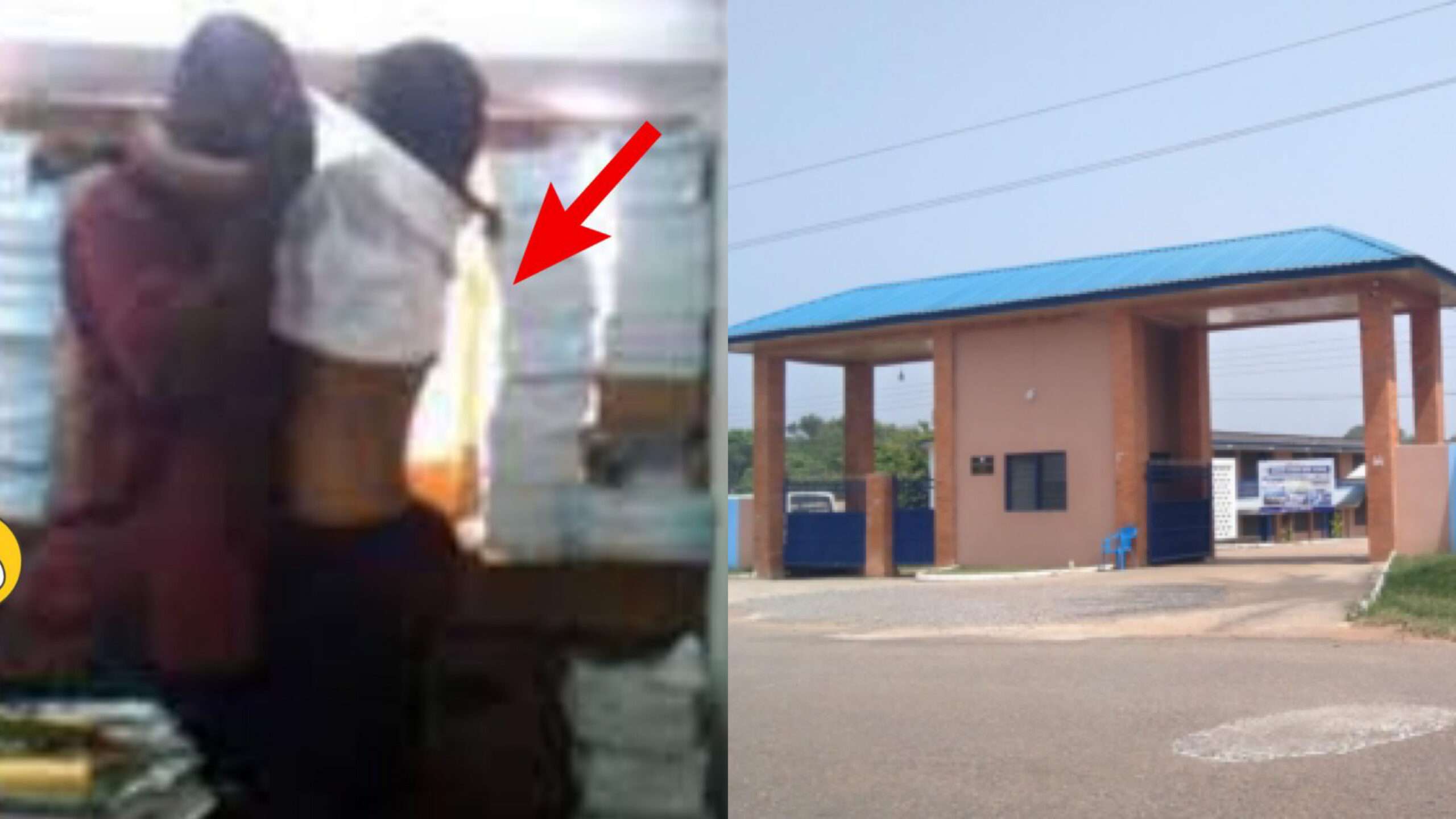 Some students have accused some instructors at Benkum SHS in the Eastern Region of engaging in sexual activity with them.

The sexual encounter between a student and one of the teachers was captured on camera, and it has already leaked, creating stress in the typically tranquil school setting.

Three teachers were allegedly implicated in the scandal.

The Akropong Police Command has been notified of the incident, and an investigation is proceeding.

The English teacher, one of the teachers implicated, had his or her income stopped when the Akuapem North District and Eastern Regional Education Office formed a committee to look into the situation.

When approached, Isaac Bannie, one of the professors who was reportedly engaged, denied any involvement. He said that he was actually the student’s family and not a buddy.

Officials at the Police command and the Office of Education verified the scandal.

Mr. Nyarkoh, the school’s headmaster, disclosed that an investigation is being conducted.

The English instructor, Emmanuel Darkoh Mensah, is rumoured to have expressed regret to the authorities for the scandal at this time. He is now concerned about death threats after the incident.

Below is the full apology statement of Mr Mensah:

I accept I’m a coward. Yes, cowardice made me do all that I did. Having my salary blocked in this very difficult economic situation we find ourselves in and the concomitant loss of my job put me in a state of insecurity and made me waspish which caused me to react in that way.

To me, I felt the girl has destroyed me so I wanted to pay her back but my retaliation has been extreme and even put the name, teachers and even students of the school into disrepute. I pray to God to obliterate every painful indelible memory my action has caused everyone involved in this mess.

Yes, I’ve allowed myself for a school girl to bring me down and now I accept every aspersion and slur anybody would cast on me, such is life.

This apology is not to please authorities to help me get my job back, no, because that’s highly impossible but to make everyone know how remorseful I feel about my utterly preposterous action.

I regret. I regret everything I’ve done, everything. Right now I feel useless, I feel like my life is not worth even a discarded kitchen pot. I’ve erred and therefore beg for forgiveness from the entire staff, especially the teachers involved. I’ve been infantile in my actions and dragged the name of the school into the gutters. The family of Adwoa (not real name) are threatening to kill me, which is, of course the bitterest punishment because I think even incarceration isn’t enough for me, death is.

And to the headmaster, Mr Nyarkoh, I’m deeply sorry for causing all this mess. I’m sorry for allowing emotions to cloud my brain to act in this very silly way.

Finally, I want to reiterate that my action is outrageous, condemnable, untenable, unethical, nonsensical and unbecoming and deserves every reproach and reprimand.