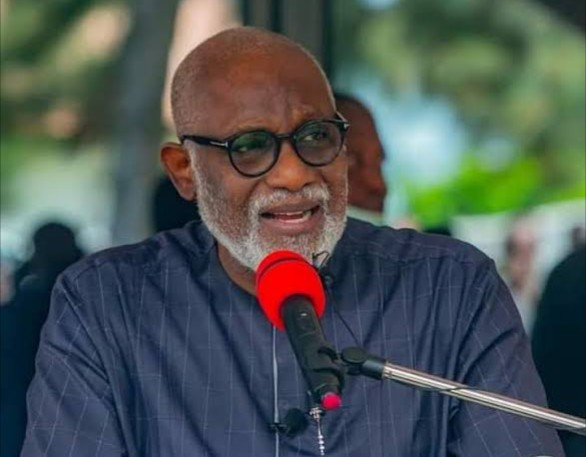 Chairman of the Southern Governors’ Forum and Ondo State Governor, Arakunrin Oluwarotimi Akeredolu, SAN, on Tuesday February 8, warned that any party that fields a northern candidate in the 2023 Presidential election will lose.

Governor Akeredolu disclosed that Governors in the Southern part of the country under the auspices of the Southern Governors Forum are determined to ensure that next President comes from the south.

The Governor spoke in his office during a courtesy visit by members of a group, Power Rotation Movement, led by the Chairman, Dr Pogu Bitrus, who also doubles as the Chairman, Middle Belt Forum

Governor Akeredolu, who said those pushing against the power rotation in the country are tinkering with the existence of Nigeria, added that he believes in one fair and equitable Nigeria.

He commended the group for its approach by involving youths in galvanizing support and votes ahead of the 2023 election.

“In about two or three meetings, we have come out and declared that power must move to the south.

“Only a party that is determined to lose will field a northern candidate. You are now a movement of members of political parties coming together. What we stand for is fair and equitable power rotation. The only thing fair is that after 8 years in the north, it should come to the south.

“Some of us believe in One Nigeria that’s fair and equitable. We have a reason for it and it can be defended. Some people have argued that the Presidency should be based on competence. Are they saying there are no competent ones in the south?

“My brother Governors from the south, all of us are determined. Whosoever we pick, for as long as it is south, we will support him. We are saying the President must come from the south. There are people who merit it in the South-South, South- East, and the South-West.

“I also support your approach. If you are able to mobilize the youth and do not allow the election to be rigged, then we will win. You should also get our women to support us.”