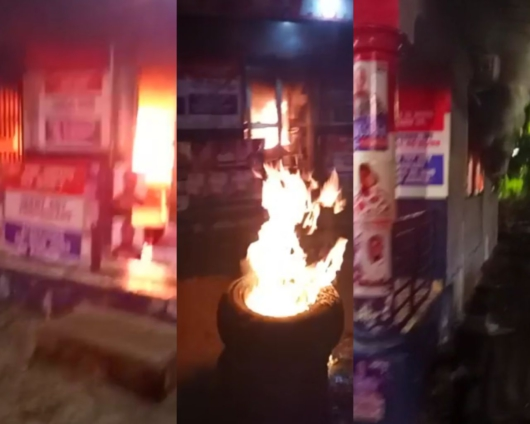 Disgruntled supporters of the New Patriotic Party (NPP) in the Western North Region’s Aowin Constituency have set fire to the party’s office over the National Executive Council’s (NEC) decision to rerun the previous elections.

Their protests are in response to the Council’s attempts to rerun the constituency elections due to alleged anomalies in the process.

However, supporters who are angry over the decision say they will fight any attempt to reschedule the elections.

People from other constituencies were rather included in the registration to participate in the exercise, according to the offending delegates.

They further claimed that some National Democratic Congress (NDC) members were inserted to boost the chances of some candidates.

Meanwhile, Party delegates expressed their unhappiness with the development.

They also accused several top Party leaders of rigging the election process to benefit their candidates.