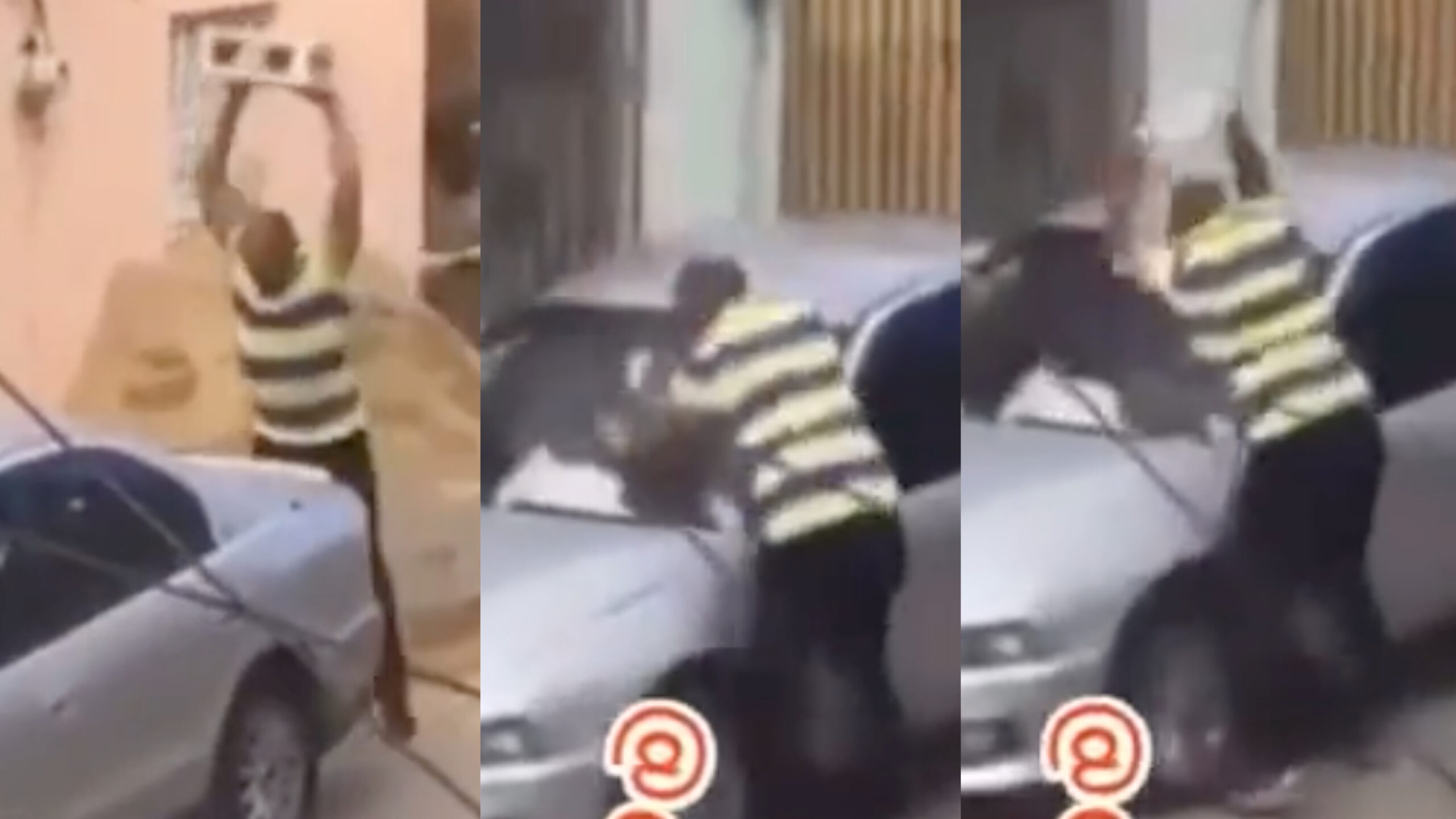 An angry husband tracked a man who had ostensibly been hotting on his wife down and destroyed his car without care.

It took the distraught husband several days of planning and stalking his wife to determine her routine and where and when she hangs out with the man.

As a very disturbed husband whose marriage was on the verge of collapse, he had to take matters into his hands by salvaging his home.

As a result, he tracked down the man and caught up with him. With fury burning inside of him, he unleashed his full anger on the man when he refused to get down out of his car.

The visibly angry husband, pick up rocky stones and smashed the car with full force. He shouted at the top of his voice as he ordered the man who had been hitting on his wife to get out.

When he refused on several occasions, he hit the car and damaged the windows. He picked up a block and destroyed the frame of the car as the man sat in it.

Check out video below…