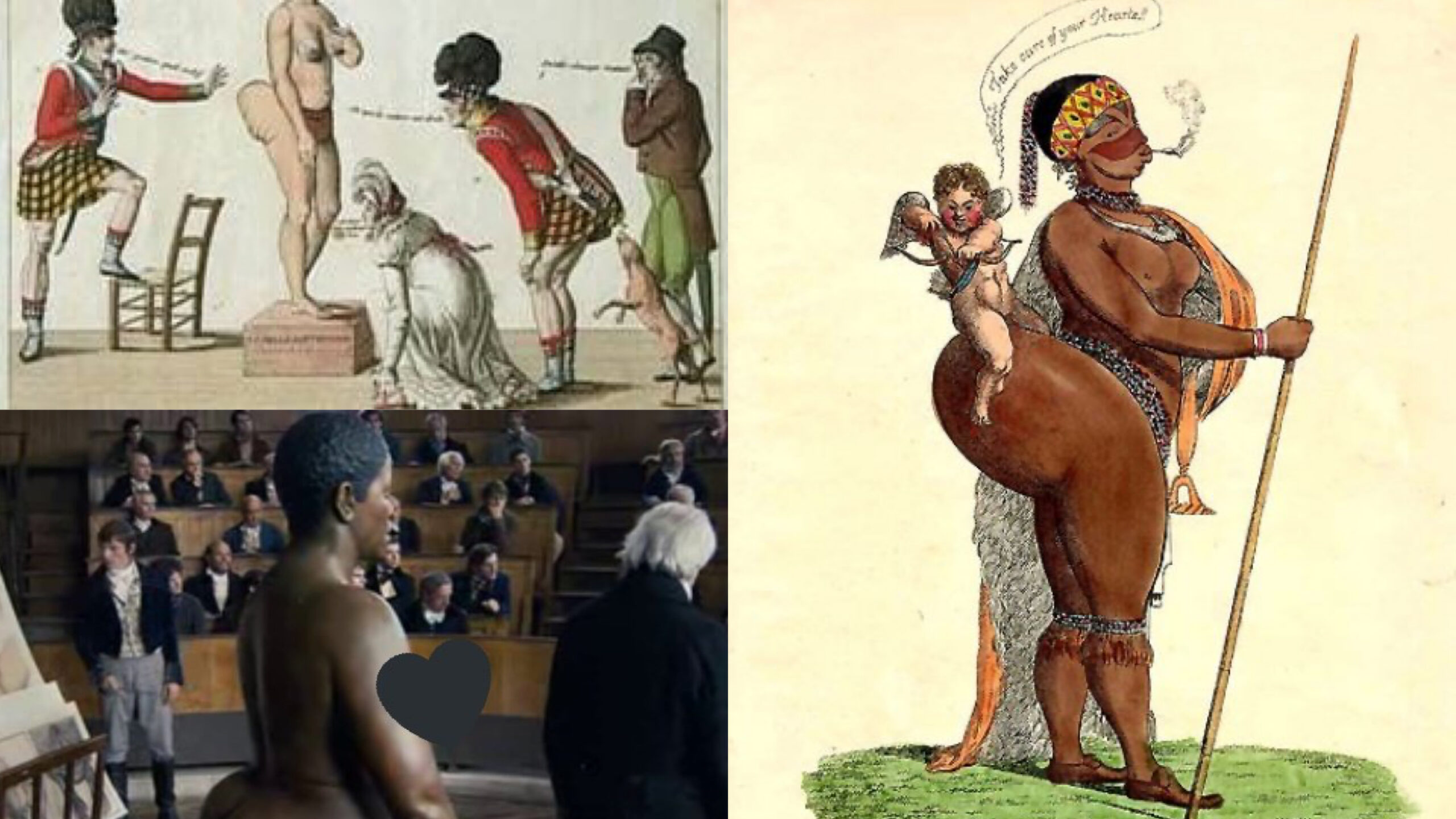 Sara’s life had been difficult. She was born in 1789 in the Camdeboo valley, in the eastern part of South Africa’s Cape Colony. Although it is widely assumed that she was born in the Gamtoos valley, she moved there with her family only a few years after her birth.

Her mother died when she was two years old, and her father, a cattle driver, died when she was a teenager. After a Dutch colonist murdered her partner, with whom she had a child who died, she went into domestic service in Cape Town.

Despite her illiteracy, Sara allegedly signed a ‘contract’ in October 1810 with English surgeon William Dunlop and mixed-race entrepreneur Hendrik Cesars, in whose household she worked, stating that she would travel to England to participate in shows. 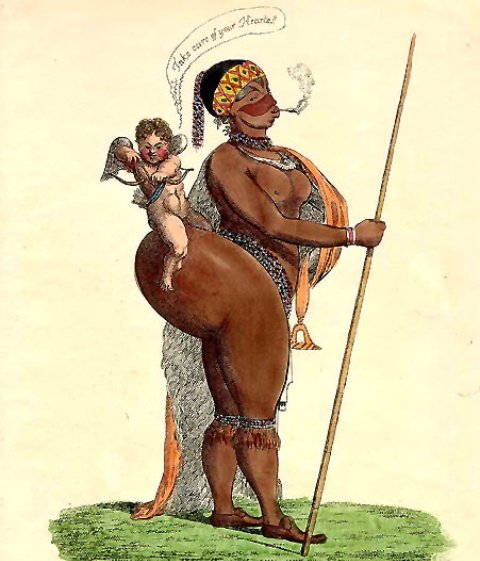 According to the contract terms, she would travel to England and Ireland with Hendrik and Dunlop to work as a servant and exhibit for entertainment purposes, she would receive a “portion of earnings” from her exhibitions, and she would be allowed to return to South Africa after 5 years.

Her’signing’ appears to be questionable for two reasons. The first is that she was illiterate and grew up in a family that did not write or keep records. Second, the Cesar families were experiencing financial difficulties, and it is suspected that they used Sara to make money.

Sara’s buttocks and colouring piqued the interest of colonists who believed they were racially superior. She was then taken to London, where she was shown to an English audience in a cage about a metre and a half high, with her half-naked body displayed.

The campaign against slavery in Britain was in full swing during Sara’s time with Dunlop and Cesar, and as a result, Sara’s treatment was called into question. Her ’employers’ were brought to trial, but no real consequences were imposed.

They produced a document purportedly signed by Sara as well as her own testimony claiming she was not being mistreated. Her ‘contract’ was amended, however, and she became entitled to ‘better conditions,’ a ‘greater profit share,’ and ‘warm clothes.’

Hendrik Cesar took her to Paris in 1814 and sold her to a showman named Reaux, who displayed animals. She was raped and impregnated by S. Reaux after being sold to him. Okurra Reaux, the child, died at the age of five from an unknown disease. 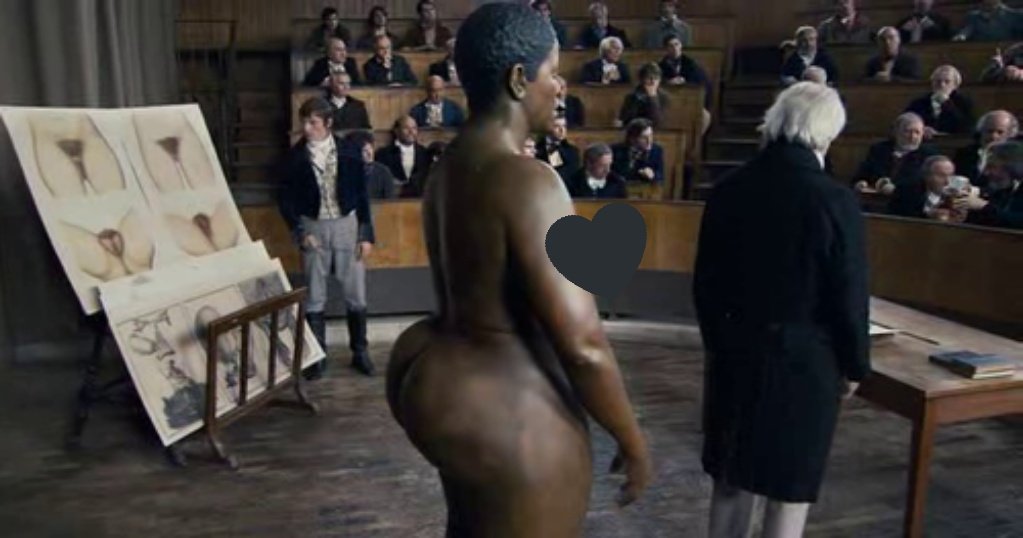 He paraded her around Paris, profiting financially from the public’s fascination with Sara’s body. He began displaying her in a cage with a baby rhinoceros.

She was examined by a commission of zoologists and physiologists in March of 1815, and she was also painted naked, and they concluded that she was a link between animals and humans. As a result, Sara was used to reinforcing the stereotype that Africans were oversexed and a lesser race.

Her health deteriorated, and she died at the age of 26 from undetermined causes. Georges Cuvier, a French scientist, was granted permission to dissect her within hours of her death. He focused his attention on her buttocks, private parts, and brain.

Following the dissection, her skeleton, along with her brain and external private parts, was mounted on a stand for display in a French museum.

In 1995, President Nelson Mandela requested that the French government return Sara’s remains so that she could be laid to rest. 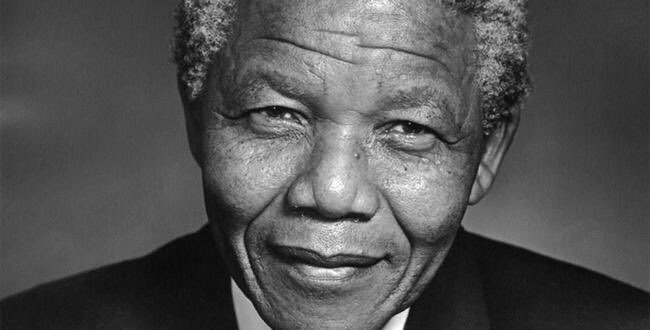 The process took eight years because the French had to carefully word a bill that would prevent other countries from claiming treasures taken by the French.

Sara was finally returned to South Africa, where she was buried, on March 6, 2002. Sara was laid to rest on Women’s Day, a public holiday in South Africa, on August 9, 2002, in Hankey, Eastern Cape Province. 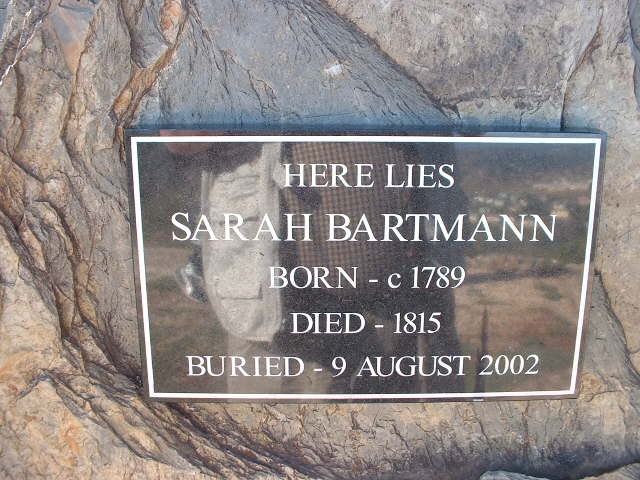 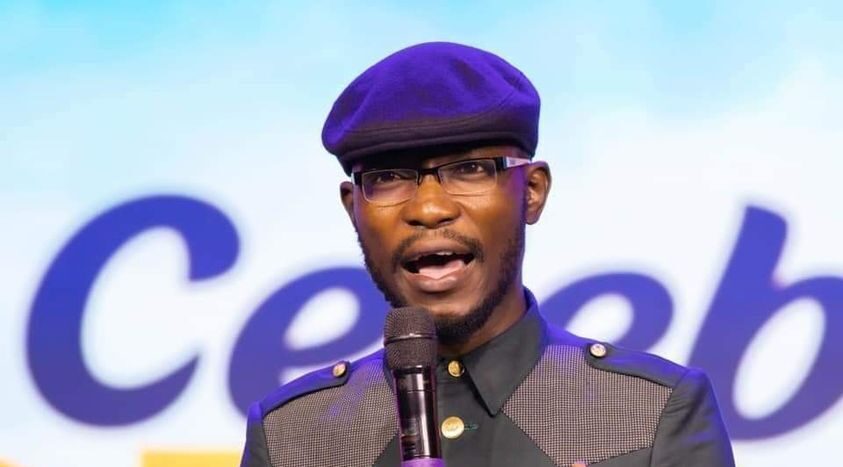 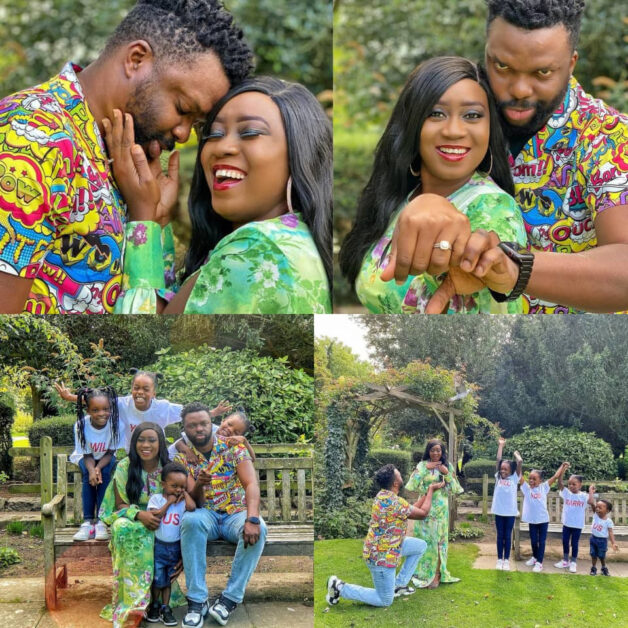