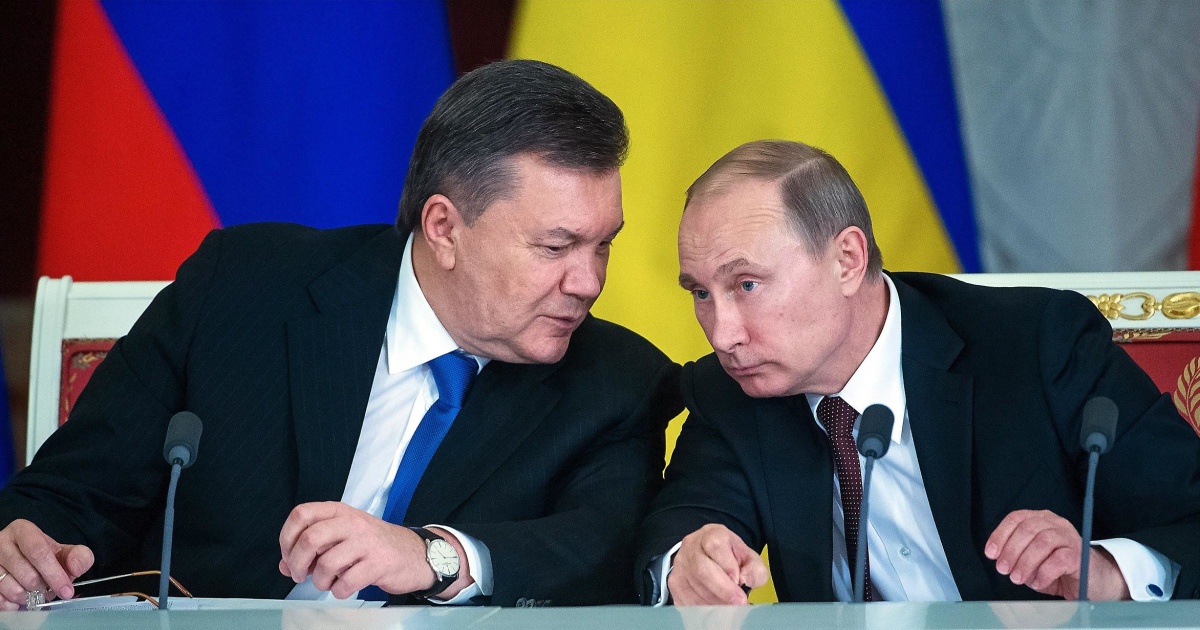 Viktor Yanukovych was elected president of Ukraine in 2010. The West (the United States and the European Union) were not pleased with the events because they considered the new president as being too close to Russia.

Ukraine had a free trade agreement with the EU in the works before Yakunovych’s victory. However, in 2013, Yakunovych reversed his position and refused to sign the agreement, preferring tighter ties with Russia.

The US fomented a Color Revolution (dubbed Euromaidan) in November 2013, sponsored by Assistant Secretary of State for European and Eurasian Affairs Victoria Nuland, which resulted in a coup in Ukraine. Yanukovych was deposed.

Eastern Ukraine’s leaders have pledged their fealty to Yakunovych. This sparked anti-government demonstrations in February 2014, as well as a referendum in Crimea, where 97 percent of voters decided to return Crimea to Russia. In March 2014, Russia took Crimea from Ukraine.

Meanwhile, the new Ukrainian government, formed after the coup, introduced a bill to abolish Russian as an official language. This enraged Russian speakers in eastern Ukraine, who said ethnic Russians were in grave danger.

Russia began supplying support to Russians in eastern Ukraine (Donetsk, Kharkiv, Zaporizhia, and Odessa) who were demanding independence from Ukraine in early 2014.

Donetsk and Luhansk, which are primarily Russian-speaking, seceded from Ukraine in April 2014 and declared themselves independent republics.

In early 2014, Russia began conducting military exercises on the eastern Ukrainian border, while NATO conducted similar operations in Lithuania, Latvia, and Estonia, all of which share Russian borders.

Despite the Minsk agreements, ongoing conflicts over territory in the Donbas region have been engaged between Ukrainian forces and separatists from Luhansk and Donetsk since 2014, in contravention of the agreements.

In addition to the armed confrontation, the EU and the United States imposed international sanctions on Russia. The sanctions prompted the Russian currency to plummet, causing economic damage to EU countries. Russia had lost an estimated $600 billion by 2016.

According to a UN report issued in 2017, the EU countries were losing roughly “3.2 billion dollars per month” as a result of Russian sanctions.

President Putin authorized the Russian military to mobilize troops near the Ukrainian border and in Crimea in March 2021. Russia sent ships to the Black Sea in November to “observe” US warships. The US ships, Putin claimed, posed a “severe challenge.”

“The actual purpose of US efforts in the Black Sea region is investigating the theater of operations in case Kyiv attempts to end the situation in the southeast by force,” the Russian Ministry of Defense declared in November 2021.

The US began announcing that Russia would invade Ukraine in mid-January 2022, stating that an attack may begin before the end of the 2022 Winter Olympics in Beijing in February.

NATO began supplying Ukraine with weapons in January 2022, including anti-armor missiles and other US-made armaments. The United States supplied 90,000 kg of dangerous weaponry to Ukraine on January 22. In support of NATO, the Netherlands and Spain also sent troops to the region.

In February, the United States dispatched soldiers to Germany and Poland, as well as F-15 fighter jets to Romania, to bolster NATO’s presence in Europe. Britain also sent troops, cruisers, and fighter jets to Eastern Europe.

The leaders of the self-proclaimed Donetsk and Luhansk People’s Republics asked Putin to officially recognize their independence on February 21. Putin agreed and signed a document recognizing the republics, as well as ordering soldiers to be dispatched there.

Boris Johnson imposed sanctions against Russian banks and people on February 22. The certification procedure for the Nord Stream 2 pipeline has been halted by Germany.

All Russians who voted in favor of the recognition of the separatist territories were blacklisted by EU foreign ministers.

President Putin announced the start of a “special military operation” in the Donbass region on February 24, 2022. So that’s where we’re at right now.

Previous post You are famous but not relevant, you are a mixture of trash and toilet – Solomon Buchi claps back at Bobrisky