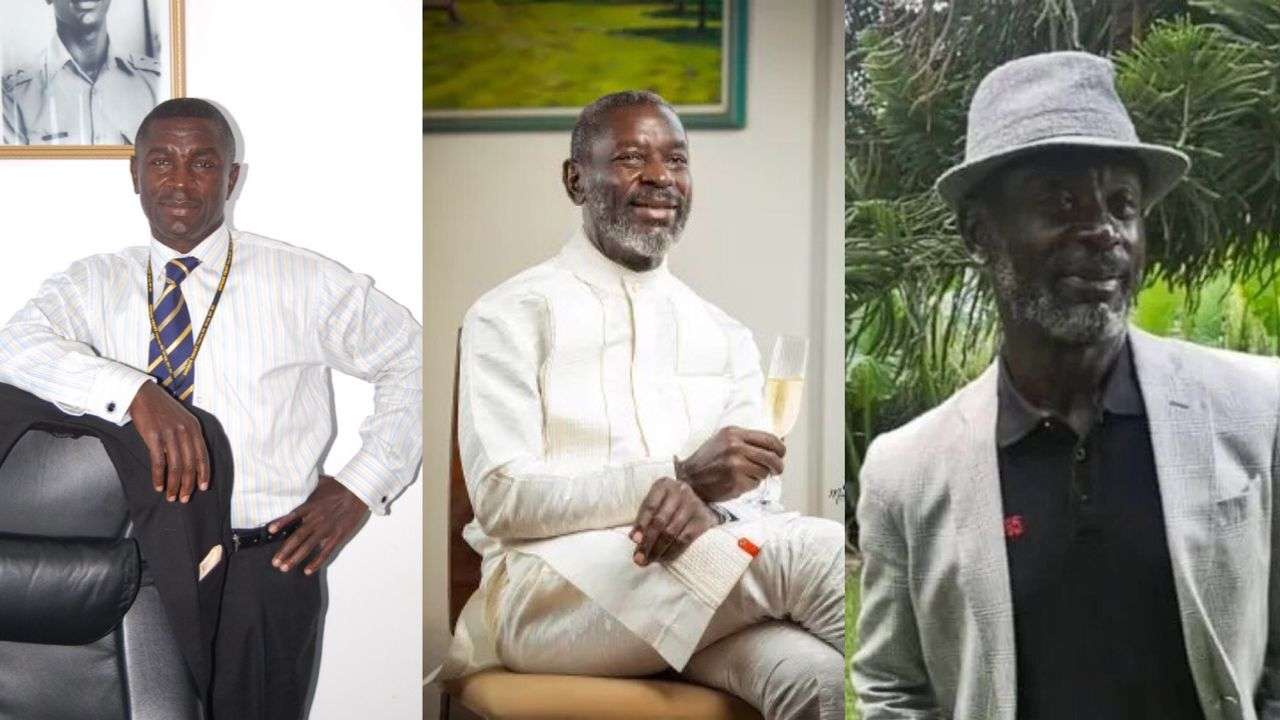 This is the downfall story of Kofi Amoabeng, one of Ghana’s richest men who had a big career as a successful Ghanaian business magnate.

With UT Holdings and UT Bank doing so well and performing at their peak, Kofi Amobeng had gained an enviable reputation as the arrowhead of financial moguls bred in Ghana.

The Fall from Grace for Kofi Amoabeng

In 2017, when the Bank of Ghana cracked the whip on underperforming financial institutions in the country as part of an overall cleanup of the banking sector, Kofi Amoabeng was badly hit.

However, that was not the start of his nemesis. His business had failed to make profits in the years before, and UT Bank was struggling to pay its workers, compensate the stakeholders, and attend to customers.

Customers who had had their money locked up in the firm for months heaved a sigh of relief when the government of Ghana took over and promised to settle them in full.

This metamorphosed into Kofi Amoabeng losing his bank and its ripple effect seen in the crippling of his other businesses like UT Holdings and UT Investments, among others.

How did it go wrong for a genius? How did this once-revered wealthy man become a pauper? Was it just a fall from grace or the consequence of long years of bad corporate decisions?

In a recent revelation, Kofi Amoabeng said he is broke. According to the man who used to have a total net worth of over $500 million, he has to sell his mansion, cars, and other valuables in order to save his face. Kofi Amoabeng is now bankrupt.

“I have one watch, I have one shoe so I don’t need much money. I don’t have to have a lot of money to enjoy life…I don’t drive Range Rover any more, I drive a Lexus…I had to sell it (mansion) to organize myself not to get broke.”

Kofi Amoabeng has picked up a huge inspiration from his downfall and channelled his already waning energy into the writing of a book that throws more light on his struggle to the top and how he started so small.

The book “UT Story (Vol 1): Humble Beginnings” does not only tell more about the man’s tenacity and an inherent desire for success, but it also exposes his flaws, vacilations, and how they all culminated in sinking the UT ship.

Excerpts of the book read:

Capt. Amoabeng disclosed that hooking up with his neighbour TT, who had registered two businesses, was the beginning of his lessons in entrepreneurship.

His ups and downs as he meandered through the business world sometimes got him disappointed as happened on one occasion when he took cheques twice from a friend in Ghana to the UK and they bounced.

His forays into the oil business after his break up with his neighbour and business partner TT were things that prepared him for the future.

Along the path, Capt. Kofi Amoabeng did not only become a representative of Elf but a manager of one of its filling stations at Osu.

Mrs Theresa Owusu, Deputy Minister of Energy then, got into the mix as she interacted positively with him in the oil business.

Captain Amoabeng’s ingenuity in raising capital to support Unique Trust was interesting. It was clear that it hinged on human relations, which he might have imbibed during his days at the military academy and as a paymaster in the army.

His drive and persistent determination worked magic for him, so building a unique team with the likes of Major Nyen was worthwhile. Read More Here.

Kofi Amoabeng did not have a clean and perfect life. His rise and fall were fraught with scandals and career-threatening allegations.

The state has discontinued the case against the founder of now-defunct UT Bank, Prince Kofi Amoabeng at the circuit court.

Kofi Amoabeng was facing charges of stealing and money laundering following the alleged role he played in the collapse of UT bank.

According to the prosecution represented by ASP Emmanuel Nyamekye, they intend to file a fresh case against Mr. Amoabeng at the High Court hence their decision.

The decision means the trial at the circuit court has been brought to an end.

Meanwhile, a similar case which involves the Managing Director of defunct Beige Bank, Mike Nyinaku at the same circuit court has been adjourned to March 5, 2020.

A queen mother, Nana Otua Owusua I, has told Pulse.com.gh that she has been a victim of injustice in the hands of some of the judges cited in the latest Anas exposé.

The queen-mother said she was unfairly treated by Justices Essel Mensah, and Justice  Obimpeh when she battled UT boss Kofi Amoabeng in court over her 30-bedroom house at Ringway Estate.

In the investigative piece by ace journalist, Anas Aremeyaw Anas and his Tiger Eye PI team, thirty-four judges at the country’s High Courts, the Circuit and District courts were captured on camera allegedly taking bribes from litigants whose cases come before them.

The exposé was premiered at the Accra International Conference Centre despite an application of interlocutory injunction serving the Ministry of Foreign Affairs property.

The founder of the now-defunct UT Bank, Prince Kofi Amoabeng, has been arrested.

Information about the arrest of the respected business mogul is scanty, however, Joy News’ Kwesi Parker Wilson has reported that he is already being prepared for court.

Controversial and outspoken hiplife songstress Mzbel has finally opened up on her relationship with businessman and Founder of UT Bank Kofi Amoabeng.The ‘Legelege’ singer told TV host Delay in a yet-to-air episode of the Delay Show on Viasat 1 that she’s had sexual relations with Amoabeng as has been speculated previously.“Oh yeah, a lot of times,” she said when asked by the host if she’s ever slept with Kofi Amoabeng.Mzbel’s confession may be news to some people while it may not be not to others who knew of their union.

Kofi Amoabeng in an article written on ghanaweb.com on November 16, 2021, sought to explain how he felt about the collapse of UT Bank.

“The truth is if the bank was fully functional, meeting all the capital requirements from its regulators, the government would not have closed down the bank. But the bank was going through problems and every business goes through problems; it doesn’t matter how big you are.

“It is the government that will decide to close it down because it is that bad or it should be bailed out because it is dear to the country; this is all government’s discretion on behalf of the people.

“For UT’s position, the government decided that where the problems of the bank had reached, it is impossible to bail the bank out, therefore, it needs to be closed down and so be it; it was closed down,”

Kofi Amoabeng did not only lose his business, but he also ended up losing his charm, charisma, and drive. The vicissitudes of life have had a huge toll on his overall being and persona.

The depressing situation where you see all your fortunes vanish in a flash has gone a long way to changing the way the once eloquent Kofi Amoabeng speaks and looks. He barely cares about trimming his beard, putting on his well-tailored corporate suit, and swaggering his way out and about.

Aside from bad corporate governance and perhaps ill luck, Kofi Amoabeng’s fall could also be attributed to his love for the high life and women. Several women and female celebrities have recounted their experiences with the former UT boss when he was at the top.

While those were his private moments, we could conclude without any iota of doubt that women contributed largely to the grace to grass story of Kofi Amoabeng; the public shame.

On his rainy days, none of the women he used to spend money with, go on vacation with, or enjoy life with could be found. Like horses, they have bolted.

Kofi Amoabeng might probably bounce back. He may try to recoup all that he has lost in the process. He might forge back, start a viable business, and probably thrive once again. Or this could be the sad ending for the illustrious son of Ghana.

Be that as it may, Kofi Amoabeng’s life is a true encyclopedia of knowledge that is not only relevant to businessmen and women but could also serve as a guide to making good decisions and capitalizing on the power of discretion (good judgement).

This Is The Story Of How Kofi Amoabeng Moved From Riches To Penury, An Absolute Fall From Grace To Grass.