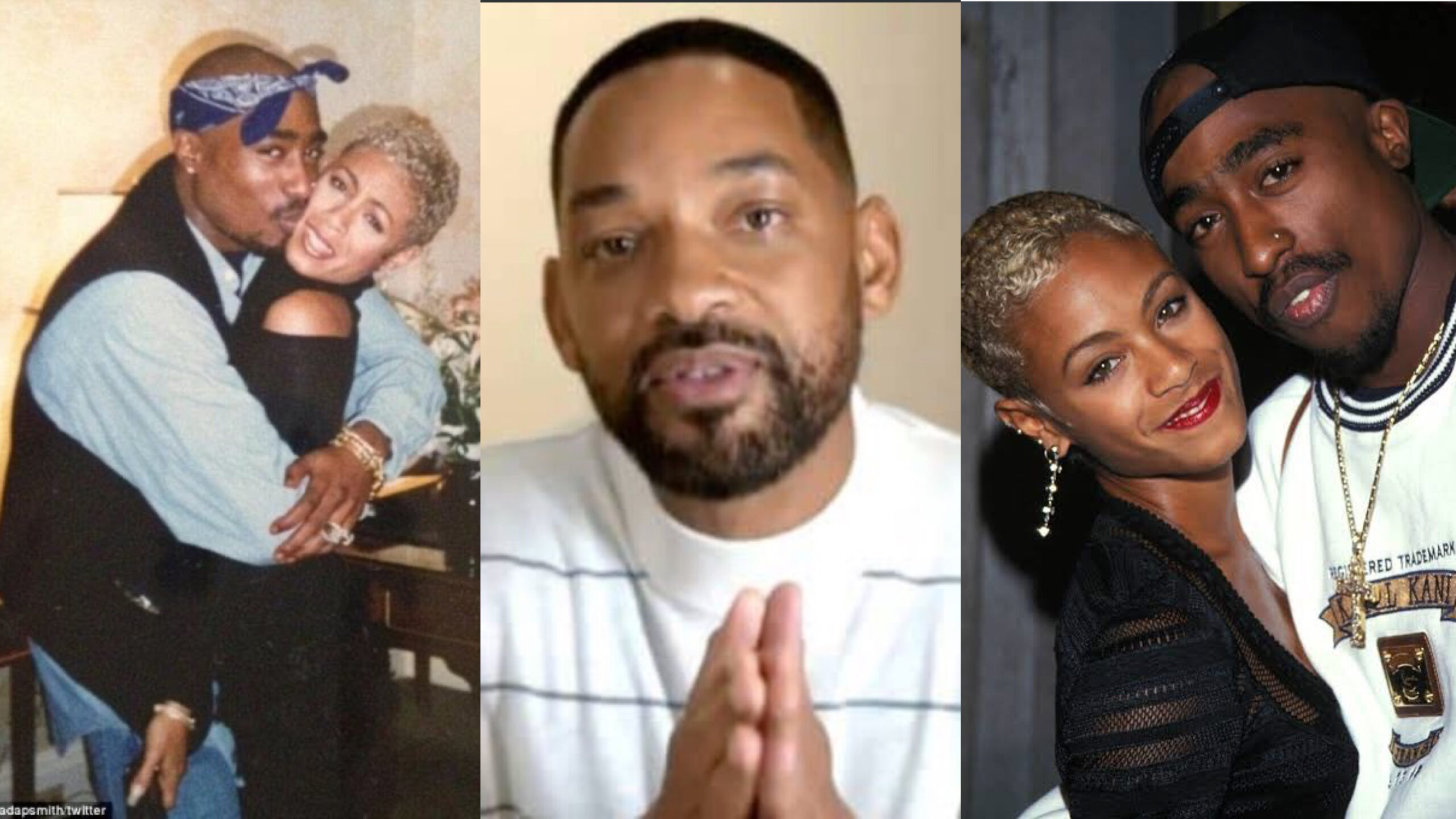 The relationship between Tupac Shakur and Jada Pinkett has always remained topical in several circles and came to the fore following Will Smith’s uncouth public behaviour recently.

There are many who believe Will Smith could have a hand in the death of Tupac Shakur since he wanted to have Jada Pinkett to herself so badly.

Others also believe Jada Pinkett never loved Will Smith and would have gotten married to Tupac Shakur if he were alive.

What was the relationship between Tupac Shakur and Jada Pinkett like and when did Will Smith come into the picture?

How Tupac Shakur and Jada Pinkett met each other

Tupac Shakur and Jada Pinkett-Smith met at the Baltimore School for the Arts in Baltimore, Maryland, where they both took ballet in the 1980s. On their first day of high school, they met.

Tupac took theatre, ballet, and dance in addition to majoring in poetry and jazz, whereas Pinkett Smith majored in dance and theatre.

“It was the first day and he came over to me and introduced himself and in high school, Pac was a little funny looking”.

“Definitely from looking at him, wasn’t necessarily the type of cat that I would even like, to deal with. But as soon as he approached me, he was like a magnet. Once you paid attention to him he kind of sucked you in. And we hit it off from that moment on”

“I don’t think either one of us thought we would have made it in the way that we did, but we knew we were gonna do something. He was one of my best friends, he was like a brother.” – Jada Pinkett Smith on Tupac.

Tupac and Jada Pinkett’s Relationship; How It Begun

Tupac even wrote Jada Pinkett Smith a love letter titled “Forever Yours, Tupac” when they were both in high school. In the mid-90s, the Girls Trip actress began dating Will from Fresh Prince of Bel-Air, and the two married in 1997, three months after Tupac was shot and died in a drive-by shooting.

Tupac, on the other hand, was present during the early days of Jada and Will’s relationship, which apparently caused friction among the trio. In an interview with The Art of Dialogue, Napoleon, a member of Outlawz Immortalz who was trained by Tupac, said:

‘I remember when I first came around Pac, Jada Pinkett was in a movie; it may have been the first movie she ever starred in with one of the Wayans Brothers.

“But the second time I probably heard him talk about her was when he went to LA and he was very upset. Pac came in the room, he was like, “Jada gonna contact me and tell me, “Don’t do nothing to Will Smith!”’According to Napoleon, Tupac was ‘upset’ by Jada’s comment and said:

Will Smith admitted last year that he was insecure about Jada’s tight bond with Tupac and went so far as to refuse to speak to the California Love artist whenever he was in the area.

When asked if he ever felt that way by Charlamagne Tha God of The Breakfast Club, Will replied:

‘F**k yeah, & that was in the early days.’ He added: ‘That was a big regret for me too because I couldn’t open up to interact with ‘Pac. We had a little bit of a thing because they grew up together & they loved each other but they never had a sexual relationship.’

Will admitted: ‘Pac had a little thing on that but she just loved him. He was the image of perfection but she was with the Fresh Prince.’ Revealing the extent of the tension between them, Will recalled: ‘We were in the room together a couple of times and I couldn’t speak to him.

He went on to say that Jada used to push her two favourite males to spend out with because their personalities were so similar. Will was having none of it and has finally confessed:

That was my biggest regret, and I couldn’t deal with it. He was ‘Pac,’ and I was the soft rapper from Philly. I was terribly insecure and couldn’t handle the connection because I wasn’t man enough.’

In this new edition of Just4WomenAfrica, the host Olalekan Amusa spoke to Saidy Brown, who was HIV positive for 14...