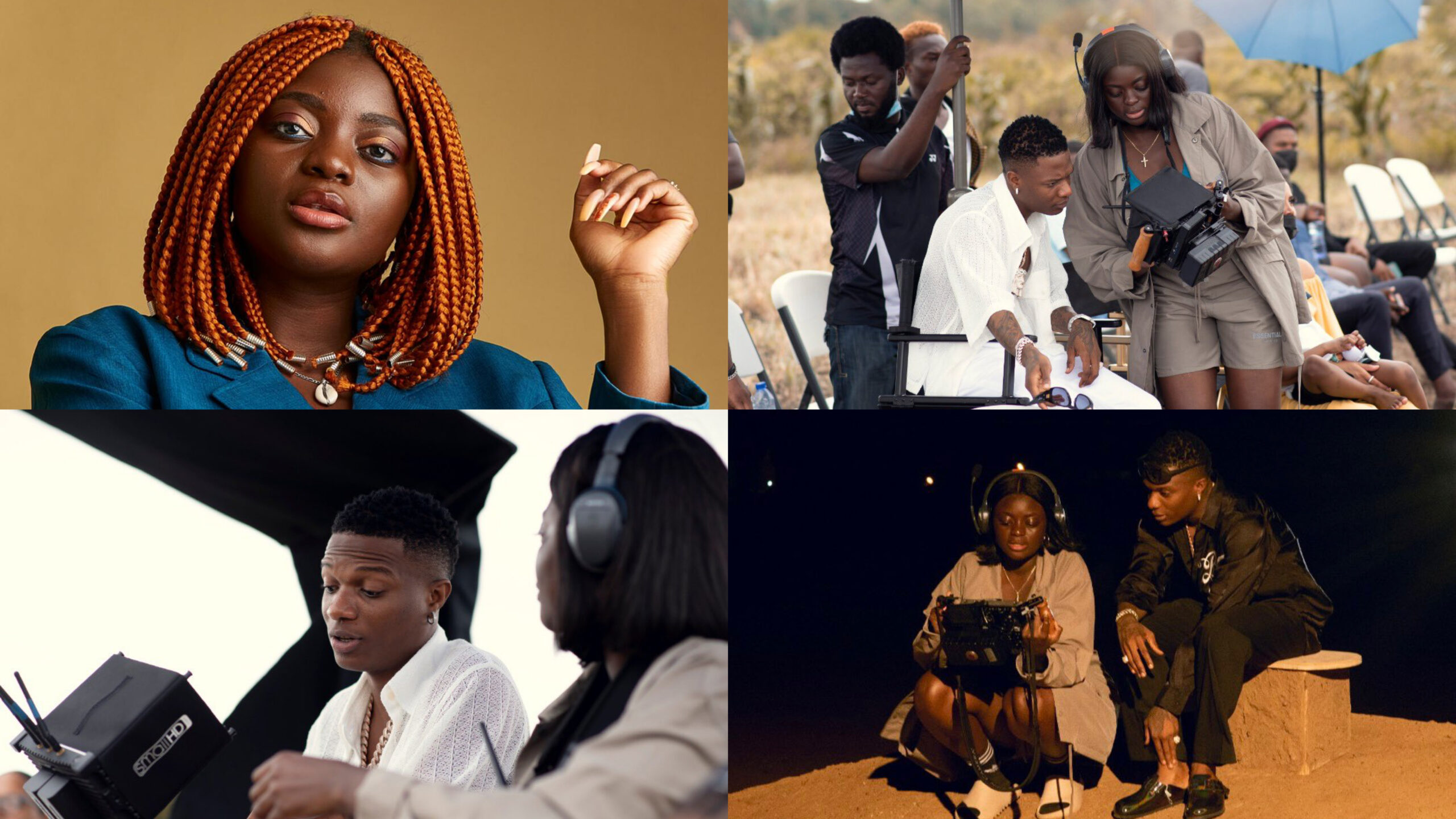 Kuukua Eshun has been a trailblazer in the film industry and as a director she has redefined quality as far as filmmaking was concerned.

In recent photos shared by her, Kuukua revealed how she worked up close and personal with Nigerian superstar Wizkid on a new movie that was shot at the Aburi area in Ghana.

The movie is titled “Made In Lagos” which was made for the singer’s latest album.

Kuukua Eshun was critical in the making of the “Made In Lagos” short film which was shot in Ghana and chiefly directed by her.

Sharing the photos she took while on set with Wizkid, Kuukua Eshun said she was the brain behind the “Made In Lagos” film.

Check Out Photos Below:

Who is Kuukua Eshun?

Kuukua Eshun is a Ghanaian-American creative. Kuukua raises awareness about social issues and mental health through her writing and film. She is the co-founder of Boxedkids.

Kuukua’s first film titled Artist, Act of Love won an award at the worldwide women’s films festival for best visual effect. She is the co-founder of Skate Gal Club.

Kuukua Eshun was born in Accra Ghana but currently lives and works in the USA. Kuukua recently worked with Nigerian musician Wizkid where she directed a performance for him.

Kuukua Eshun is a graduate of the Columbus State Comunity College. Kuukua Eshun is the founder of Accra Studios Live and currently works as a filmmaker and film director.

Next post Rolf Buchholz: the most-pierced man in the world with 278 piercings on his genital