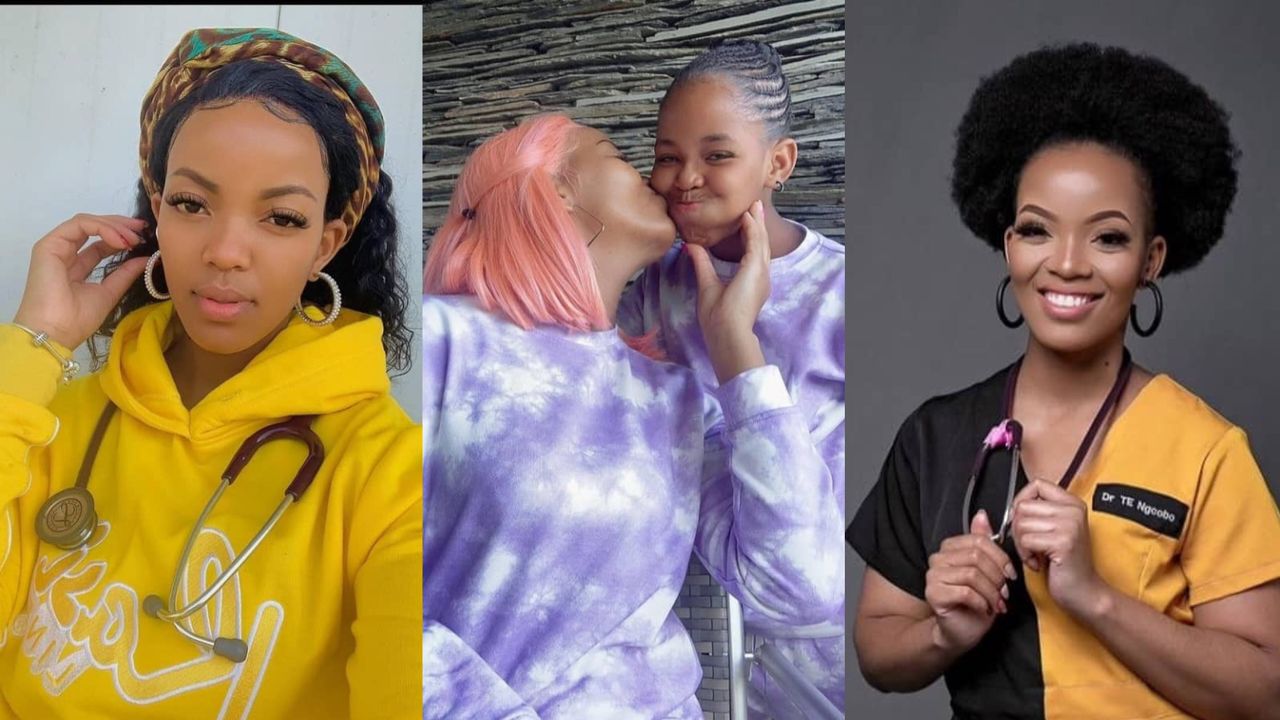 The story of the South African doctor, Thandeka Ngcobo, who realized her dreams even after being beset by pregnancy at a young age, is not only commendable but inspiring.

Going beyond the odds as a young African girl with bigger ambitions had to require a great amount of perseverance, hard work, and a whole lot of determination.

The history of how pregnancies ended the burgeoning and promising aspirations of several African girls is not lost on us at all. At least as Africans, we can relate to several girls who unfortunately found themselves in that situation.

Lack of a support system, poverty, and other related challenges paralyze the young girl who, as a result of her indiscretion and reckless choices, was unable to further her education or learn a trade because she had to become a mother when she should have been a daughter.

Well, the story of Thandeka Ngcobo is a different one altogether. In a conversation with Just4WomenAfrica, she details how she was able to deal with pregnancy at age 17, get back into school, and work hard to actualize her dream of becoming a doctor.

Her first response to host Olalekan Amusa about her struggle as a teenage mother who had to work her tail off to care for her child was:

“It was not part of the plan. I was only 17 at the time, and I had no intention of becoming a mother, let alone a teenage mother. All I wanted to do was return to school and pursue my dream of becoming a doctor. “

Who is Thandeka Ngcobo?

Thandeka Ngcobo is a medical doctor who was born and bred in Kwazulu Natal in South Africa. According to her, she comes from a big family of eight siblings, and she is the seventh. She described her time growing up as wonderful.

Why did I want to be a doctor?

According to Thandeka Ngcobo, she always wanted to be a doctor due to the fact that she grew up in a village where seeing a doctor “was a luxury” that many could not afford. As a result, she wanted to help her village by providing accessible healthcare to all and sundry and bridging the gap.

I decided to become a doctor at primary school. So at high school, I studied subjects that were in line with my aspirations and that could get me into the medical field.

However, the journey to realizing that dream was bumpy, rough, and demotivating. How did she brace all that, rise above the setbacks, and eventually become a doctor?

I became pregnant while in medical school. How did it happen?

Thandeka Ngcobo is described as a good girl who was looking forward to finishing school, working and finally settling down. According to her, she led an exemplary life and wanted to only have children when she was ready.

However, when she started dating at age 17, she suddenly discovered one day that she was pregnant. It came as a shock because she was not prepared for it, and it made her feel so disappointed that her dreams of becoming a doctor were out the window.

According to Thandeka Ngcobo, she could not disclose the pregnancy to her friends and family because she was only 17 and at a loss. Her parents were not aware of her pregnancy until she was almost ready for delivery because she hid it from them.

Thandeka Ngcobo indicated that she lost her position at school and went into isolation as a result of the pregnancy.

What was the support system when you got pregnant?

Although she hid the pregnancy from her parents for most of the period, Thandeka Ngcobo said the father of the child gave her the utmost support she needed to get through the trying moments.

I had support from the father of the baby and his family. At a point, I felt I should go back to medical school, stay home and take care of the baby. But I had to revisit the drawing board.

“I am grateful to my mother for her support, care, etc. when I finally broke the news about the pregnancy to her.”

Teenage pregnancy in South Africa: What could be done?

Aside from the emotional trauma teenage mothers encounter, Thandeka Ngcobo intimated that these mothers are usually not ready and the lack of a support system leaves them vulnerable.

Being in medical school while pregnant

“It was stressful,” she said. Thandeka Ngcobo intimated that she had to deliver, leave the child with her mother, and go back to school. She had to always be in touch with her mother about the condition of her child.

“It was emotionally and mentally draining.” I had to become a mother anytime I was back home. I could only study when I was in school. At school, I’m a student; at home, I’m a mother. ” I was lucky because making it through medical school while being a patient was a miracle.

Thandeka Ngcobo wants to change the narrative about teenage pregnancy and how these impressionable young girls could be helped and prevented from becoming mothers at a relatively young age.

She wants to focus on other fields of medicine, including paediatrics, family medicine, etc.

Pregnancy did not stop Thandeka Ngcobo from achieving her dreams, and her story must surely serve as a good example to people in similar situations. They need to still believe in the validity of their dreams and work hard to achieve them no matter the circumstances.

Watch the full interview below and don’t forget to subscribe.

Next post Serwaa Amihere could be hiding her pregnancy too