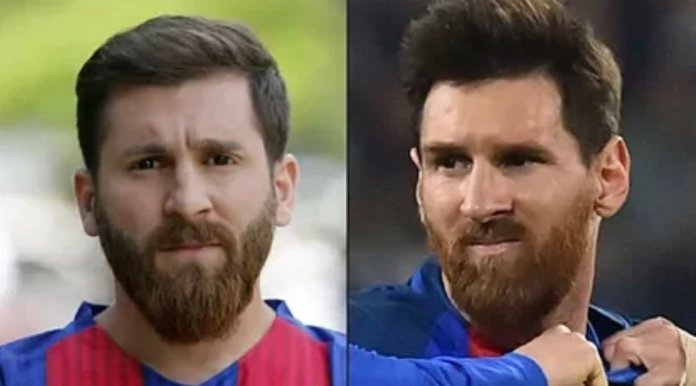 Fake Messi is Reza Parastesh, an Iranian man, who made headlines in 2017 after impersonating former Barcelona forward Lionel Messi and sleeping with 23 women who thought he was real.

How did Reza Parstesh pull off such a prank?

His father once gave him a Barcelona shirt and asked him to pose for a picture with it. The end result was fantastic and hilarious all at the same time.

Because of their resemblance, Parastesh even cut his hair and grew a beard like Barcelona captain Messi, heightening his resemblance to Messi.

In a 2017 interview with AFP, Parastesh stated that he aspired to be a carbon copy of Messi in every way. But, as Medio Tiempo put it, his celebrity grew at the same rate as his beard (and, of course, Messi’s).

Despite this, he got into trouble with the Iranian police because he tried to impersonate Messi by using his resemblance to him.

Despite his sense of humour, Parastesh has expressed concern about the severe harassment he has received as a result of this. Furthermore, he stated a desire to meet the real Lionel Messi in the future.

Still, he thinks his chances are slim, and he doubts the Argentinian legend is aware of his existence.

Reza Parastesh is a popular Instagram user with over a million followers. His striking resemblance to Lionel Messi has catapulted him to stardom.

Next post Fake Mr Bean: How a man disguised himself as Mr Bean, hosted a show in Zimbabwe where people paid to see him perform