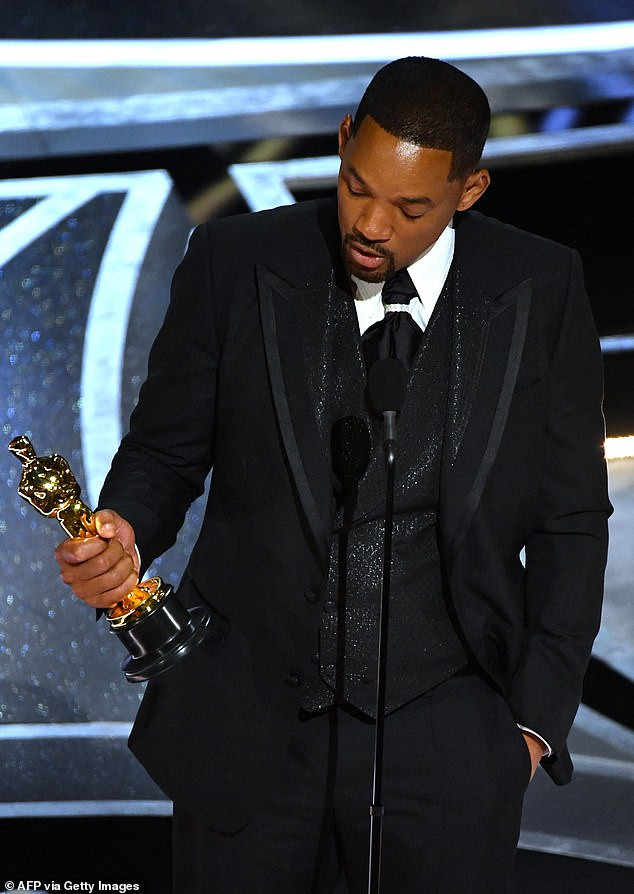 The Academy Awards could strip actor, Will Smith of his Best Actor award at the 2022 Oscar after he walked on stage and slapped comedian Chris Rock who was presenting an award on stage, after making a joke about Will’s wifeJada Pinkett’s hair.

According to the New York post, The Academy reestablished its Code of Conduct in 2017 during the Me Too Movement and is known to take a very a dim view of violence of any kind.

The Academy made known its disapproval of ‘violence of any form’ late on Sunday night, March 27.

After the award ceremony was over it tweeted: ‘The Academy does not condone violence of any form. Tonight we are delighted to celebrate our 94th Academy Awards winners, who deserve this moment of recognition from their peers and movie lovers around the world.’

According to Oscar rules, Smith would almost certainly have been removed by security guards and escorted out of the auditorium after the attack under normal circumstances, but the slap came moments before the award for Best Actor was to be announced.

The Los Angeles police department were also informed of what had occurred on stage but revealed later that no complaint had been filed.

Fifteen minutes after the attack by Smith, he picked up the biggest accolade of his life as an actor as he collected the Best Actor award making a tearful speech in which he attempted to link his outburst to his character in King Richard as someone who ‘defended his family.’

He also took a moment to issue an apology to the Academy and to his fellow nominees, but that may not be enough.

Twitter users were quick to call for his award to be taken from him as similar or less violent situations have result in the rescinding of the awards from past winners.

Harvey Weinstein was stripped of his membership in the organization after he was was found guilty of decades of sexual misbehaviour, including allegations of rape.

In 2017, Greg P. Russell, a sound mixer on 13 Hours: The Secret Soldiers of Benghazi, was been stripped of his Oscar nomination after he was caught phoning his fellow members from the Academy’s Sound Branch ‘to make them aware of his work on the film.

The calls were a ‘direct violation of a campaign regulation that prohibits telephone lobbying,’ a statement from the Academy said.

In 2014, the song Alone Yet Not Alone from the little-known film of the same name had its nomination for Best Original Song rescinded after composer Bruce Broughton, an Academy member and former governor, contacted fellow branch members by email, breaking Academy rules.

‘It’s basically assaulting. Everyone was just so shocked in the room, it was so uncomfortable’ An Academy awards executive told the New York Post.