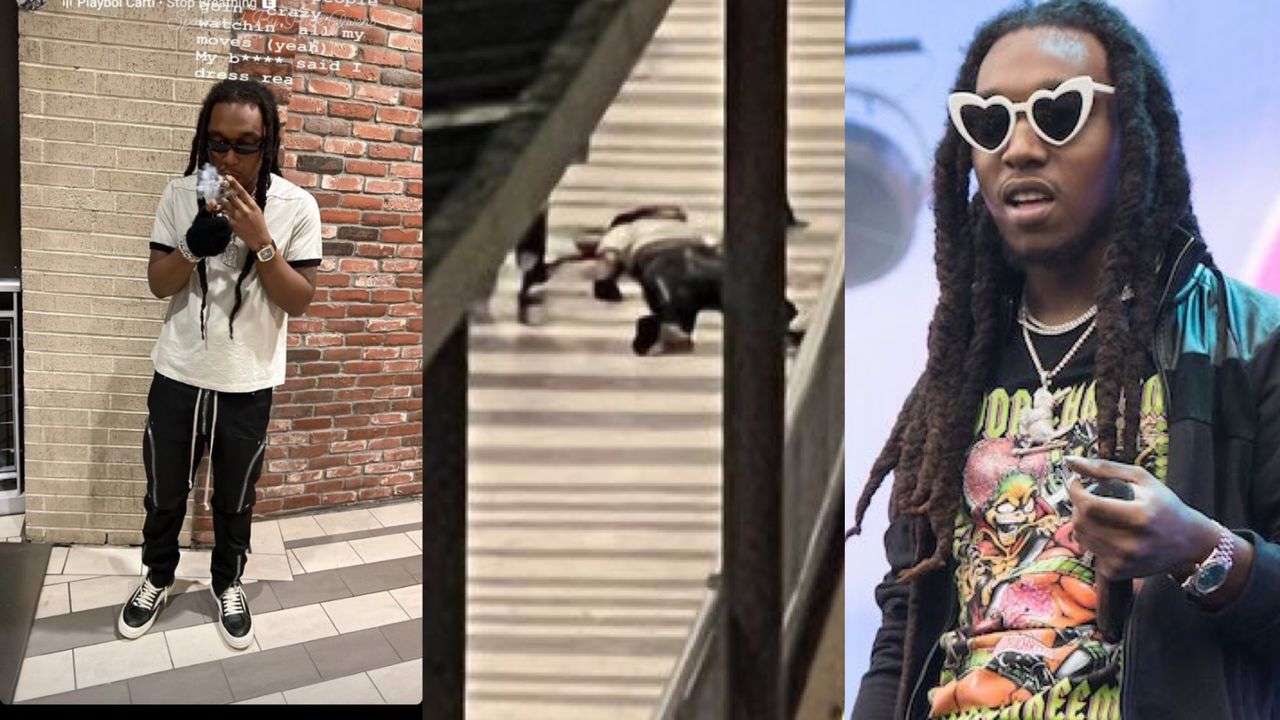 US rapper Takeoff in the early hours of today was shot dead by unknown men in Houston.

He was shot and killed following an argument that ensued from a dice game.

According to law enforcement authorities and numerous witnesses, the fatal incident occurred soon after 2:30 AM, when police received a call that a man had been shot at the bowling alley known as 810 Billiards & Bowling Houston.

According to reports, Takeoff and Quavo were there playing dice when a fight broke out. At that point, someone fired a gun, striking Takeoff either in the head or close to it.

On the spot, he was determined to be dead.

CCTV from the situation shows Quavo, who is wearing an orange shirt, as well as other people who have gathered around Takeoff.

Quavo screamed for someone to call for assistance as they initially attempted to move him before setting him back down.

According to the police, two further people were shot and transported to the hospital in private automobiles. What their conditions are is unknown. Quavo suffered no harm.

Takeoff shared a selfie from the bowling alley just a few hours before the shooting. Earlier that evening, Quavo tweeted a video of himself touring Houston with Jas Prince, who was commemorating his birthday.

Takeoff was the newest member of Migos; his true name is Kirshnik Khari Ball. Offset was his cousin, and Quavo was his uncle. Check the Trends.