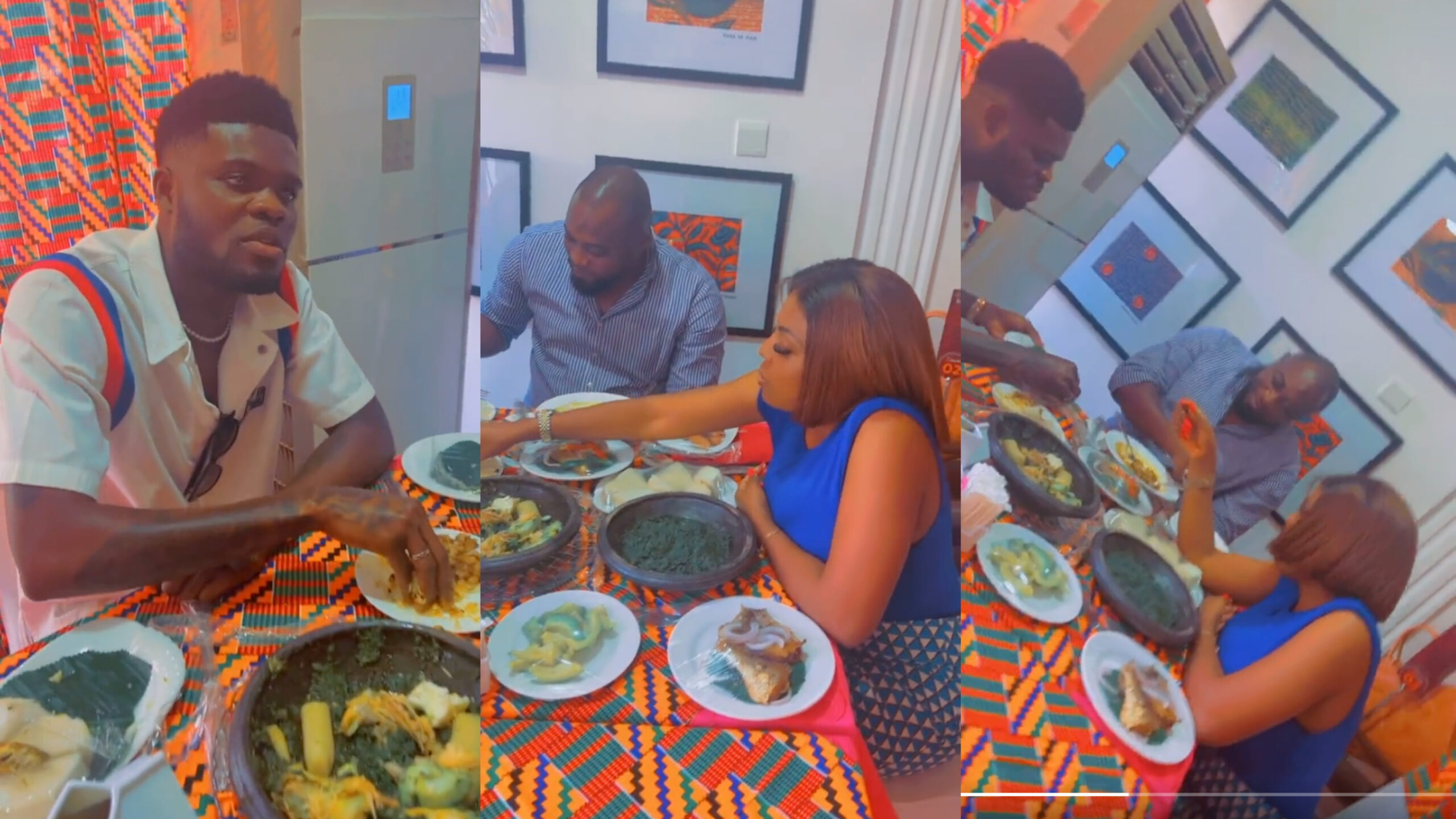 Ghanaian footballer Thomas Partey was treated to some local dishes in the company of the highly-rated Nana Aba Anamoah on his return to Ghana.

The Arsenal midfielder is seen dining with the GhOne TV General Manager from the same plate as they exchange pleasantries.

Nana Aba reached out to pick up a slice of food from Thomas Partey’s plate which the player withdrew. The two had to struggle for whom to take the last bite.

On the table were other local dishes like “Ampesi” etc. The two had another person in their company who silently watched on as Thomas Partey and Nana Aba Anamoah had a good time together.

Partey and Nana Aba Anamaoah have been good friends for a while.

As a Premier League player who is the highest-paid at his club and earns almost 10 million pounds every year, it is clear he has the social status to attract whoever.

Some of the comments suggested that the two might be seeing each other. Meanwhile, Thomas Partey had flaunted a British lady in recent posts which suggested that he already has numerous women in his life.

However, Nana Aba Anamoah should not be beyond reach if Thomas Partey wants her.

Previous post Sarkodie summoned by an Accra High court, this is why