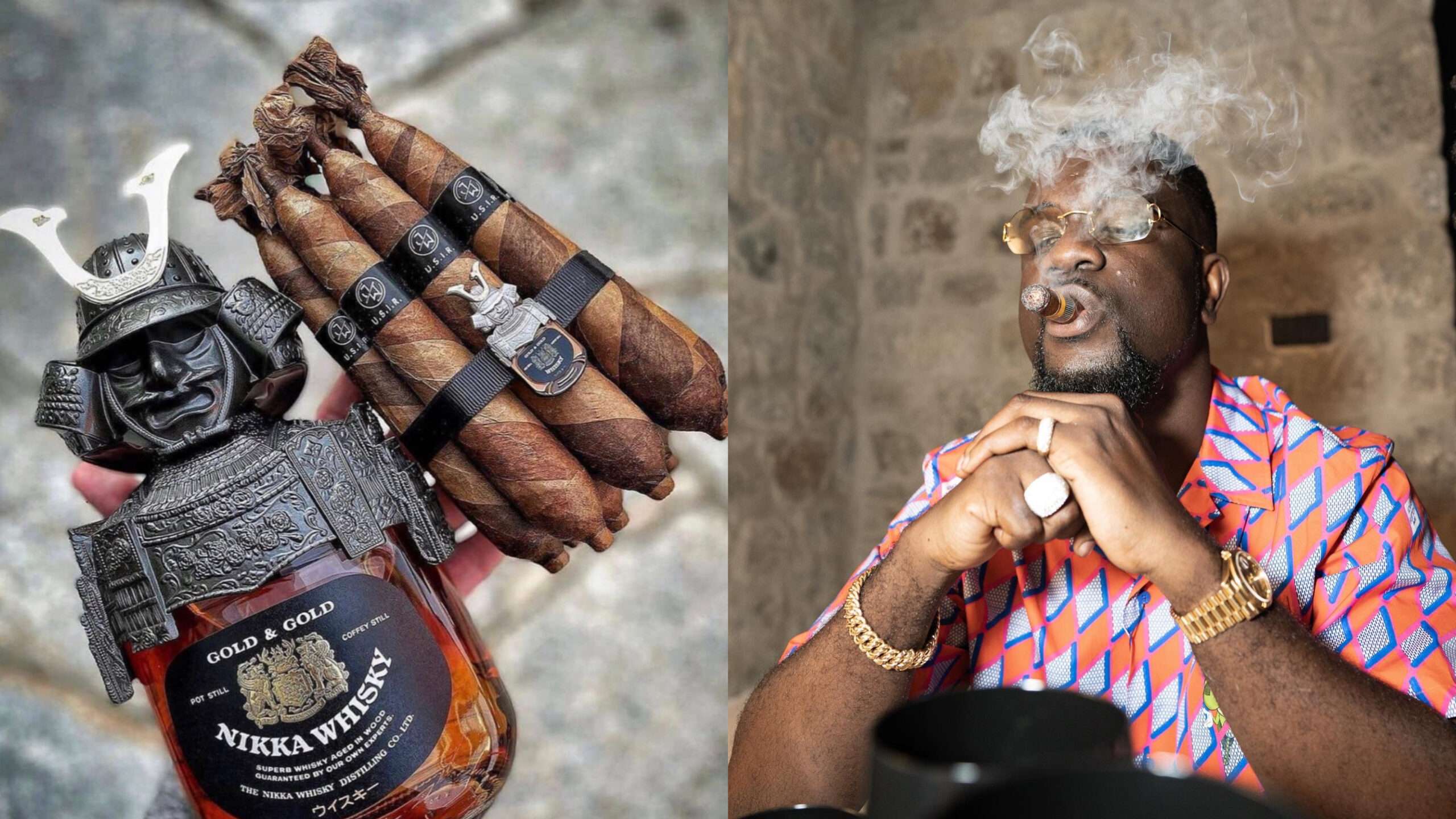 Whether consciously or unconsciously, Sarkodie has capitalized on the porosity of social media to promote the use of illicit drugs to fans and Ghanaians.

He has been doing this for a while where he occasionally, or randomly, shares photos of himself drolling and serenading in the thick flames oozing from his cigar. No one knows the content.

The impetus Sarkodie borrows after his supposed intoxication to recklessly share these pictures on social media, where the impressionable young are led astray, leaves much to be desired.

A day ago, Sarkodie shared photos where he is seen smoking cigars.

Hits different when you love it pic.twitter.com/cecAKqR2Ob

The photos did not sit well with most of his fans, who used to rate him so highly and never once assumed that he smoked.

However, a day after that, Sarkodie once again used his huge platform and massive influence to promote the use of drugs.

This was after he was invited by rapper Kwaw Kese to get some drugs and whiskey sorted out for their next meeting for a video shoot.

Sarkodie readily replied in the affirmative by assuring the ‘Dondo hitmaker of his readiness to get the questionable items available.

Sarkodie has been highly rated as a decent gentleman who does not dabble in risky social behaviours. His brand has been successfully built on class, professionalism, and a civilized attitude.

He has, over the years, been a perfect example of an enlightened rapper who does not give himself to the excesses of fame and money.

Well, the narrative appears to be changing, and it is changing at a fast pace. Perhaps he has got no point to prove to anyone.

Perhaps he believes smoking cigars is a mark of success and that his long, tedious journey as a Ghanaian rapper has shattered the glass ceiling.

Well, well, well! Is that a good argument to make for the thousands or millions who see him as a role model and assimilate whatever he does into their own lives?

Aside from the finesse of being a rapper, where you sometimes need to play the part, what benefits do these acts by Sarkodie serve in the long run?

Sarkodie, just like many other celebrities, should never, for once, downplay the impact their actions and inactions have on collective society.

Flaunting the smoking of cigars and marijuana and the promoting of the same is not and has never been a mark of elitism; it is nkurasesem!

He needs to be told!